We're trained to think sugar is bad — and that vegan cookies or vegetarian wine gums are good as god. But at ISM 2018, Cologne's international sweets fair, "poisons" depend on the dose. 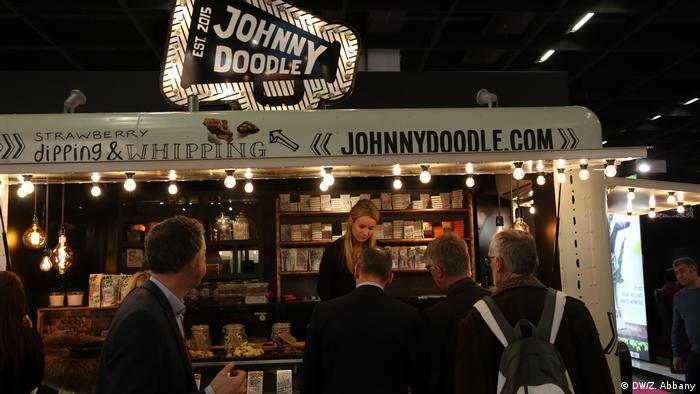 It's got to be one of the toughest jobs to make candy and snacks fit for the discerning consumer in 2018. The list of ingredients that food producers insist they don't use is so long it's a wonder the packaging doesn't say: May contain traces of … food.

"It's very difficult to make foods these days. And for the consumer, it's such a maze to find a product that is right for you," says Rob de Weert of Fruitfunk. "As an industry, we have a huge responsibility to communicate things fairly on packaging."

I would have thought companies were getting close to overdoing their labelling with all the "bad things" they claim to leave out. De Weert suggests there's a difference, though, between the front and back of packaging.

"On the back you cannot lie," he says. "So you write gluten-free but packed in an environment where gluten may fly around."

These claims may not be "fake," says de Weert, they are true — but if they're real, then they can't live up to our expectations of a product. 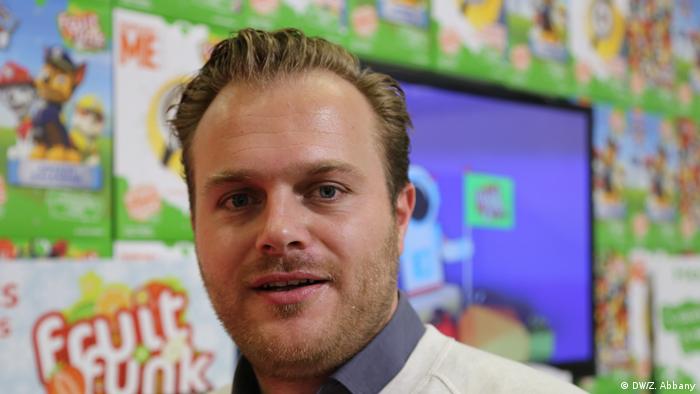 Rob de Weert of Fruitfunk: It's hard to get healthy snacks right these days

So what are our expectations?

Haven't we lost sight of the fact that sweets, candy, chocolates, and other fruity snacks are all unnecessary additives? They are an indulgence by definition. If you eat three solid meals a day, including the recommended portions of fresh fruit and vegetables, chances are you won't need any packaged goods at all. And that whole issue of what's true on packaging is solved. Or is it?

Take a company like Loacker. They have been making sweet wafers and other creamy, chocolatey delights for almost 100 years. Yes, they have had to adapt to changing tastes, and that includes using as little sugar as possible. But ultimately they make "indulgence" products.

And do they offer any health benefits?

It seems the fairest answer is the indulgence itself. After all, indulgence in sugary products releases endorphins. So the happiness you score from sweets has got to be a chief health benefit.

"Well, happiness is very important for people's overall mental balance!" laughs Loacker's Yvonne Profanter, albeit with a serious undertone. "So, yes, we definitely want to make people happy by creating indulgence. But we do not use anything that is really bad — we don't use hydrogenated fats, we don't use aromas, whether they're natural or artificial. We try to avoid anything that is potentially bad for your health." 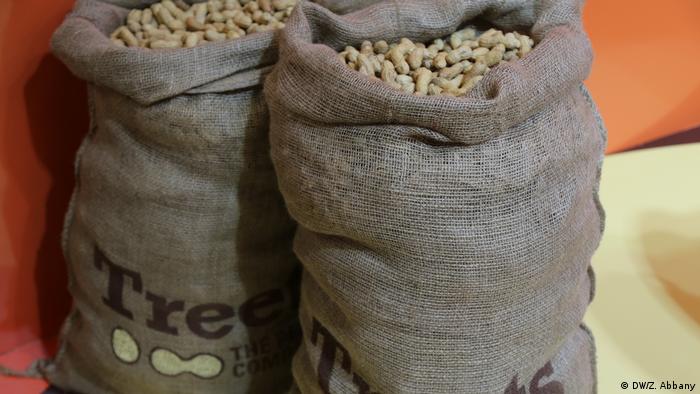 Nuts are full of goodness. But which is the best nut depends on which ones you're selling

Hydrogenated fats are a "trans" fat and generally recognized as unhealthy. So it's an easy one to exclude and as such a rather handy health claim.

But that's as far as health claims go. In fact, European regulation makes it very hard to make any health claims in the positive, so producers are almost always restricted to claiming positives by what they omit.

No sugar, no certification

In some cases, it's impossible to claim your product contains "no added sugar." For instance, sugar is a must in marzipan. Without it, your health claim would read "marzipan-free!"

The Niederegger company says it always aims to use more almonds than sugar in its marzipan. But this being Germany, "there are guidelines," says Kathrin Gaebel.

"You need sugar in marzipan or it wouldn't taste good, and you can't replace it," adds Gaebel. "If you want to call your product marzipan in Germany, it has to be one third sugar."

Sugar helps bind ingredients and it creates volume in a product. It is also necessary in dried fruits, like berries and the root plant, ginger. 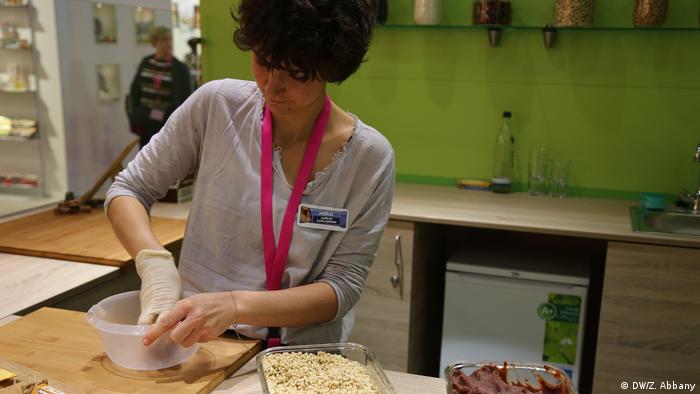 Nakd fruit bars are slow cold-pressed and raw. It's part of a growing health trend

Ginger is believed to have health benefits — it holds essential oils and apparently it's good against seasickness and indigestion. Some say it has negative side-effects as well. But it is often used as a medicinal tea, not to mention in cooking, in Southeast Asian countries.

Take your poisons in moderation

The Seeberger company has a range of dried fruit and nutty snacks. Its "sugar infused" ginger product consists of 55 percent ginger and the rest is sugar, dextrose, and the antioxidant sulfur dioxide.

"Our ginger is from the first harvest, so it's juicy and there's some water inside," says Seeberger's Joachim Mann. "If you just dried it, it would be too chewy and hard to eat. So we replace some of the water with sugar."

And so sugar rears its ugly head yet again. But let's not dwell on that. In any case, surely you can eat a bunch of nuts to counter any ill-effects from all that candy?

"There's a German saying: die Dosis macht das Gift. There's no point eating a kilo of almonds," says Mann. "A lot of nuts do contain saturated, unsaturated, monounsaturated and polyunsaturated fats, and all the unsaturated fats are good, but you have to mix it." 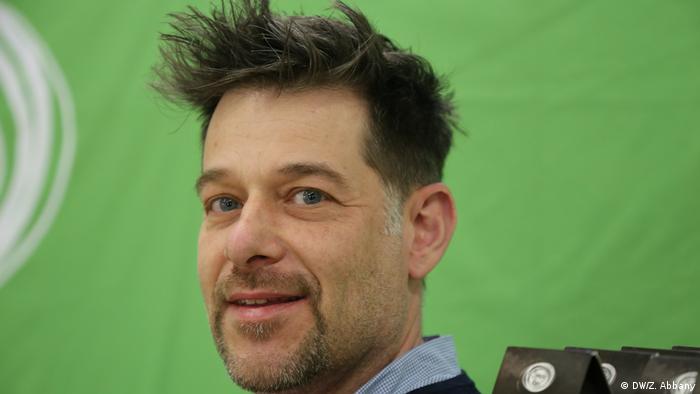 Treets - The Peanut Company, a subsidiary of Piasten, makes no bones about its sympathies: its chief financial officer, Joel-Florian Beck, cites a study by Maastricht University that suggests eating 10 grams of peanuts per day reduces the risk of heart disease by 17 percent. Interesting. And you sell …? Oh, peanuts. Yes. All clear.

For the record, I have not checked that study, and in any case, I'm always skeptical about research like that when it's unclear who funded it. But even if we take it at face value, make no mistake: the risk of heart disease will not drop further the more peanuts you eat.

Over on the savory side of the snacks, you could indulge in fried cod skin chips from IC Core, a company from Iceland. The cod is fished locally — "if you want cod, come to Iceland" — but there aren't many takers in the domestic market. Perhaps they are missing out. IC Core's Yana Tkachuk says their product is 60 percent protein, "so it's very healthy and you won't find as much protein in any meat." IC Core's cod skin snacks. Apparently it's the best cod in the world, but these chips were designed primarily for Asia

I wonder how German company Kraftfleisch feels about that. Their jerky is "low-carb, high protein, paleo-suitable" and rendered from "grass-fed cattle." I'm sure their product is packed with protein — judging from the monochrome muscly men on their website. The image is so tough you can smell the smoke through the packaging. But their "train hard, eat power" slogan does nothing for the "sit soft, eat chocolate" type like me. Or types like Joschua Schaap, a food scientist and quality and innovation manager at The Candy Store.

I'm obese and I feel fine

By Schaap's own (unprovoked) admission, he is obese. He should be unhealthy and on speed-dial for diabetes. But four doctors have assured him he is healthy. For now. Perhaps that has something to do with all the chocolate he eats — up to a kilo a day. 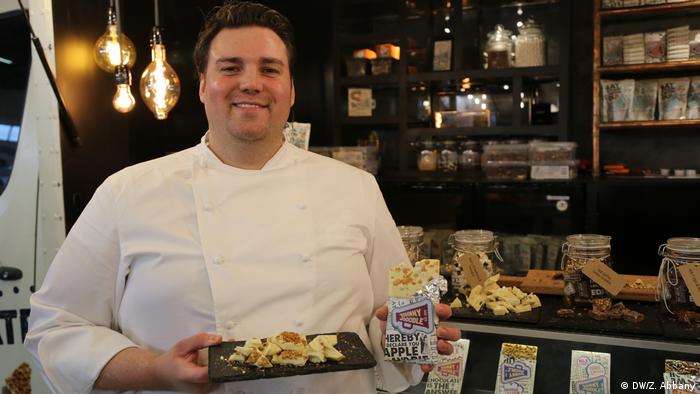 Joschua Schaaps of The Candy Company: He sometimes eats a kilo of chocolate a day. Well, he has to taste the product

"Cocoa is really, really good for you. It contains a lot of fiber and people forget that fiber boosts your immune system. It also has some vitamins and minerals," says Schaap. "So it is quite healthy if you look at it only from the positive side. But there's also a lot of fat in cocoa, and there's sugar in chocolate — and sugar is, of course, never healthy for you."

The higher the cocoa content in chocolate, the healthier it is — or, to be safe, the less damaging it is to your health. That's not least because there's less sugar, but also because the cocoa solids contain "the nutrients that are beneficial for your health," says Schaaps, "such as the antioxidants, polyphenols, minerals, vitamins and fibers."

But again, that doesn't mean that overdosing on cocoa is a good idea. For a start, 100 percent cocoa is "unpalatable."

Far more palatable — especially for kids and sporty people — are slow, cold-pressed, raw fruit and nut bars. Nakd and Simply Raw are just two companies in what is quickly becoming a crowded, trend-based market. The fruit bars still contain plenty of sugar but as the slow production process retains more of the nature fibers in the ingredients, you don't get that soft drink sugar rush, which depletes almost as quickly as the spike hits its peak. 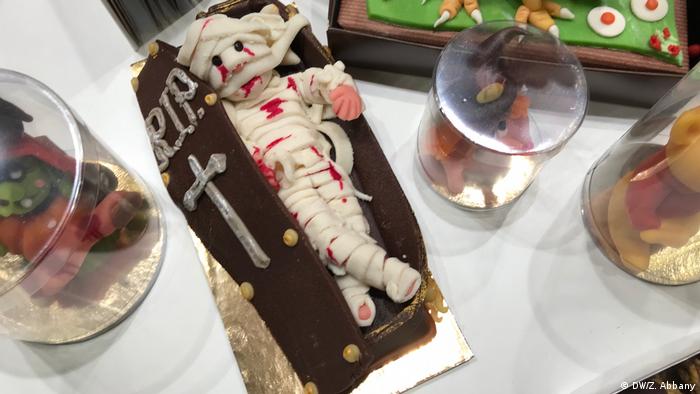 If you'd rather not end up looking like this, learn to enjoy candy in moderation

"The less you process, the less you heat, the less you cook, or whatever you do with the ingredients and raw materials, the better the product remains," says Leon Broer of Nakd Wholefoods, a subsidiary of Lotus Bakeries. "All the vitamins, the fiber structures and saturation remain the same."

There is a downside and that is that the ingredients — dates, pecan and cashews nuts and raisins — are quite expensive compared to overheads in the traditional confectionary industry, says Broer, and they produce faster: seconds compared to minutes.

Sun-drying fruits is an equally slow process, but Simply Raw's Oliver Thrun says it improves the taste and it's healthier too. But is it possible to live an entirely slow, unprocessed life?

"In my opinion, it is possible. More and more people are getting sick because they're eating things without looking at the ingredients list, and the main problem is that everything has to be cheaper and cheaper," says Thrun. "But we're at a point now where we need to start going backwards."

But whether you're going backwards, forwards, or sitting still on your sofa, it can't hurt to take responsibility for what you put in your body — no matter how transparent the labelling on candy packing is. If you want to indulge, indulge away. But be mindful that that is what you're doing. Or risk the consequences. It's simple, really.

Why St. Nicholas puts candy in boots and stole our hearts

Were your boots ready for St. Nicholas Day on December 6? DW's Sertan Sanderson explores why the saint means so much to both secular and religious people all over the world. (06.12.2017)

Computers are solving problems no human could ever decode — and in ways that feel distinctly nonhuman to us. Should we embrace or rethink the strange intelligence of machines?