How environmentally friendly are balcony plants? | Environment| All topics from climate change to conservation | DW | 14.05.2021 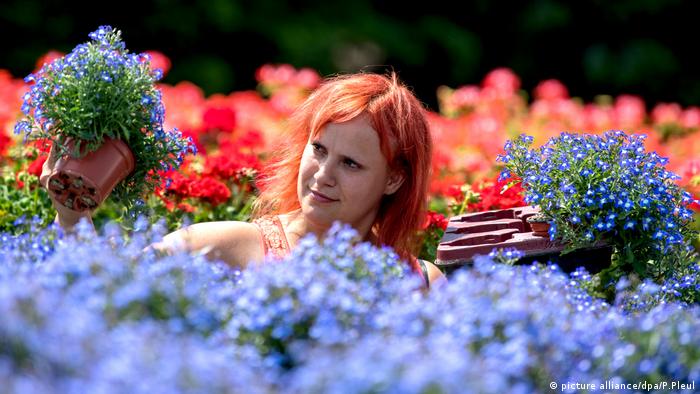 Pretty but not without impact

From violets and pansies to kitchen herbs, the longer spring goes on in the northern hemisphere, the more diverse our options are for outdoor flowers and plants. According to the German environmental nonprofit BUND, about a billion garden and balcony plants are sold in the country each year.

And those splashes of spring color on balconies and in gardens across Europe leave a lot of environmental damage elsewhere. Particularly cheap plants, which many people grab while shopping in the supermarket or hardware store, are often not grown sustainably.

"Most of them come from countries like Ethiopia, Kenya or Costa Rica," said Corinna Hölzel, a pesticide expert at BUND. 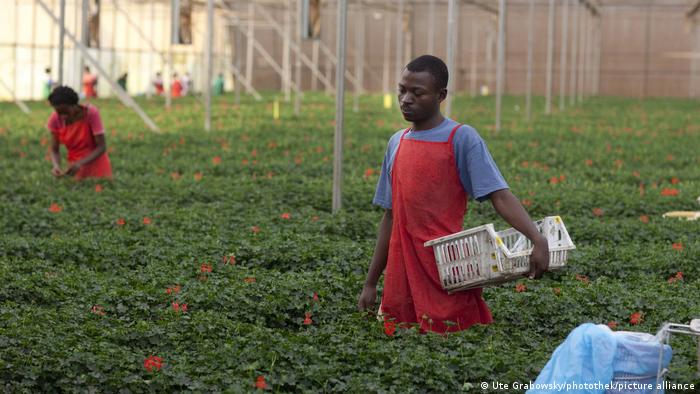 The climate in these regions is particularly suitable for cultivation, but young plants or cuttings are then flown from there to be grown further in the countries where they will be sold. Transport by plane releases CO2 greenhouse gases, but that's not the only problem, Hölzel said.

Using chemicals to get the 'perfect' plants

"Many pesticides are used in the countries of origin, sometimes even some that are banned in the EU because they are dangerous to our health," Hölzel explained. "In many companies there is hardly any protective clothing. The workers often work long days, have no fixed contracts, no trade unions, and often don't know what substances they are coming into contact with."

According to BUND, so-called compressing agents are also used in the cultivation of ornamental plants. These chemicals slow growth so the plants are neither too big nor in bloom before they can be sold. It is an example of using chemicals just for aesthetic reasons.

Various seals and certification systems are intended to ensure greater sustainability in the cultivation of ornamental plants. The certification group MPS, for example, works with more than 3,000 producers in 50 countries. The producers have to report how many and which pesticides they use, how much energy they need or how much fertilizer they use. If they significantly exceed regional comparison figures, they won't be certified. 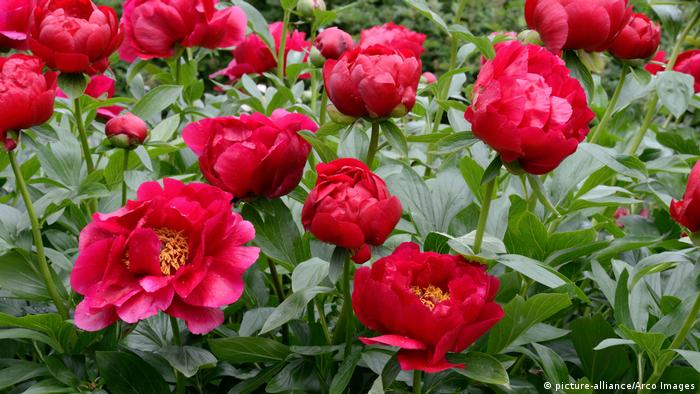 The aim is to use as little energy as possible in all areas and companies regularly receive sustainability reports that compare them to other growers in their region.

"When producers see that others are more economical than they are, it spurs them on to consume less, too," said Karin Spengemann, who is responsible for MPS in Germany. The idea is that it doesn't only boost profits, but helps the climate and the environment.

According to Spengemann, MPS has a "blacklist" of particularly dangerous chemicals, the use of which is prohibited worldwide. Otherwise, all substances permitted in a particular country can be used.

The GlobalG.A.P. certification system works in a similar way and is used by growers in 138 countries. To get the GGN label, growers must cultivate plants according to GlobalG.A.P. standards.

In addition, they must comply with the standards of the International Labor Organization by paying the national minimum wage and other social security obligations. Plants with the GGN label are mainly sold in Germany. MPS and GlobalG.A.P. producers can be inspected at any time.

Not all certifications are the same

BUND pesticide expert Hölzel takes a critical view of these two certification systems: "Both certifications primarily ensure traceability — the entire supply chain is documented. However, strict ecological guidelines are lacking; no specifications are made regarding pesticides, fertilizers or the use of peat. From an ecological point of view they are not recommended."

Those who want to ensure that their balcony or garden plants have been grown without the use of pesticides should instead look for an organic seal, Hölzel said. These types of certifications prohibit the use of genetic engineering, compression agents and synthetic fertilizers.

The Fairtrade seal is also recommendable, she said. The group does not ban all pesticides, but at least the most harmful ones, as well as genetic engineering. Additionally, good working conditions for employees are a key component of the Fairtrade program.

Klaus Bongartz from the German Association for Ecological Ornamental & Garden Plants (FÖGA) is less critical of the MPS and GlobalG.A.P. certification systems. For companies, using them could be the first step toward environmentally friendly cultivation. 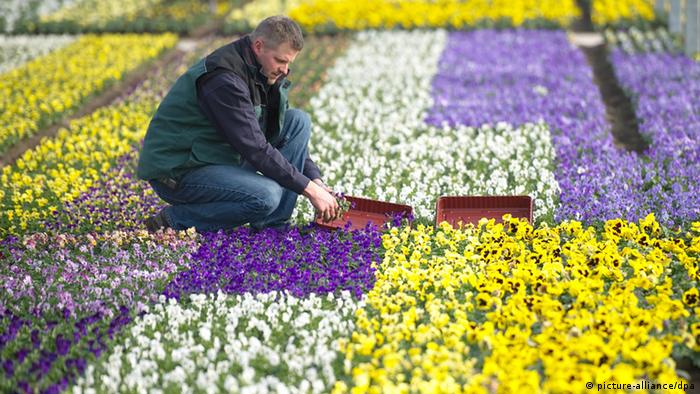 A rethink is also underway in many nurseries. Family farms do not want their children or grandchildren to come in contact with dangerous chemicals. Reports of insects dying off have also startled gardeners. "Many horticultural businesses are already doing without pesticides, and some are using 70-80% less chemicals than they used to," Bongartz said.

But the final step — applying for organic certification — is mentally the most difficult for most growers, he said. "Because then they really have to throw away the key to the poison cabinet forever."

Looking for alternatives to peat

Another problem that has not yet been solved in organic gardening is the use of peat. This nutrient-rich soil has perfect properties for plant cultivation: It stores moisture for a long time and, depending on the addition of other components, can be perfectly adapted to the needs of different plants.

Peat is obtained by bogs being drained, which in turn releases the carbon stored with as CO2. Globally, peatlands store around twice as much CO2 as all forests put together. They are also valuable ecosystems rich in species. According to BUND, around 10 million cubic meters of peat are used in Germany alone. That's the equivalent of 4,000 Olympic-size swimming pools. 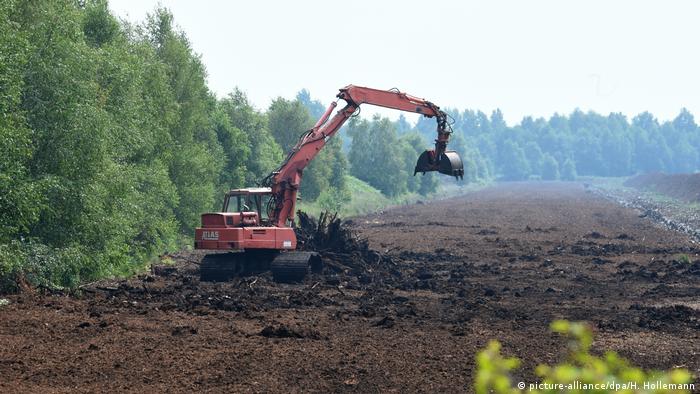 Using peat is great for plants, but not so great for the environment

That's why Bongartz encourages private gardeners to buy only peat-free soil. It is sufficient for normal planting. In plant cultivation, however, there is no real peat substitute yet. Since October, the organic gardener has been running a government-sponsored project to develop just such a substitute. The group is pinning its hopes on a food compost mixed with hard plant fibers.

But here, too, the devil is in the details. Coconut fibers, for example, are washed with a salt solution and have to be imported. In the end, Bongartz wants to avoid creating new problems through the best of intentions.

There is still another issue that not even organic cultivation can solve: To get balcony or garden plants into the ground in the spring, they have to have reached a certain size — and for this they need sufficient warmth and light. 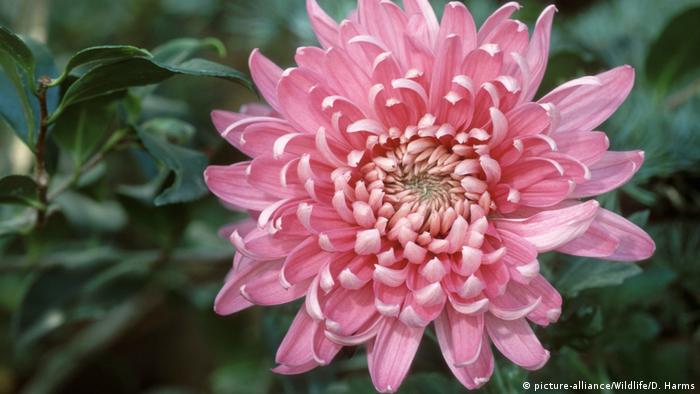 This often requires heated greenhouses or cultivation in warm countries, which means the plants have to be transported by plane. Both cases result in the generation of CO2, though studies have shown that unless renewables are used to heat, the latter generates more emissions than flying .

Regionally grown plants sold in summer have the best carbon footprint. They are usually grown without the need for extra heating. And perennials have the added benefit of lasting for more than just one spring.