Construction workers have started to remove two Picasso artworks from a government building in Oslo. They had been badly damaged during the car bombing by right-wing terrorist Anders Breivik in 2011. 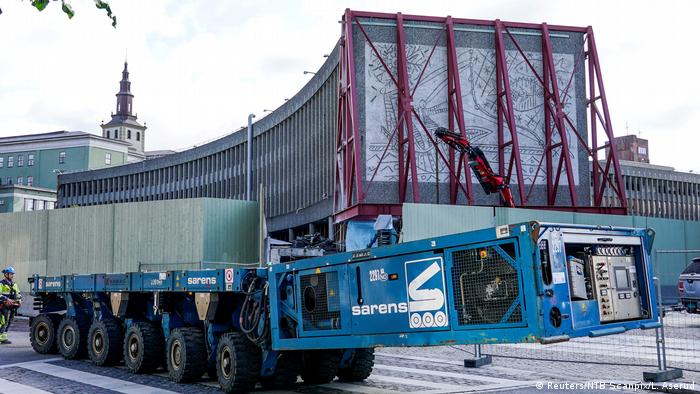 Nine years have passed since the far-right terrorist attack in central Oslo where the Y-shaped "Y Block" building, built in 1969, sustained severe damage.

It was July 22, 2011, the day Anders Breivik killed 77 people — mostly young people on a summer retreat on nearby Utoya island.

The modernist structure is set to be demolished for safety reasons, and two works by Pablo Picasso on the building's walls need to be moved to a new location as part of a major reconstruction project.

"The Seagull" and "The Fishermen" are based on sketches by the Spanish artist, and were painted on the exterior walls of the building by Norwegian artist Carl Nesjar using a sandblasting technique.

Both works have been packed up to be stored temporarily and are to be attached to a new building at a later date. 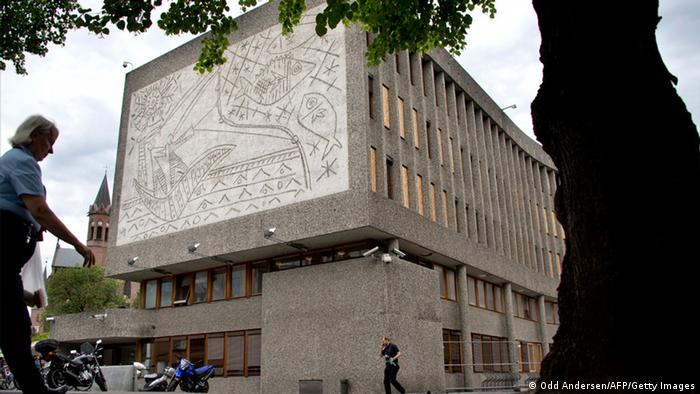 Critics at home and abroad demanded that the damaged government building be restored along with the works of art.

The removal of the two artworks marks the end of a years-long legal dispute. Gro Nesjar, the daughter of Norwegian sculptor Carl Nesjar, was among those who argued for the works to remain in place — as an integral part of the original brutalist building design by Erling Viskjo.

"The Picasso murals," she said in an interview with Art Newspaper, "were a monument to the resilience of the Norwegian people, to freedom, to building a new nation after the trauma of war."