For photographic artists from the GDR, it was often difficult and dangerous to take photographs or even exhibit their works. A new show honors the work of these artists, exploring 40 years of photography in East Germany. 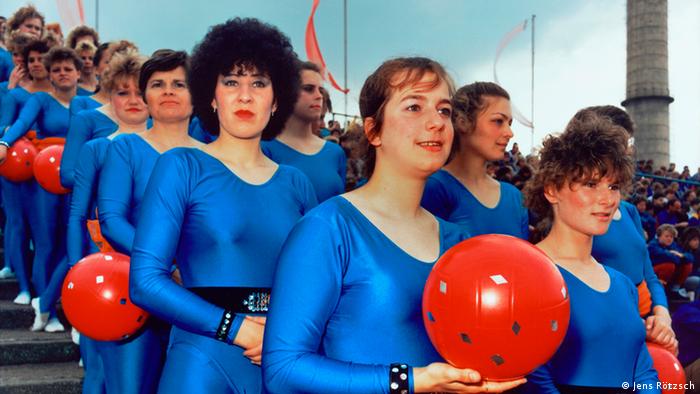 Curator Ulrich Domröse is pleased by the large public interest in the exhibition "Shuttered Society: Art Photography in the GDR 1945-1989," which confirms that he and the show's other three curators were on to something. Such an exhibition, which includes 250 very different works from 34 photographers, does not need to be tied to a particular historical anniversary. Rather, it simply requires a coherent concept, the right selection of images and a head-turning poster. 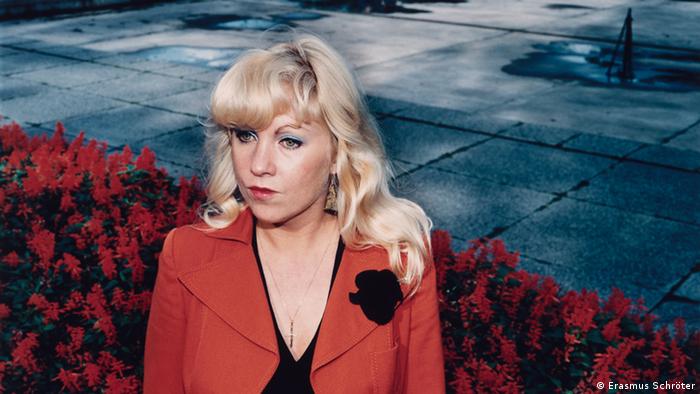 That last part is covered by Erasmus Schröter's striking photograph "Woman in Red," taken in Leipzig in 1985. Its shrill pictorial language looks totally familiar today, but back then it was new, off-key and obscure.

Why the flash? Why this woman? Is it a real scene or simply staged? It is a photograph which, like many in the exhibition, remains puzzling - but is all the more alluring for that very reason.

And that's what the show is about: The works are not there to be used as historical records to answer the perennial questions about life in the GDR, rather to be considered for their aesthetic qualities. 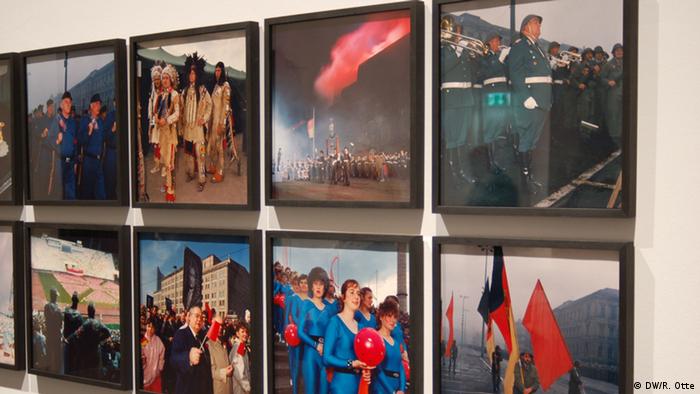 In that spirit, images from the fields of journalism, fashion and amateur photography have been left out of the exhibition.

"We have only concentrated on photography as an expression of artistic intent. On photographs, which from the start where produced under whatever circumstances, but used their medium in order to make images about what they were thinking or feeling," Domröse explained.

The result is a previously unknown spectrum of images ranging from derisive, defiant self-portraits to almost minimalistic cityscapes.

A number of the exhibited photographs were produced for solo exhibitions or publications, for example those by Gundula Schulze Eldowy. It is stimulating to view her works alongside those of her photography colleagues, particularly because the works in this survey exhibition do not show a particular photographic school or movement.

The artists only have the GDR period in common, and the fact that their photographic work was used to discover, process, or indeed, cancel out reality. 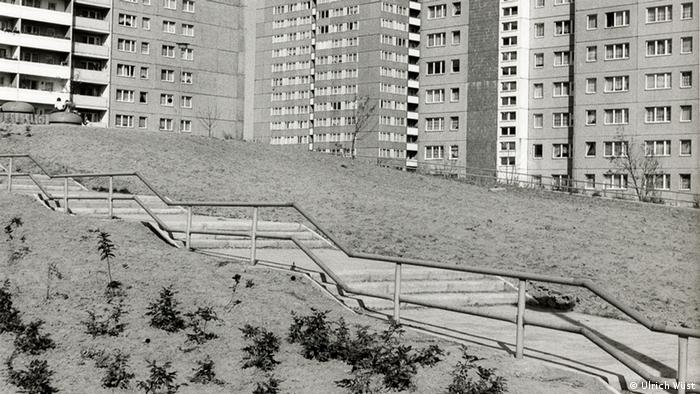 Gundula Schulze Eldowy is represented at the exhibition with a black-and-white series of casual, nude portraits. When she talks about her first solo exhibition in the GDR, she does so with her own effortlessness: "I was always a spoiled child and very cheeky."

Two hours before the opening, a special commissioner from the culture department at the district administration of the ruling Socialist Unity Party of Germany was sent to the exhibition. "They were so moved by pictures that they said to me, 'You know what, we shouldn't close the exhibition, we should just defuse it. Now help us take down some of the photographs,'" recalled Eldowy.

She was lucky, not to mention courageous. Consciously diverging from a collective, expressing your own opinion and doing so pictorially: The exhibition in Berlin shows how diverse that could look in the GDR between 1949 and 1989.

The majority of the works come from private photographic collections, but that does not diminish their value. Rather it is a compliment to the team working with Ulrich Domröse, who himself began to buy and collect contemporary GDR photography back in the 1980s.

Click on the picture gallery below for more examples from the exhibition "The Shuttered Society: Art Photography in the GDR 1949-1989," held in 2013 at the Berlinische Galerie in Berlin.

Picture gallery: Behind the scenes in the GDR

A new exhibition in Berlin documents over four deacdes of art photography as it developed in the German Republic. Including works by over 34 different photographers, it is the most comprehensive show of its kind. (16.10.2012)

Photography: The eye of the camera

See the world through the camera's eye. DW presents different takes on photography. (01.10.2012)

The creator of the world's most expensive photos, Andreas Gursky draws a crowd. His secret recipe: combining detailed precision with the big picture. Now, highlights from Gursky's oeuvre are on show in Dusseldorf. (26.09.2012)