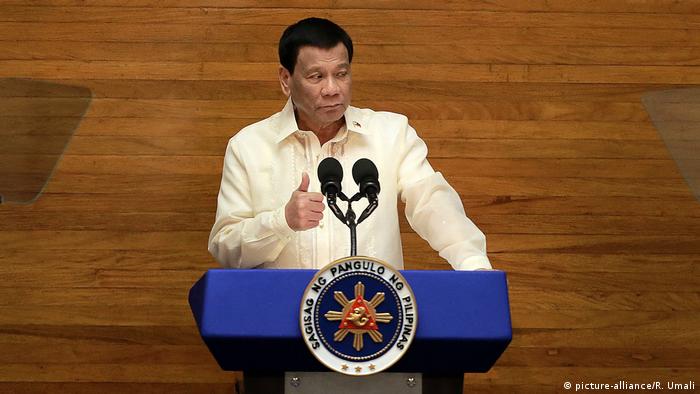 Candidates supported by President Duterte looked set to win most of the seats in a key midterm senatorial election in the Philippines, unofficial results showed Tuesday. With 94 percent of ballots counted, Duterte allies were on track to take nine of 12 open seats in the country's upper house.

Official, complete results from the nation's election commission are expected in the coming days, with the winning candidates expected to assume office by the end of June. "A win by pro-administration candidates would mean successful consolidation of power under the president," Ramon Casiple, executive director of the Institute for Political and Electoral Reform, told DW.

"Usually, the last part of a president's six-year term is when you see popularity going down and an administration having a hard time implementing campaign promises and passing laws. But that is not the case with this president," he added.

The preliminary results of the elections reflect Duterte's most recent public approval rating, which stood at a staggering 79%. Such a high approval rating almost three years into a presidency is unprecedented in Philippine politics.

After taking power in 2016, Duterte launched a series of polarizing initiatives like a brutal crackdown on illegal drugs, which is estimated to have claimed thousands of lives, and pro-China policies despite Manila's territorial disputes with Beijing over the South China Sea.

The deadly drug war drew condemnation internationally but mostly approval in the Philippines. "I don't like that a lot of people have been killed in the drug war, but I like that the streets are now safer at night. Even criminals are scared of Duterte," said Tonying Lopez, an office employee.

Others like Annie Cortez, a 58-year-old housewife and devout Catholic, have learned to dismiss the president's vulgarity and cursing of God. "Those are just words. What's important is his actions like passing a free education and healthcare law," she said.

Many Filipinos view Duterte's strongman image and invectives aimed at the likes of the European Union and the United Nations as elements of his uncompromising political will. 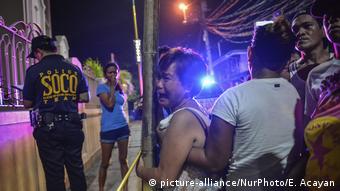 Political analyst Richard Heydarian says that Duterte's popularity is less about him and more about a longing for an authoritarian leader. In his book, "The Rise of Duterte," Heydarian writes that just before Duterte's rise to power, close to 60 percent of Filipinos preferred "a strong leader who does not have to bother about parliament and elections."

Similar numbers were observed in places like Turkey and India — countries that have also elected their own kind of a strongman ruler.

The midterm elections had about 43,000 candidates making a bid for some 18,000 government posts, among them more than 200 mayors and governors and 245 seats in a lower house in which Duterte is all but certain to retain his huge majority. The most crucial positions at stake are the 12 available slots in the 24-seat Senate.

Many experts see the Senate as the last hold out that stands in the way of Duterte's total dominance of the political landscape.

The lower house is already filled with Duterte allies and without a strong opposition in the upper house to temper the administration's divisive policies, many fear that Duterte will have the legislative clout to push through his economic and political agenda, including a constitutional change to a federal form of government that may allow Duterte to stay in power indefinitely.

"This will mean the elimination of the opposition. This will be a rubberstamp government that will serve the purposes of the Duterte administration and China. The lone voices of the opposition may be effectively silenced through the outright removal of the office of the vice president through constitutional change," Jose Antonio Custodio of the Manila-based think tank Institute for Policy, Strategy and Development Studies told DW.

"The issue now is if Duterte can translate these election results into sufficient votes to pass draconian laws like the reinstitution of the death penalty or push for constitutional change," political analyst Heydarian told DW.

However, not everyone seems concerned about the impact of the election results on the Senate. "Historically, the Senate has always been independent, regardless of the party list. It's the presidential elections that will really matter," said political analyst Alex Magno.

Meanwhile, Filipinos took to the internet to express their dismay with the initial election results. Local news outlets reported that online searches for "migrate" and "migrating," particularly to Canada, Australia and New Zealand, surged. Similar sentiments were also trending on Twitter with some users posting about their plans to "migrate as soon as possible" given the initial election results.

Sonny Thakur, a 32-year-old photographer, is one of those frustrated by the poll outcome, but told DW that migration is not an option for him. "Simply put: The Philippines is my home. I don't have a good reason to migrate."

The Philippines in the sights of IS

Despite losing its caliphate in the Middle East, IS has put down roots in Mindanao in the south of the Philippines. The government has promised Mindanao's Muslims more autonomy in return for combatting Islamist terror. (11.04.2019)

The Supreme Court has ordered the release of thousands of police documents related to President Duterte's war on drugs. Lawyers and activists dubbed it an important but partial victory. Ana P. Santos reports from Manila. (05.04.2019)