Rodrigo Duterte has said that during his time as mayor of Davao he would drive through the streets "looking for trouble." He claimed he wanted to set an example for police. 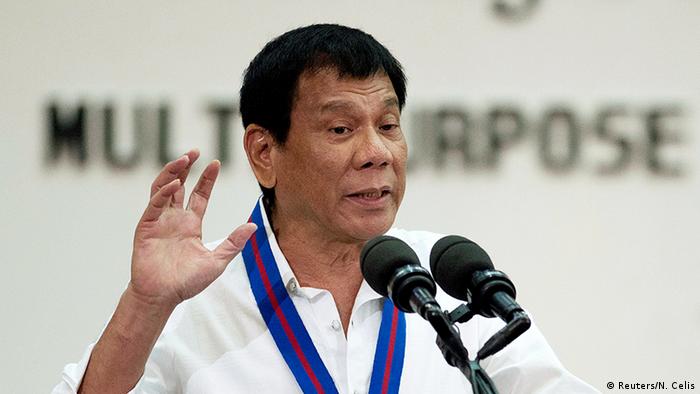 Bellicose and unconventional, Philippine President Duterte has been waging a ruthless drug war and defiantly turning away from old alliances. Can profiling his behavior help policymakers deal with his unpredictability? (03.11.2016)

Philippines President Duterte has scaled back his comments about military and economic separation from the United States. But he did say he was ending a Philippine foreign policy that closely leaned toward the US. (22.10.2016)

Philippine President Rodrigo Duterte's profanities have become his calling card, with the leader having insulted the pope and the US president, among others. Now, he says, God has told him to clean up his language. (28.10.2016)

Rodrigo Duterte, the President of the Philippines, has said that he personally killed suspected criminals during his time as mayor of Davao City, on the southern Philippine island of Mindanao.

During a speech at the presidential palace on Monday night, Duterte claimed that he had wanted to set an example for police, to show them "if I can do it, so can you." He said he usually rode his motorcycle on such excursions.

"I would just patrol the streets, looking for trouble also. I was really looking for a confrontation so I could kill," he said.

The 71-year-old took office in May, having promised a tough crackdown on organized crime, particularly drug crime.  He pledged that, under his law-and-order policy, so many bodies would be dumped in the Manila Bay that the fish would grow fat feeding on them.

Since his election, police have reported killing more than 2,000 people in "anti-drug operations."

While Duterte maintains that police are killing only in "self-defense," he has also said he will not allow any police officers to go to jail if they are found guilty of murder as part of his war on crime. 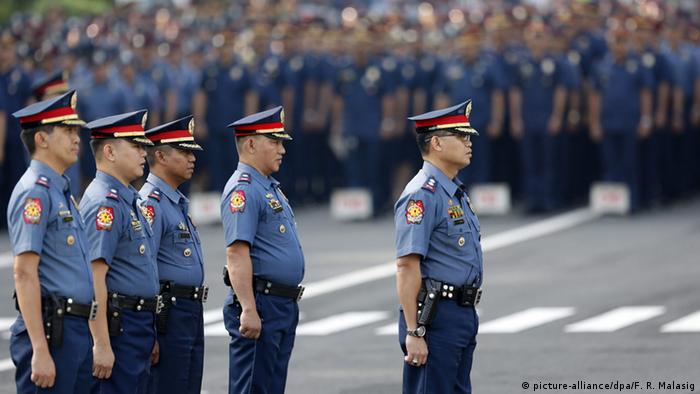 Police stand guard during a flag-raising ceremony in Quezon City, in the Philippines

Human rights groups have previously accused Duterte of running vigilante death squads in Davao that targeted suspected criminals, including children accused of petty crimes. The president had previously denied knowledge of and involvement in these killings.

In September, a self-confessed Davao death-squad member, Edgar Matobato, told a Senate hearing that then-mayor Duterte had personally shot a justice department agent and ordered the murders of opponents.

He claimed that one of the victims was fed to a crocodile. Duterte denied the accusations.