Muted outrage over Philippine drug killings | Asia| An in-depth look at news from across the continent | DW | 28.09.2016 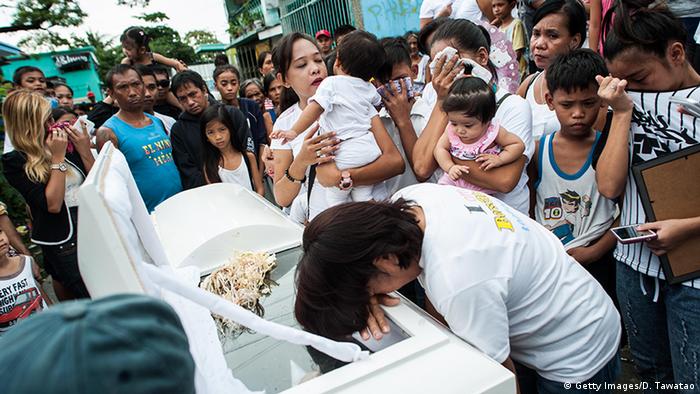 Every Friday, for over a month now, Carlos Budit, along with other human rights supporters and victims' families have been gathering at a designated public space, lighting candles to remember the people killed in President Rodrigo Duterte's war on drugs.

"We are trying to create circles of outrage and are calling for a stop to the killings," said Budit, spokesperson for the Defense of Human Rights and Dignity Movement (iDefend).

More than 3,000 people have been killed in police operations or by alleged vigilante groups since President Duterte came to power on June 30.

The killings have sparked international outrage. World leaders, including US President Barack Obama, have spoken against the anti-drug drive. But locally, the public outrage is somewhat muted. At the most, people speak out against the drug killings on social media. More than 3,000 alleged drug dealers have been killed since June

"I have been receiving death threats," said Budit.

Since iDefend featured in the local press about a month ago, Carlos has received a slew of hate messages on Facebook.

A sense of fear

"On social media, it's common for people who express concerns about the killings to be targeted with a torrent of abuse by [Duterte] supporters," Kine told DW.

"The fact that more than 1,000 people have been murdered by unidentified gunmen - possibly death squads linked in some way to police - also discourages people from actively opposing these killings," he added.

Duterte, who promised to crackdown on illegal drug dealers during his election campaign, secured about 40 percent of the total votes. It was not an absolute majority but Duterte supporters are extremely vocal and fiercely loyal to their leader.

There is an emerging public opinion that the killings of drug dealers are necessary. This is further fueled by Duterte's rhetoric. The president believes that drug users are criminals who deserve to die.

"There is a message arch framed by the president himself that encourages these killings," said Chito Gascon chairperson of the Commission on Human Rights (CHR).

A report by Asia Foundation states that extrajudicial killing "is an epidemic in the Philippines," where activists, local government officials and journalists are prime targets for death squad groups mostly made up of police, military and militiamen.

But some experts foresee that Duterte's ongoing war on drugs will cause a mindshift change among supporters.

"We will start to see different articulations of protest as those, who voted for him but are against the killings, will start to renegotiate their relationship with the president," said sociologist Nicole Curato.

'The tide will turn'

Senator Leila de Lima, who has openly challenged Duterte's drug war, launched a senate inquiry into the extra judicial killings in August. After the inquiry's third session, when de Lima brought in a prime witness who confessed to being part of Duterte's infamous Davao Death Squad, the Senator was stripped of her position as head of the justice committee. 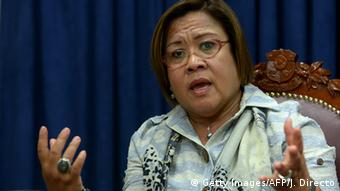 Former Secretary of Justice, Leila de Lima, is the most prominent critic of Duterte's war on drugs

"The concern about extra judicial killings will only heighten since de Lima's ouster has backfired. Many people who were willing to give Duterte the benefit of the doubt now think he is trying to suppress an investigation," said Walden Bello, former lawmaker and political analyst.

"Once people see that the killings are not solving the poverty issue and the economy continues to be dominated by vested interests, their initial approval of Duterte will wear off," he added.

To date, no one has been prosecuted or tried for the deaths.

Activists like Budit are preparing for a long battle.

"We are confident that the tide will turn because it [war on drugs] is not sustainable," said Budit.

Philippine President Rodrigo Duterte has said his country's drug problem was far worse than he anticipated when taking office. Around 3,500 suspected dealers and traffickers have been killed in the last 10 weeks. (18.09.2016)

The Philippines is facing calls for an international investigation into its president, Rodrigo Duterte. A self-confessed hit man has alleged Duterte ordered numerous murders while he was a city mayor. (17.09.2016)