Twin explosions in the Philippines have killed at least 14 people and wounded dozens. Reports said the first bomb had been attached to a motorcycle. 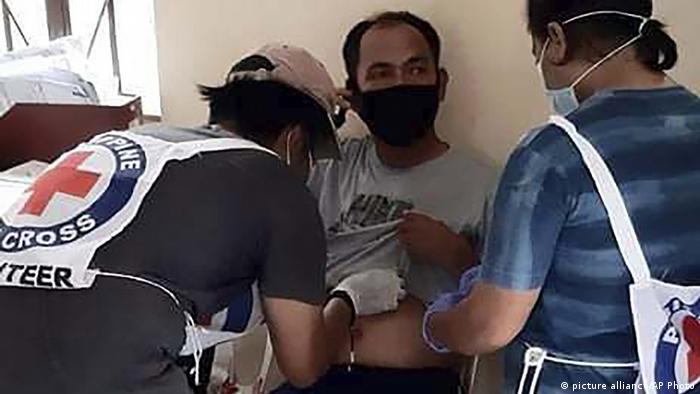 The first bomb detonated at around noon local time along a main street in the town of Jolo in Sulu province, around 1,000 kilometers (621 miles) south of Manila.

The second blast, carried out by a female suicide attacker, went off nearby shortly after the first explosion.

The bomber and a soldier were killed and several bystanders were injured.

A third, unexploded bomb was reportedly found in a public market. The combined explosions killed seven soldiers, six civilians and one police officer and injured 75 individuals, according to figures from the Sulu provincial government's information office. 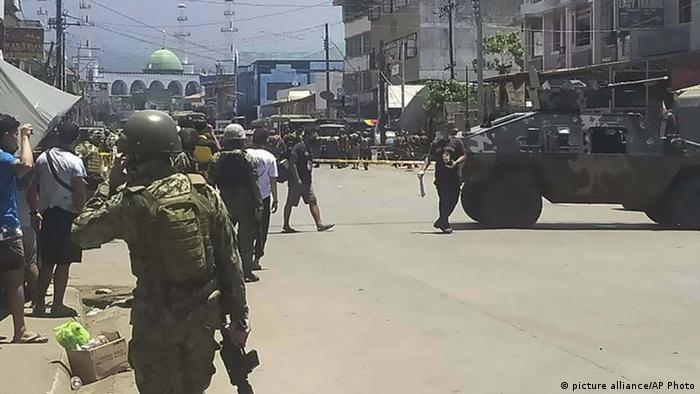 Troopers secure an area after the twin explosions in Jolo

The attacks are suspected to have been masterminded by Mundi Sawadjaan, a bomb expert with the Abu Sayyaf terrorist group, according to regional military commander Lieutenant General Corleto Vinluan.

Jolo, the main town on Jolo island, is a stronghold of the Abu Sayyaf militants, who has pledged allegiance to Islamic State.

The military is in the midst of a months-long offensive against the group, one of the most violent terrorist organizations in the Philippines. In past years, Abu Sayyaf was behind several bombings, kidnappings, and beheadings there.

More recently, military offensives and surrendering have caused the armed group’s numbers to dwindle down to a few hundred in recent years.

Is the so-called "Islamic State" aiming to use the Philippines as its bridgehead in Asia? IS took control of the predominantly Muslim city of Marawi in 2017, and it took the Philippine army five months to take it back.