Is the so-called "Islamic State" aiming to use the Philippines as its bridgehead in Asia? IS took control of the predominantly Muslim city of Marawi in 2017, and it took the Philippine army five months to take it back. 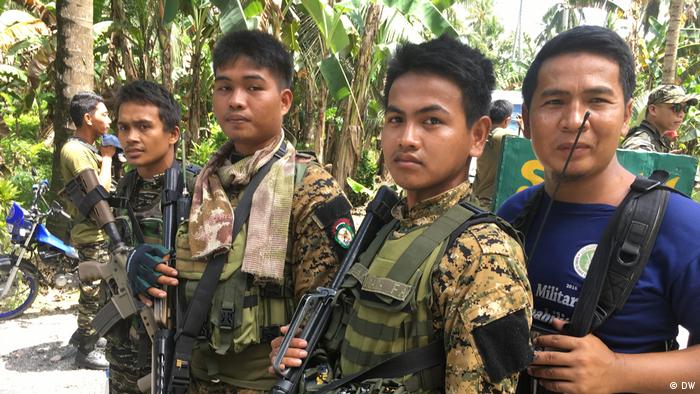 We report from a country that the so-called "Islamic State" apparently wants to use as a bridgehead to spread its ideology in Asia. Marawi's total destruction made the Philippine state look weak and incapable of defending its own territory. The IS fighters may have been defeated, but the grueling house-to-house fighting against a well-equipped army supported by the USA was a propaganda coup for the Caliphate.

Martial law still applies on Mindanao, the second largest island in the south of the Philippines where Marawi is located. More than 60,000 of the city’s inhabitants are still living in refugee camps or other emergency shelters, and reconstruction could take years.

The terrorist group’s capture of Marawi was the climax to an old, religiously charged conflict that IS did not cause but was able to exploit. A feud between local Muslim inhabitants and Christian colonial rulers and settlers from the north of the archipelago has been smoldering in the south of the Philippines for more than 400 years.

Many Muslims still complain about the discrimination they face from a mainly Catholic society, which is an ideal environment for the recruitment of new fighters for jihad. The fact that the Islamists' black flag flew over Marawi for 154 days could boost radical forces throughout the entire region. IS terrorists are also targeting neighboring Indonesia. And Rodrigo Duterte, a president better known for his toughness than his talent for peace making, is pouring fuel on the flames.