Philippine senator: ′No other recourse except to impeach′ Duterte | Asia | An in-depth look at news from across the continent | DW | 22.03.2017

Philippine senator: 'No other recourse except to impeach' Duterte

Philippine Senator Antonio Trillanes is one of President Rodrigo Duterte's staunchest critics. The lawmaker spoke to DW about the leader's contentious anti-drug campaign that has led to thousands of deaths. 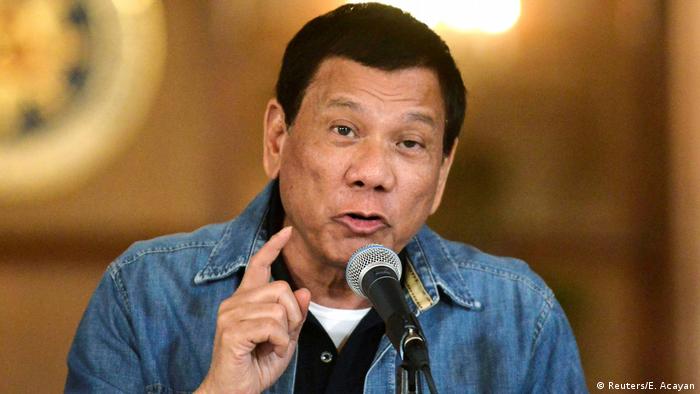 Challenging presidents is nothing new to Senator Antonio Trillanes IV. In 2003, Trillanes was one of the military officers who led more than 300 men in a bid to oust then-President Gloria Macapagal Arroyo.

The bloodless mutiny failed. Trillanes and his men were imprisoned and Trillanes spent more than seven and a half years in jail. While in prison, he campaigned for Senate using social media platform Friendster and won. He became one of the youngest elected senators in 2007 and served his senatorial seat from prison until he was pardoned by President Benigno Aquino III in 2010.

The Philippine House of Representatives has approved a bill to restore the death penalty, 11 years after it was abolished. The government has called the measure "a vital tool" in Duterte's war on drugs. (07.03.2017)

Bellicose and unconventional, Philippine President Duterte has been waging a ruthless drug war and defiantly turning away from old alliances. Can profiling his behavior help policymakers deal with his unpredictability? (03.11.2016)

During the 2016 presidential elections, Trillanes made his first attempt to discredit Rodrigo Duterte by exposing his bank accounts that were allegedly sourced from illegal drug operations.

Since then, he has turned into a thorn in President Duterte's side, promising to take down the Philippine leader and not stop until Duterte is in jail for his bloody war on drugs.

In this fight, Trillanes has an unlikely ally - a self-confessed hitman Arturo Lascanas who says Duterte ordered and paid him to kill.

In a DW interview, Trillanes calls Duterte's war on drugs "fake," and says that the president is pursuing it because he wants to control society and keep himself in power.

DW: Retired police chief Arturo Lascanas publicly confessed in February to being a core member of the Davao Death Squad (DDS) when Duterte was mayor. Now, a member of your party has filed an impeachment motion against Duterte, do you see an impeachment coming?

Antonio Trillanes IV: Well, that is the logical conclusion to all of this. You have two witnesses who are attesting to the fact that Duterte masterminded the killing of innocent people, including political opposition or critics while he was mayor of Davao.

We have also secured a set of documents showing that he has amassed ill-gotten wealth amounting to about 44 million euros ($47.5 million).

Then there is his complicity to what is happening now where there are about 8,000 people dead because of his fake war on drugs, which I believe he is doing because he wants to control society and keep himself in power - because that is what he did in Davao city. 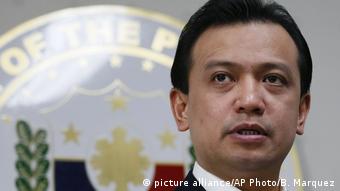 Antonio Trillanes IV: 'This is an opportunity to correct the error of the past elections'

You said "fake" war on drugs. What do you mean by that?

When you compare what happened in Davao to what is happening now all over the country, you will see that Duterte is using the same template of killing petty criminals, small-time drug pushers and users. But eight months into the war on drugs, not a single big-time drug lord has been killed.

An Amnesty International Report released in January revealed that police officers were offered rewards of up to 277 euros for each target killed. Lascanas claimed that he got a monthly allowance of 1,852 euros for being a core DDS member. Where is the money to fund these operations coming from?

In Davao city, they have peace and order funds which are supposedly used to pay salaries of the personnel tasked to maintain peace and order. But a random checking of the Commission on Audit (COA) revealed that these are ghost personnel. None of these people existed.

On record, they have 11,000 employees and a total budget amounting to around 13 million euros. That could be one of the sources of the operational funds for the DDS and how he would pay off the rewards to the officers.

From that, it looks like taxpayer money is being used to fund the killing of other Filipinos. Isn't it?

Well, technically that's correct. In Davao city, definitely, local government funds were being used to kill Davaenos (the term used to refer to people living in Davao). At the national level, we are still investigating.

Is there any evidence showing drug lords as a source of funds for the DDS?

No, not yet. We're not there yet, but we're trying to establish the relationship of this known drug lord Charlie Tan and other drug traffickers with Duterte.

Duterte prides himself on having total control over Davao city, his kingdom. Nothing happens there without his consent or approval. Therefore, following that logic, these drug lords, illegal gambling and all those illegal activities are able to operate in Davao because he allowed it.

Based on what you have gathered so far, how do the police feel about being directly implicated in drug-related killings?

The default here is for the ordinary policeman to follow the orders that are given. There is a small number allowing themselves to be used. Similar to what Lascanas said, they actually believe that they are doing something for the country and getting a little something on the side. And there are policemen who are actually doing it simply because they are ordered to do so.

I wouldn't want to lump them into one group of unscrupulous law enforcement officers. That's the tragedy for them. The president unleashed them early on to do the dirty job of killing fellow Filipinos and when the going got tough, when the international media and international agencies started breathing down his neck, he left them out to dry, shipping off allegedly corrupt policemen to other troubled parts of the country.

As Duterte remains very popular at the moment, do you really expect this impeachment motion to go through?

That's the usual cynicism I get when the impeachment issue comes up. We should make it simple. It is the right thing to do. Because there is no other recourse except to impeach him. You cannot file a case in court. This is an opportunity to correct the error of the past elections.

Isn't it going to lead to more instability?

No, we're already unstable right now. We are trying to put some stability into the country.

This is the second president that you've tried to oust. People are asking: Is this becoming a habit?

I hope not. Believe me, fighting a sitting president is the last thing anyone would want to do, especially me. I am on the last stretch of my term as senator. It would have been safe and convenient for me to probably suck up to this president.

For some reason, I am being led in this direction. Information is falling on my lap, information I cannot possibly turn away from. 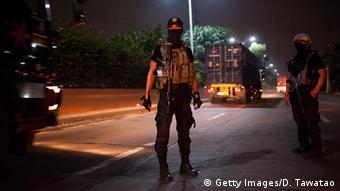 Duterte's anti-drug campaign has led to thousands of deaths

That information has probably been coming from Lascanas. How did he come to you?

A priest that I know told me about Lascanas wanting to become a witness against Duterte. I was really skeptical. During the Senate hearing (in October 2016) when he first denied the existence of the DDS, I believed this man to be a hardened hitman and extremely loyal to Duterte. You can't expect someone like that to change.

Why did he pick you?

It was again ironic. But probably he saw the sincerity in my advocacy against Duterte and felt I wouldn't leave him out to dry. Now, we are in this fight for our lives together. That's how the divine works.

After Senator Leila De Lima was arrested and thrown in jail, you now emerged as the fiercest critic of the president. Do you think that you will face the same fate?

When Lascanas came to me, he warned me about a hit order on me. They were going to make it look like an accident. It was one of the first things he said to me because he was guilt-stricken.

Duterte supposedly ordered a hit on me but no one is carrying out. It's not something to be happy about but it's not the first time. When you go up against a president, especially one as ruthless as Duterte, you have to assume that it's part of it. Let's say that I've never been complacent but I'm also pragmatic enough to know that you cannot stop the president from carrying this out.

Antonio Trillanes IV is currently serving as a senator of the Philippines.

The interview was conducted by Ana P. Santos.