The Philippine House of Representatives has approved a bill to restore the death penalty, 11 years after it was abolished. The government has called the measure "a vital tool" in Duterte's war on drugs. 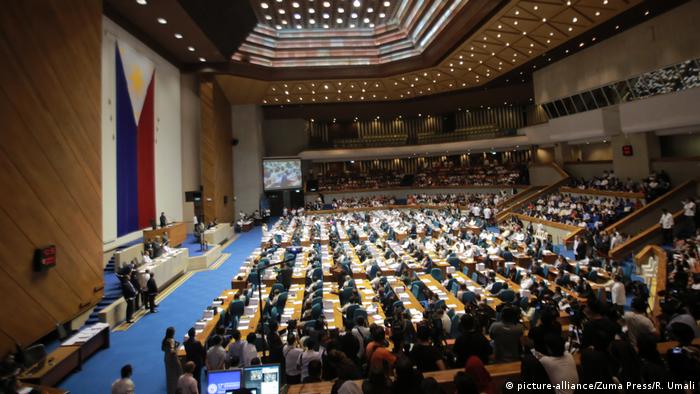 The Philippine lower house approved the legislation on Tuesday with 216 votes in favor, 54 against and one abstention.

The proposed bill must still be passed by the Senate before it can be signed into law by President Rodrigo Duterte, whose aggressive campaign against drug users and pushers has killed thousands since he took office in mid-2016.

A spokesman for the president said the restoration of capital punishment "underlines the Duterte administration's goal to reduce illegal drug-related criminality." 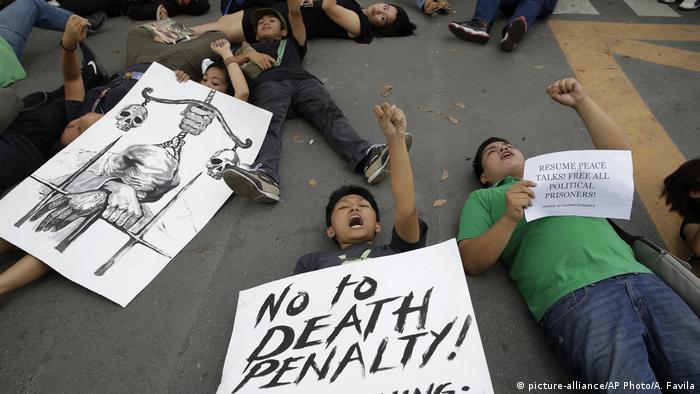 Anti-death penalty protesters rally outside the House of Representatives in Quezon city, north of Manila

As lawmakers voted on the bill, activists from human rights groups held demonstrations outside the House of Representatives. Opponents, largely led by the country's influential Roman Catholic church, have vowed to question the law before the Supreme Court once it is signed.

"The death penalty is an abhorrent punishment. It forecloses the reformation of the convict. It victimizes the poor. It is not the solution to criminality," Edcel Lagman, one of the 54 who voted against the bill, said. 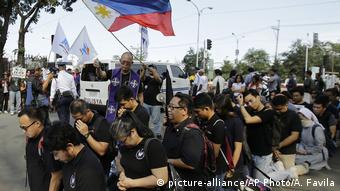 Capital punishment has long proven a divisive issue in the predominantly Catholic nation. It was the first Asian country to abolish the death penalty in 1987, before restoring it in 1993 for crimes such as murder, child rape and kidnapping. The penalty was again abolished in 2006 by then-President Gloria Macapagal Arroyo, who also voted against bringing it back during Tuesday's session.

The new death penalty initiative applies only to drug-related crimes, including production and trafficking. It excludes offenses previously covered by the law such as rape, treason and economic plunder. The penalty would be carried out by hanging, lethal injection, or firing squad.

As bodies pile up on the country's poorest streets, so does the evidence implicating the Philippine National Police (PNP) and President Rodrigo Duterte in the extrajudicial killings. Ana P. Santos reports from Manila. (02.03.2017)