The investigation by Amnesty International (AI) has documented how police in the Philippines were paid per body. The operations were part of President Duterte's war on drugs, which has killed thousands of individuals. 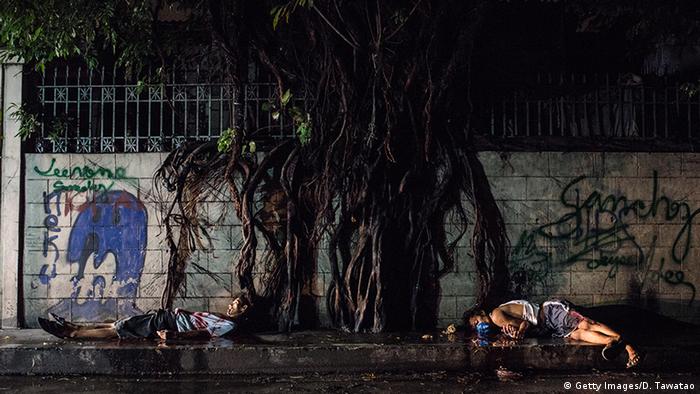 In the report released Wednesday, entitled '"If you are poor you, you are killed"': Extrajudicial killings in the Philippines' "War on Drugs,"' Amnesty accused the police force of targeting the poor in "widespread, deliberate and systematic" extrajudicial killings that were ordered by superiors and condoned by Duterte's policy.

"The police are behaving like the criminal underworld that they are supposed to be enforcing the law against," the report said.

In what Amnesty called "an economy of murder," a cash reward paid out for every dead body incentivized police to kill individuals who were mostly poor and often defenseless. According to testimony in the report, payment ranged from 8,000 pesos (US $161) to 15,000 pesos (US $302) per "encounter," a term used by police to give a veneer of legitimacy to the extrajudicial killings.

No payment was provided for arrests made.

Police targeted individuals taken from unverified lists of alleged drug users or sellers provided to them by local authorities. In some cases, individuals names could be added arbitrarily based on petty grievances or personal vendettas.

In the investigation, Amnesty examined the killings of 59 people. Throughout November and December 2016, researchers conducted 110 witness interviews and reviewed police reports.

Since Duterte took office seven months ago, over 2,500 individuals have been killed by the police while almost 4,000 others have died in unexplained circumstances. He has condoned police killing as an effective means of ridding Philippine society of drugs and bragged about personally killing suspected criminals.

However, Duterte lashed out at police for corruption after the news broke that Philippine National Police had kidnapped and killed a South Korean businessman on false drug charges.

In the report's conclusion, Amnesty called for the Duterte government to further investigate into the mass killings.

"Amnesty International is deeply concerned that these deliberate and widespread killings, which appear to be systematic, planned and organized by the authorities, may constitute crimes against humanity… the state has an obligation to investigate, prosecute and punish those responsible for these crimes under international law and for other gross violations of human rights."

Over 1,900 killed in Philippines' war on drugs

The Philippines' police head has said he will remain undeterred in his fight against illegal drugs. The announcement follows widespread criticism over the deaths of more than 1,000 drug suspects. (23.08.2016)