The Philippine police chief has withdrawn the national police force from the controversial anti-drug operation. More than 7,000 drug-related killings have taken place since it began in July. 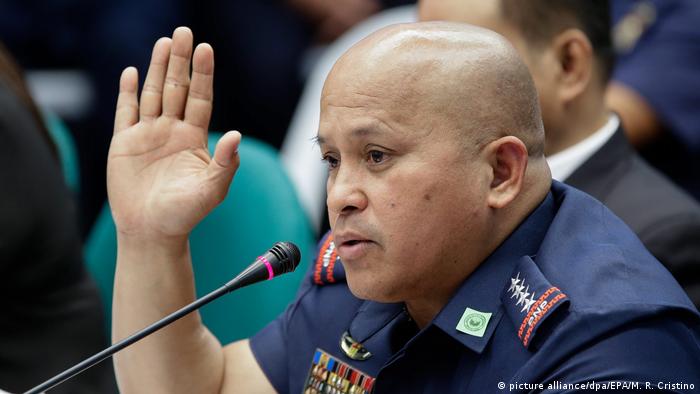 Police Director-General Ronald Dela Rosa said on Monday that the country's unprecedented war on drugs had accentuated the issue of police corruption within the force.

Rose said he was disbanding all police anti-narcotics units with immediate effect in a massive purge of officers involved in crimes.

"No more drug operations," he told officers at the main police camp in Manila, promising that the force would "cleanse our ranks."

"To all the rogue cops, beware! We no longer have a war on drugs. We now have a war on scallywags," Dela Rosa later told reporters.

Rogue officers to be weeded out

A new task force is to be created to investigate and remove rogue officers before operations resume, he added.

Police corruption was brought to the fore by the alleged kidnapping and killing by police of a South Korea businessman, who was reportedly arrested in October on false drugs charges and later strangled to death inside a vehicle at the national police headquarters.

Dela Rosa's offer to step down over the killing was rejected by the country's outspoken president, Rodrigo Duterte, who ordered the controversial war on drugs when he took office in June.

An estimated 7,000 drug-related killings have occurred, including more than 2,500 suspects who allegedly fought back and were gunned down in clashes with officers, according to police figures. 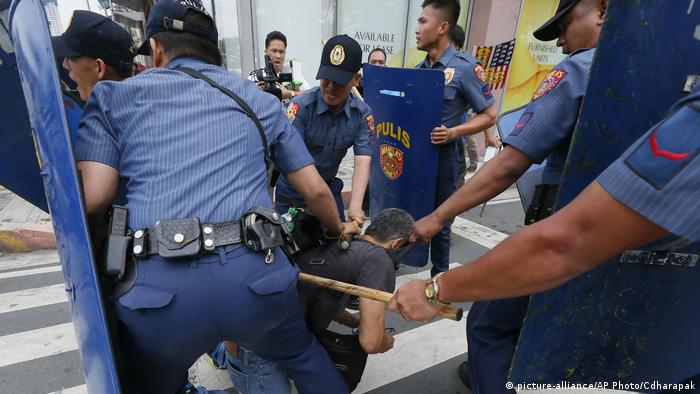 Police have been accused of brutality in their anti-narcotics crackdown

More than 7,000 people have been killed since Rodrigo Duterte came to power seven months ago and declared war against drug use. But one man left for dead survived; he has appealed to the high court for help. (26.01.2017)

Rodrigo Duterte has said that during his time as mayor of Davao he would drive through the streets "looking for trouble." He claimed he wanted to set an example for police. (14.12.2016)

The unprecedented scale of the operation has led to strong criticism from human rights groups, who have accused the police of covertly carrying out extrajudicial killings.

More than 7 million homes of drug suspects have been raided and more than 1.1 million mostly drug users have agreed to undergo rehabilitation.

Duterte has been unwavering in his defense of police involved in the anti-drugs operation, despite international criticism over the death toll.

He has, however, frequently voiced frustration at police corruption, and on Monday suggested that up to 40 percent of officers were corrupt.

Duterte made it clear the wider drugs war would continue until his presidency ends in 2022 and Dela Rosa said he hoped operations could resume within a month.