Neil Tennant and Chris Lowe have had an apartment in Berlin since the end of the 2000s. The Pet Shop Boys are now dedicating their new album, "Hotspot," to their adopted home. 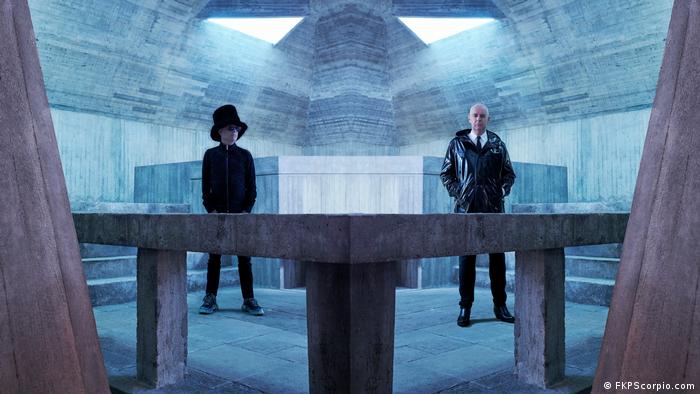 Most Berliners will simply keep doing their business if they happen to cross paths with a celebrity, which makes it an attractive city for stars.

Pet Shop Boys Neil Tennant (65) and Chris Lowe (60) are also among the fans of the German capital, which is why they dedicate their new album, Hotspot, to Berlin, where they've both had an apartment since the end of the 2000s.

On Hotspot, they sing about a walk about around the Schlachtensee lake, a piece of cake in Zehlendorf — activities that seem appropriate for their age. But then the journey moves on to the U1 subway line, which famously ends in the party district of Friedrichshain. Singing the praises of Berghain is not generally what people in their 60s do — and you wouldn't guess the musicians' age by the sound of their latest compositions. 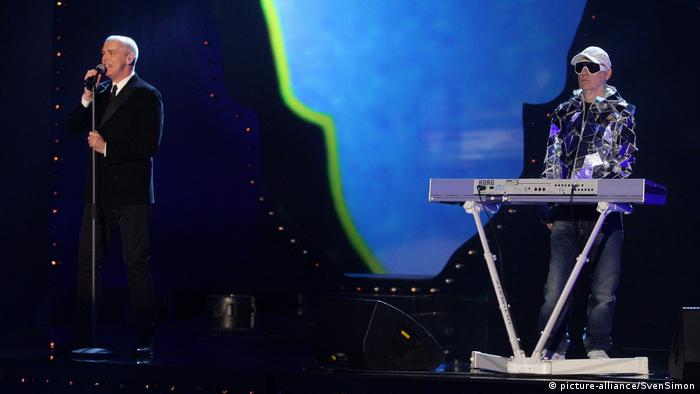 Pet Shop Boys at a TV concert in Erfurt

In the song "Monkey Business," the Pet Shop Boys also show how they still enjoy fooling around. The song's 1970s disco beat is fueled by champagne, joints and one-night stands — and moving on when the party is over. The unmistakable voices and music of the British pop duo haven't aged at all.

Hotspot is a wonderful hedonistic declaration of love to Berlin.

Berlin's U-Bahn as a Dreamland

Already released in September, the clip features an untypically clean version of a U-Bahn station in Mitte — even though it does include graffiti and a yellow band blocking an escalator.

If it says "Pet Shop Boys" on the album, it's the Pet Shop Boys you'll get. This has been appreciated by fans since 1985 — the year Tennant and Lowe conquered the charts in the UK and the US with their single "West End Girls." Hit after hit followed; "Suburbia," "It's A Sin," the electronic covers of "You Are Always On My Mind" and "Go West" are all pop classics. 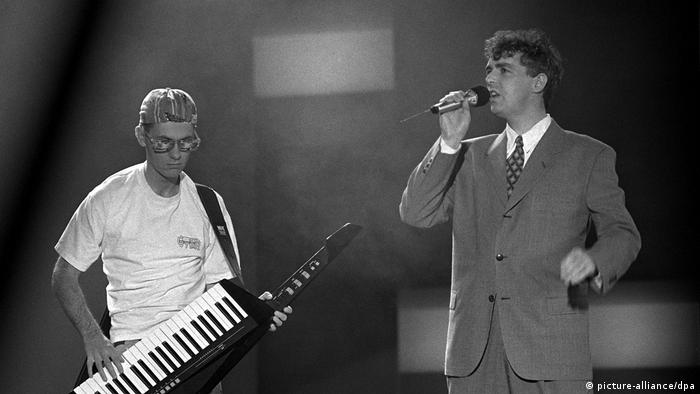 Back in the days: Chris Lowe and Neil Tennant in 1988

The Pet Shop Boys are the most successful British pop duo and are among the best-selling acts ever. Gentlemen, pop kings and electro pioneers, they know how to shine in the spotlight all while remaining true to themselves for three and a half decades.

They will now celebrate that on their 2020 European tour, which starts on May 1 in Berlin — where else. The "Dreamworld: The Greatest Hits Live Tour" will not focus on the new album, but rather highlight all the greatest hits of the duo's impressive oeuvre.

A veteran of Berlin's nightlife scene, Smiley Baldwin served in the American military, patrolling the divided city in the 80s before he became a doorman. The documentary "Berlin Bouncer" profiles his unusual story. (10.04.2019)

Cologne's Bootshaus has surpassed Berghain to become the best nightclub in the country. But the Berlin dance mecca is still one of the top ten venues in the world. (29.03.2019)