The Pentagon has said Iran directed the convoy that was destroyed in the US airstrikes on pro-Syrian forces earlier this week. Officials in Russia and Syria slammed the strike as an assault on Syrian sovereignty. 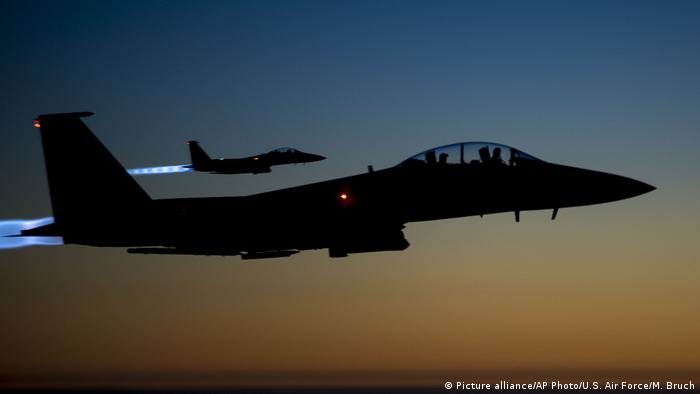 Iran likely directed the convoy that was destroyed by a US airstrike in Syria earlier this week, US Defense Secretary James Mattis claimed on Friday.

On Thursday, US-led warplanes hit a pro-regime convoy near the border with Jordan, saying the targets had ignored warning shots. The Syrian Observatory for Human Rights said the strikes killed eight people - "most of them non-Syrian" - and destroyed four vehicles.

The strike was "necessitated by offensive movement with offensive capability of what we believe were Iranian-directed forces," Mattis said, adding that he was not sure if there were Iranians on the ground.

The strikes hit in a "deconfliction zone" where British and US commandos were training and advising local forces fighting the so-called "Islamic State." Russia and the coalition agree on these zones to avoid inadvertently striking each other's forces.

The strike was the first such close confrontation between US forces and fighters backing Syrian President Bashar Assad.

Mattis said the convoy appeared to move into the area against the advice of Russia.

"It looks like the Russians tried to dissuade them," he said.

Mattis said the strike did not mean the US was becoming more involved in Syria's civil war, but Russia and Syria both condemned the airstrikes.

This "flagrant aggression launched by the international coalition exposes the falsity of its allegation about fighting terrorism and undoubtedly demonstrates the reality of the Zionist-American project in the region," a Syrian official said on Syrian state TV.

"Such actions that were carried out against the Syrian armed forces ... this is completely unacceptable - this is a breach of Syrian sovereignty," Russian Deputy Foreign Minister Gennady Gatilov was quoted as saying by state-run RIA Novosti in Geneva.

"Any real effort to combat terrorism and to limit the Iranian influence ... is in the interest of the Syrian people and the people of the region and international peace and security," said delegation leader Nasr Hariri.

Iranians went to the polls on Friday to choose between four candidates, the results of which could determine its role in the Syrian civil war. Along with Russia, Iran supports the Assad regime, a longtime ally. A good diplomatic relationship between Iran and Western countries, as well as with neighboring Saudi Arabia, which supports Syrian rebel groups, could facilitate possible future peace negotiations.

More than 320,000 people have been killed in Syria since the conflict began following anti-government demonstrations in 2011.