Three months after a heartbreaking photo kickstarted a crowd-funding campaign, life has improved for Abdul Halim Atar, the refugee and single father in Beirut who resorted to selling pens to provide for his family. 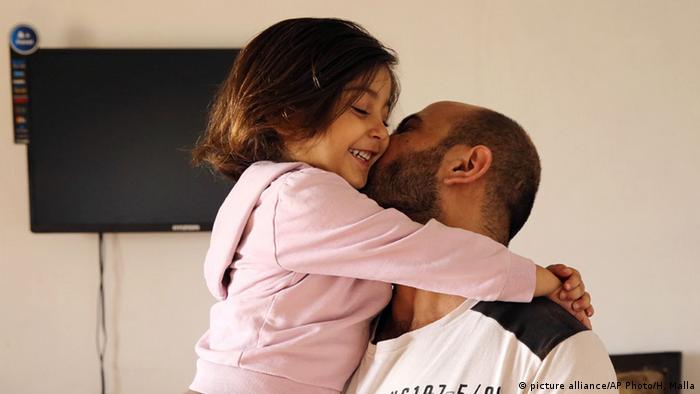 Refugee Abdul Halim Atar, known the world over as the man selling pens while his exhausted daughter slept on his shoulder, is now the proud owner of a bakery, a kebab shop and a small restaurant in Lebanon's capital. 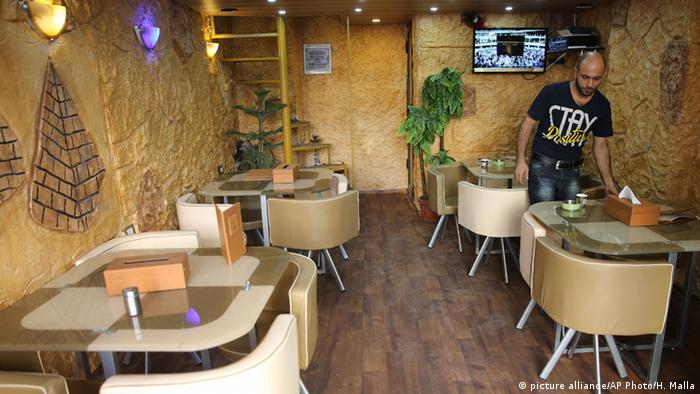 In addition to opening the restaurants, the AP reports that Abdul has given away $25,000 to friends and relatives in Syria and has moved into a new apartment with his two children. 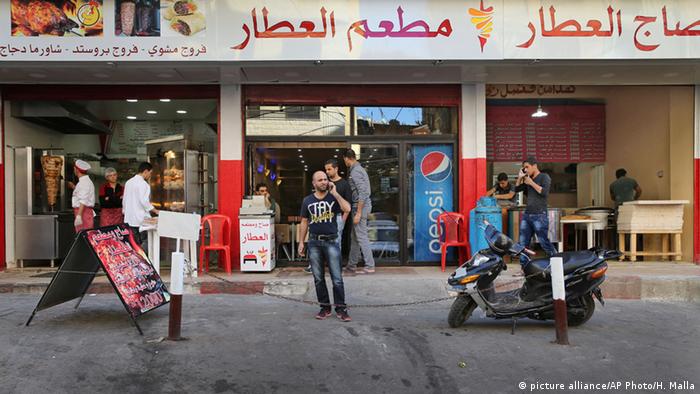 Abdul Halim al-Attar in front of his bakery

His employees include 16 Syrian refugees - a privilege for them in a country where jobs for refugees are scarce. 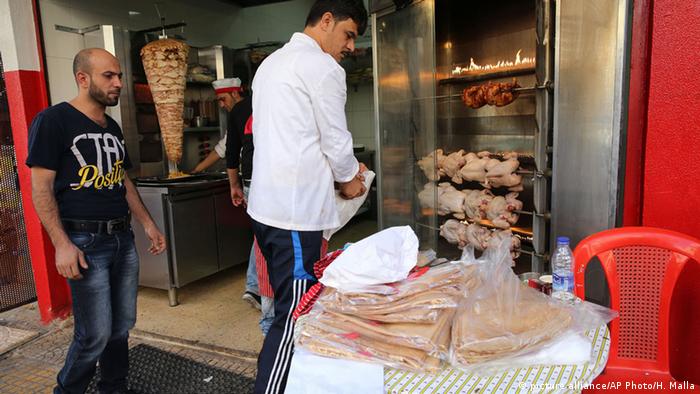 Abdul Halim al-Attar in front of his kebab restaurant

Abdul's life changed dramatically in late August after an Icelandic web developer/journalist named Gissur Simonarson tweeted two images of the Palestinian refugee who had been working in Syria.

Simonarson didn't take the photos himself, but as the retweets began numbering in the thousands, he followed up by creating a crowd-funding campaign and the Twitter handle @buy_pens to keep Abdul's story moving forward.

Not all of the donated funds have made it to Beirut, however, and not all of them will. PayPal transfer and banking fees have subtracted $20,000 from the sum, the AP reports, and since PayPal does not operate in Lebanon, cash is brought to Abdul by a friend of the campaign who can withdraws the funds in Dubai.

Since Simonarson's original tweet in late August, he has provided constant updates on Abdul's life.

Also pictured above is Carol Malouf, founder of the Lebanese For Refugees foundation. (Abdul's wife has returned to Syria.) Malouf also tweets regular updates on the family's life in Beirut, primarily focusing on the single father's two children, Aboudi and Reem.

Abdul is breaking even with his bakery and the kebab restaurant, the AP reports, and says he now feels like a member of the community.

"They respect me more," he said.

A Facebook post intended for a handful of friends has resulted in worldwide attention for a Berlin woman and a Syrian refugee named Alex. (26.11.2015)

What Syrians are searching for and posting on social media

Amidst the refugee crisis, Syrians are turning to social media for help. A look at Google Search results coming out of Syria and Instagram accounts of refugees who made it to Europe reveals what Syrians are dealing with. (12.10.2015)

US orders families of Kyiv embassy staff to leave Ukraine