The eastern German town of Ostritz has become the scene of a confrontation between neo-Nazis and their opponents. But security is high, and few incidents have so far been reported. 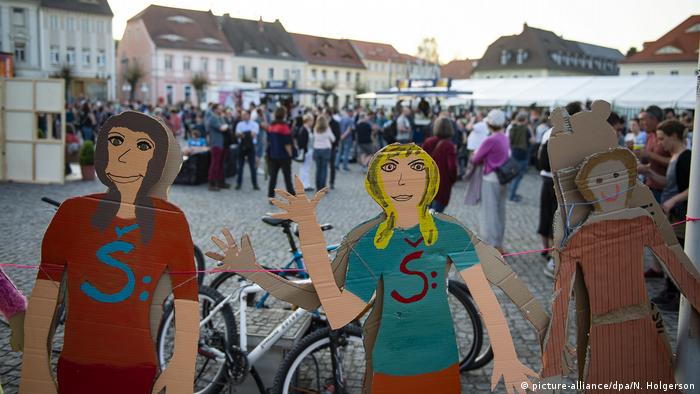 Police in the small eastern German town of Ostritz maintained a high-profile presence on Saturday, with some 1,000 far-right extremists from all over Europe expected to join the neo-Nazi "Shield and Sword" festival over the course of the day.

The town is simultaneously hosting a "Peace Festival," also attended by around 1,000 people seeking to express their opposition to far-right ideologies. 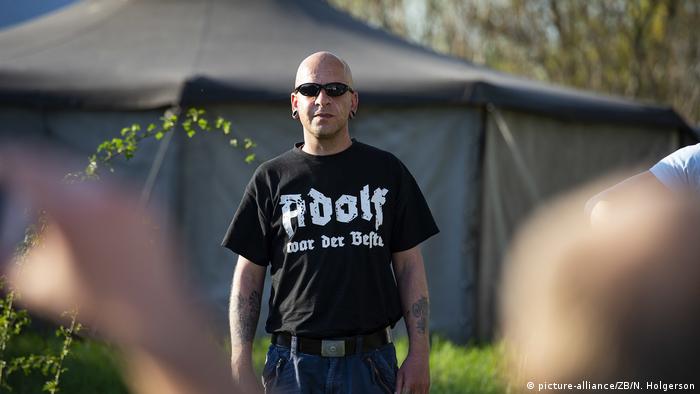 'Adolf was the best,' according to this man's t-shirt

The neo-Nazi rally, which opened on Friday — the birthday of former German dictator Adolf Hitler — is to feature rock concerts and a martial arts event. It was organized by Thorsten Heise, chairman of the far-right National Democratic Party of Germany (NPD) in the eastern state of Thuringia.

The opposing peace rally is also to include the music festival "Right Doesn't Rock," located within sight and earshot of the far-right events. 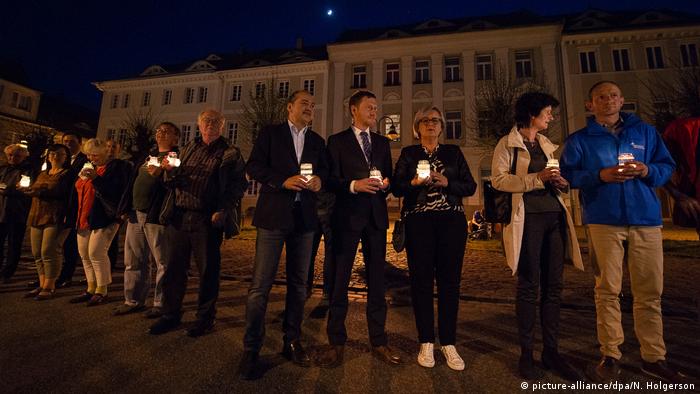 As of Saturday afternoon, few security incidents had been reported by police. Among other things, a 31-year-old man was detained for giving the Hitler salute, which is an offense under German law, and one person was slightly hurt in scuffles between opposing groups. 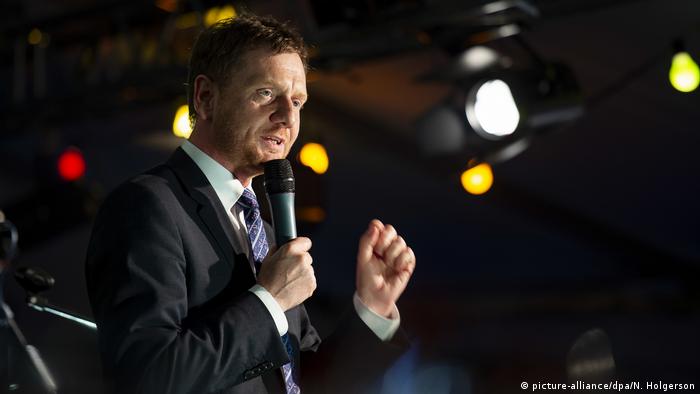 Kretschmer called for 'a clear signal' against extremism

Alcohol consumption and sales have been banned in the entire festival area for the duration of the event, after an appeal by the organizers of the far-right rally against the injunction was rejected.

The opening of the "Peace Festival" on Friday evening was attended by Saxony's premier, Michael Kretschmer, who belongs to Chancellor Angela Merkel's Christian Democratic Union (CDU).

In a speech, he condemned the extremists and their rally. "We don't want these people here," he said.