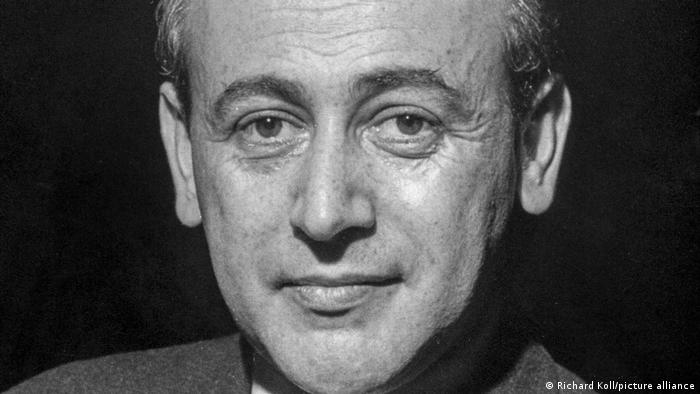 Referring to the Holocaust through mysterious imagery, the poem published in 1948 exemplifies why Celan is one of the most celebrated postwar German-language poets. The Jewish writer's works remain powerful 50 years after his death and 100 years after his birthday.

An early interest for literature

Celan was born Paul Antschel on November 23, 1920 in Chernivtsi. Today one of Western Ukraine's main cultural centers, it was part of the Kingdom of Romania as of 1920 and was later occupied by the Soviet Union. During Celan's childhood and up until World War II, Chernivtsi was a multicultural city with a strong Jewish population.

Celan showed his affinity for poetry from an early age: He memorized poems and spent his days reading literature. From Friedrich Hölderlin to Heinrich Heine to Franz Kafka, Celan's world was one of words and stories. Eventually, he started to write his own poetry, and enrolled at university to study Romance languages.

Family lost in the Holocaust

But then World War II halted all plans. The Romanian government took over Chernivtsi and the surrounding Bukowina district, collaborating with the Third Reich in its persecution of Jews throughout Europe. Many families tried to flee — but Paul Celan's parents decided to stay. 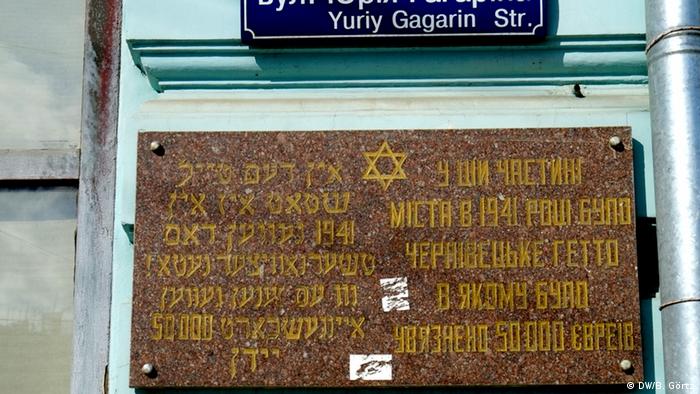 A plaque commemorating the victims of the Chernivtsi Ghetto

On June 27, 1942 everything changed overnight for Paul Celan: That night, he hid from the Nazis, but without his family. The next day, upon returning to his family home, his mother and father were gone. The door to the building was sealed shut.

In a bid to avoid his own deportation, Celan enlisted in the Reich Labor Service, which provided support to Hitler's military campaigns.

The fate of his parents remained unknown during this period; it was only later that Paul Celan learned how his father succumbed to typhoid upon arrival at a concentration camp and that his mother was murdered at the hands of an SS officer.

Writing in the persecutors' language

Written in 1944 or 1945, his poem Death Fugue goes on to describe his suffering and that of so many other people: "death is a master from Deutschland his eye is blue / he strikes you with lead bullets his aim is true."

Paul Celan's preferred language to write was always German — even though it was also the language of the people who murdered his family. His relationship to the German language remained ambivalent throughout his oeuvre, which highlights not only his Jewish heritage and his personal suffering, but also examines other social developments after World War II.

Two years after the war, while living in Bucharest, he decided to change his name to Paul Celan. In 1947, he managed to make his way — illegally — to Vienna. Despite having initial success as a poet, Celan said he felt like a stranger in the Austrian capital; he suspected many of the people he encountered to still be Nazi sympathizers.

But it was also in Vienna that Celan fell in love with poet Ingeborg Bachmann, another famous postwar author. Yet he failed to follow his heart and decided to move on to Paris. 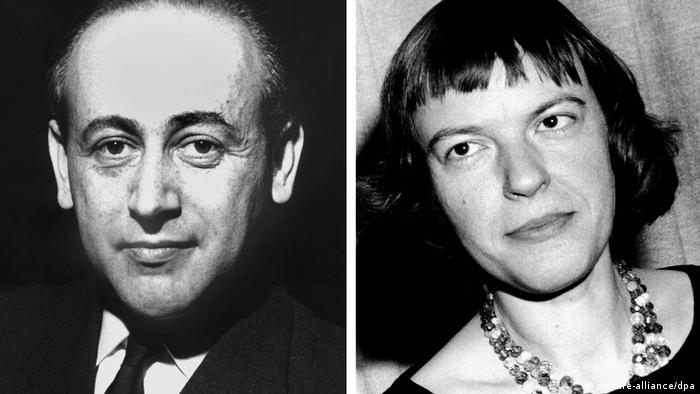 The letters of Paul Celan and Ingeborg Bachmann inspired a 2016 film, titled 'Die Geträumten' (The Dreamed Ones)

Celan's poetry fell on deaf ears in Paris, at least first. So he decided to make a living as a translator while also working performing menial tasks in various local factories. Meanwhile he tried to grow a following across the German border — in vain. In the early postwar years, Celan's style was often misunderstood and misinterpreted, his delivery even compared to Nazi Propaganda Minister Joseph Goebbels.

Paul Celan could barely stand the derision of his works in Germany, having suffered so much for his art. But things got even worse when he was accused of plagiarism in 1953.

There were at least some positive developments in his private life: He married artist Gisele Lestrange, and they had a son, Eric. In 1955, Paul Celan became a naturalized as a French citizen. But this did not remedy his lack of a sense of belonging. 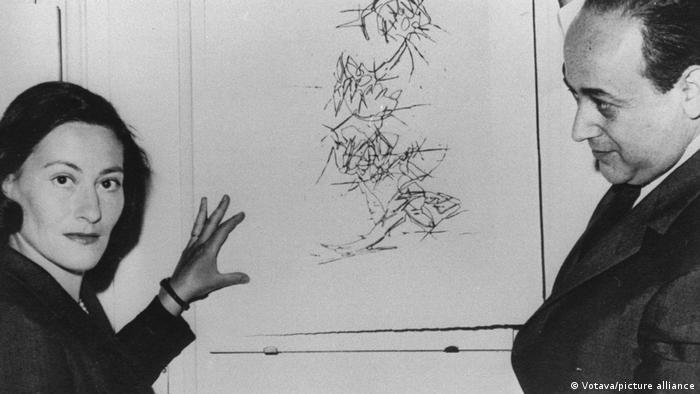 Literary critic Helmut Böttiger said that throughout his life, Celan's only true home was his language. "The German language was his only point of reference," Böttiger said.

By the 1960s, Paul Celan's works began to receive the recognition they deserved. But he refused to return to Germany, remaining worried about anti-Semitism still being a driving force in the country.

His inner conflict eventually led to several episodes of depression throughout the 60s, including care at a psychiatric facility.

During this period, his poetry became even more cryptic and difficult to understand. He turned his attention towards illness and death, celebrating nihilism in his verses while still searching for his true home.

In poems like Psalm, Celan addressed the lack of meaning in his life, even venerating it: "No one kneads us again out of earth and clay, / no one incants our dust. / No one. / Blessed art thou, No One.”

In 1969, Celan traveled to Israel, where he enjoyed a hero's welcome. But even this last journey failed to satisfy his longing for belonging.

Celan took his own life in 1970, presumably on April 20 — without a word of warning and without leaving a note. But he had left a biography of Hölderlin open on his desk, with the underlined words: "Sometimes this genius becomes dark and sinks into the bitter well of the heart."

The German version of this article was adapted by Sertan Sanderson.

Poetry has mostly been regarded as something for literature connoisseurs. But it's always been a different story in Eastern Europe. There, people celebrate their poets like pop stars.