Joseph K. is detained on his 30th birthday. But what is he guilty of? Mysterious, surreal, prophetic: Kafka's posthumous novel is one of the most puzzling works of world literature. 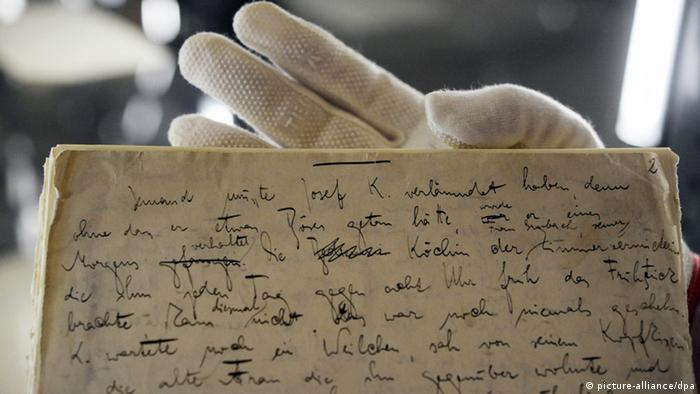 "Somebody must have made a false accusation against Joseph K., for he was arrested one morning without having done anything wrong."

The first sentence of Kafka's The Trial is one of the most famous opening sentences in world literature. On his 30th birthday, Joseph K. is arrested, but not locked up. The "guards," who relay his arrest to him with unapologetic politeness, send him off to his regular job as a bank cashier. Yet from this point on, Joseph is no longer a normal employee — he has been transformed into the accused. But what is he guilty of?

An appearance in court

Author Franz Kafka was torn. For a long time, he had been unable to decide whether he should marry his fiancée, Felice Bauer. The marriage would have sealed his fate as an office employee. Providing for a family would have meant giving up writing and reading his texts aloud to friends. On July 12, 1914 he was ordered to travel from Prague to the Askanischer Hof hotel in Berlin to work out his engagement to the stenographer. A "trial" is how he later described the encounter. He himself was the condemned one. Afterwards, Kafka felt like a free man. 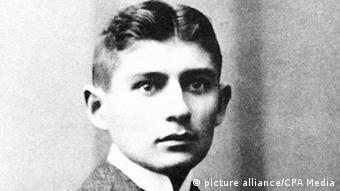 Kafka — one of the most influential writers of the 20th century

The only aspect of his novel that is not shrouded in mystery seems to be the event that motivated Kafka, a man of great self-doubt, to begin penning the work. By summer 1914, during the early days of World War I, he had already written the first chapter of The Trial, followed immediately by the ending. He then began working on multiple chapters simultaneously. In November he hit a writer's block, and by January 1915 he had set the work aside entirely. The final manuscript was 171 pages, torn out of quarto notebooks. It is perhaps the most expensive collection of paper in all of modern literature.

The fact that this story of an unavoidable verdict even exists as part of world literature is all thanks to Kafka's friend, Max Brod. He did not fulfill Kafka's final request, addressed to him in a note: "Diaries, manuscripts, letters…everything that I have written down, …without exception should be burned, preferably without being read."

Kafka died in 1924 from tuberculosis. Brod had been forced to "bitterly fight" Kafka when he was alive to get any of his work published. Eight months after Kafka's death, Brod released the unfinished novel, with the chapters ordered according to his own suggestion.

The author and his protagonist share many biographical similarities. Kafka had already been an employee of the "Worker-Accident Insurance Institution of the Bohemian Kingdom in Prague" for six years when he started writing the first lines of the fragments that would become his novel. He was held back from serving in the war because his superiors considered him to be indispensable. 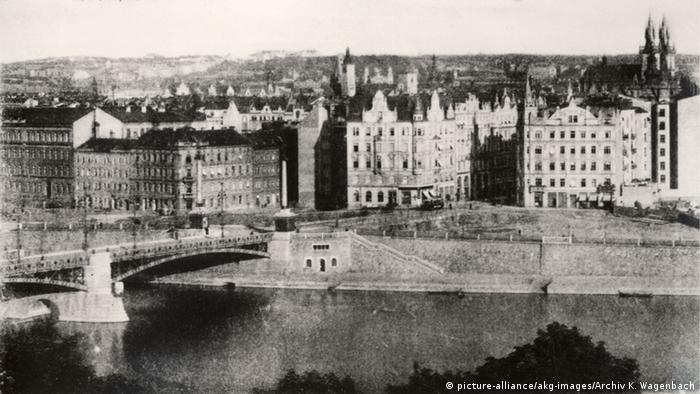 Prague in the early 20th century

He continued working as an office employee until 1922, which gave him not just material but also psychological security, since when it came to writing, Kafka considered himself a failure. In contrast, he always had success with women. They frequently wooed him, he wrote to his friend Max Brod. Together, the two would frequent brothels and meet up with young women — "store girls," Kafka called them.

Bank employee Joseph K. also leads a structured life. He lives in a boarding house run by a Mrs. Grubach and is highly focused on his work. Once a week he visits Else, a waitress in a corner bar, after she has finished up for the day — then he comes home late. He spends his spare time taking walks and meeting up regularly with a group of prominent people.

A feeling of powerlessness

Following his mysterious detention, Joseph K. finds it harder and harder to focus on his structured, industrious life. He is supposed to appear in court, but he can't find out where the courthouse is located or when he is supposed to present himself there. Sometimes he fails to ask; sometimes he is denied information. He never manages to force his way to a higher court. Secretive, anonymous bureaucratic powers are in charge. Joseph K. loses belief in his innocence and grows increasingly powerless as he tries to figure out exactly what befell him.

"Where was the judge he had never seen? Where was the high court he had never reached?" Finally, one year later, on the eve of his 31st birthday, Joseph K. fatalistically accepts his execution by two pale, fat men in a stone quarry. "With his failing sight K. could still see the gentlemen right in front of his face. Cheek pressed against cheek, as they observed the decisive moment. 'Like a dog!' he said. It was as if the shame would outlive him." 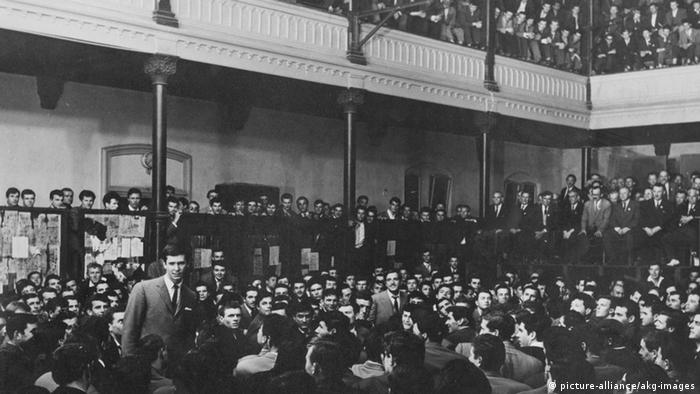 Scene from the film adaptation of "The Trial," directed by Orson Wells

Visionary work of a century

What makes Kafka's world-famous novel The Trial such a foundational piece of modernity? For nearly 100 years, the work has been interpreted and reinterpreted in many different ways: theologically, existentially, psychoanalytically. Is there a higher law? Does Evil exist, or intrinsic human guilt? Can you do injustice to your own life by leading it the wrong manner? Or is Kafka's work first and foremost a subtle critique of bureaucratic power and ruling structures?

American author Philip Roth spoke of Kafka's "prophetic irony." Being at the mercy of constant surveillance is a real threat in today's 21st century — for some people, it's even an existential one. Kafka's incredibly precise language gives the reader a feeling of fear and powerlessness, of hopelessness against powers that one cannot even recognize.

The Trial is Franz Kafka's most read and most famous novel worldwide — not lastly thanks to the wonderful 1962 film adaptation by Orson Welles. No matter the interpretative framework one uses to read The Trial, it is a masterpiece of the century.

Franz Kafka was born in Prague in 1883. At the age of 20 he met Max Brod, who would become his lifelong friend and later his publisher. After completing his doctoral studies in law in 1906, he worked first for an Italian and then a state-run insurance company. In 1912 he met Felice Bauer. They maintained a prolific correspondence until the onset of his lung disease in 1917. From 1920-23, he was in a relationship with the married Viennese journalist and translator Milena Jesenska. He spent the last years of his life living in poverty in Berlin with the Ashkenazic kindergarten teacher Dora Diamat. Kafka died in a sanatorium near Klosterneuberg outside of Vienna in 1924.

Famous writers and their former jobs

Writers often start their careers in an entirely different line of work. Whether pilot, insurance salesman or mathmetician, here are five famous European authors whose day jobs may surprise you. (15.10.2016)

Franz Kafka wanted his manuscripts destroyed. By a twist of fate, they've been spared. And now a court in Tel Aviv has decided they should go to Israel's National Library. (30.06.2015)

The heirs of influential German-language author Franz Kafka have sold 111 letters he wrote to his favorite sister to German and British libraries. (04.04.2011)

A court in Israel has ordered that the literary estate of a friend of Czech writer Franz Kafka be transferred to the country's national library. The collection, which had been kept in banks, includes unpublished works. (14.10.2012)

Kafka: The Writer Who Didn't Want to Be Read

Franz Kafka, one of the most influential writers of the 20th century, was born 125 years ago in Prague. Had he had his way, his manuscripts would have been destroyed after his death and never published. (02.07.2008)

Prague was a European center of culture in Kafka's day. The city and its people had an impact on the poet - both psychologically and intellectually. It was in Prague that he suffered, wrote, and rose to fame. (03.07.2013)

"Blaue Frau" is a timely novel about Europe, women and men — and about the power of the past in East and West.