Pastoralists in Africa fight for their rights

A community organization fights for the Maasai's traditional way of life in Tanzania. 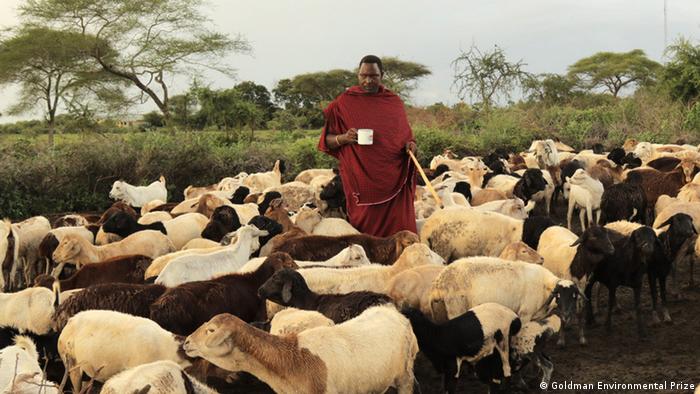 'For us, our land means everything; it's our life," says Edward Loure, winner of the Goldman Prize for environmental activism 2016

Winner of the 2016 Goldman Prize for environmental activism, Edward Loure has been a thorn in the side of the Tanzanian government for decades. A member of the Maasai people, his clan was evicted from the Tarangire National Park in the 1970s to make way for the wildlife tourism industry.

The move both disrupted the ecosystem due to increased competition for land, and displaced indigenous communities who acted as stewards of wildlife and the environment.

For Loure, the eviction spurred him into taking action. Loure was one of the first people to join the Ujamaa Community Resource Team, a tribal-led nongovernmental organization, and together with his colleagues - hunter-gatherers and fellow pastoralists - they began efforts to protect his people and their pastoralist traditions.

"For us, our land means everything - it's our life," said Loure.

Working on behalf of Ujamaa, he identified a legal mechanism that granted legal title to entire communities rather than individuals. The strategy has worked for the group. Thus far, he's managed to secure the rights to 2 million acres of pasture, with 80,000 acres more to be added in 2017.

"Without title, the Maasai had no future," said Loure, who fervently believes that his people and their traditional way of life are an integral part of the Tanzanian landscape.