Passing on Holocaust tattoos | World | Breaking news and perspectives from around the globe | DW | 28.11.2012

Soon, there will no longer be any living Holocaust survivors. But in Israel, some of their grandchildren are choosing to have themselves tattooed with the concentration camp ID numbers on their grandparents' arms. 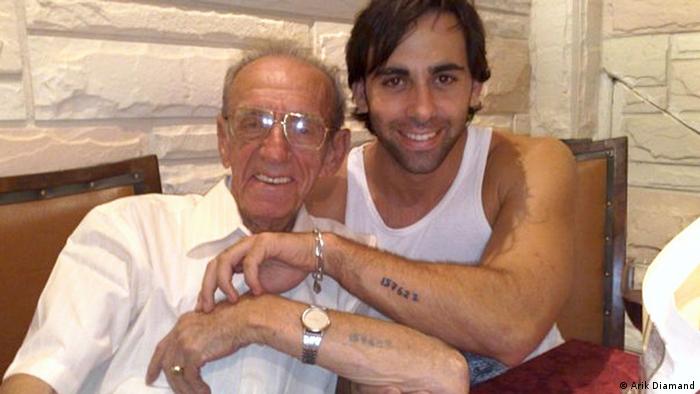 Holocaust survivors are disappearing and, with them, the memory of what they went through.

But some of their children and grandchildren have found a way to preserve the past - by tattooing on their arms the very numbers the Nazis inscribed on their victims. The crude mark that had been a concrete and painful reminder of the Holocaust has turned into a strong symbol of solidarity for some of the survivors' family members.

Arik Diamant, a 33-year-old from the Israeli city of Herzliya, came up with the idea four years ago to duplicate his late grandfather Yosef Diamant's Auschwitz identification number on his own arm.

"I went to my father and told him I wanted to tattoo my grandfather's number," Diamant told DW. "But I said I would do it after he passed away. My father told me right away that there was no reason to wait and that we could go and ask grandpa right now what he thought about it."

Diamant didn't wait. One Friday night, after the weekly dinner he and his family ate with his grandfather, he delicately brought up the idea.

"I told him that if it bothered him at all, I wouldn't do it. At first, he was really shocked and asked me why I would want to do something like that," remembered Diamant. "But then he stopped me and said, 'When you have a grandchild and he asks you what it is, will you tell him about me?'"

Diamant's story has been worked into a documentary film to be released soon: "Numbers," produced by Uriel Sinai and Dana Doron. 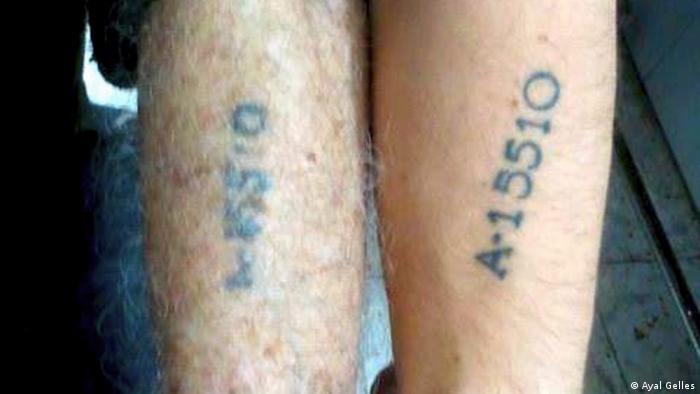 Diamant is one of a growing number of young Israeli Jews who are deciding to preserve their grandparents' stories in this way. About three years ago, Ayal Gelles, a 28-year-old from Tel Aviv, tattooed the number of his grandfather, Avraham Nachshon, during a trip to South America. Gelles said he had thought it over for a while - but it was a cow that sealed his decision.

Gelles says that that the same day he got the tattoo he also became a vegan after reading a book by Charles Peterson, who writes that, for animals, every day is like a day in the Treblinka concentration camp. Gelles sees the story of the meat industry as a reflection of the Holocaust: a story of superiority and subordination, of one being above all else. And that triggered him to get the tattoo.

"There were two kinds of people in the 1930s in Germany: those who believed in the ideology and drove the genocide, and those who acted like clerks and just fulfilled orders from above," Gelles said. "So the person who tattooed my grandfather's number was probably not some decorated Nazi ideologue, but was educated to see Jews not as people but as objects, or maybe as mice."

"Maybe he guessed when my mother took a photo of his arm to send to me," speculated Gelles. "Today he says that if I had asked him, he would tell me not to do it. But it doesn't bother him today. Maybe he objected because of religious reasons." In Judaism, tattoos are prohibited according to some interpretations of the book of Leviticus.

Gelles also pointed out that, for his grandfather, the experience of being was a "complex memory. This is when he realized that he would live and work instead of being condemned to the gas chambers."

Gelles and Diamant say that when people notice their tattoos, the reactions are mixed - but mostly positive. Still, they know the topic is loaded and, for many, it is difficult to get used to the concept.

Shiran Blushtein,a 26-year-old from Tel Aviv, considered getting a similar tattoo several years ago on a high school trip to Poland. Ultimately, she decided against it.

"As a girl I remember growing up with this, but my grandfather was never willing to talk about [the Holocaust]," she said. "The only thing there was is this physical symbol, the number. […] I understood this is a really sensitive topic, and really out of the norm. I thought my family would not accept it and understood my grandfather wouldn't like it."

Blushtein said she is surprised that the tattoos have since caught on in Israel. "I understand the people who do it, but when I saw it myself I was really shocked.It brought me back to my grandfather's pain that for years during the Holocaust he had no identity and no name, only a number, like an animal. My grandfather would want me to remember and to tell the story, but not to do the thing that caused him so much suffering."

Professor Dina Porat, a Holocaust scholar at Tel Aviv University, agreed that the general public is not entirely ready for such drastic methods of commemoration, but pointed out that Holocaust remembrance is becoming more personal.

"In the late 1940s in Israel, many survivors actually asked their doctors to remove their numbers. The interesting thing is that with these recent cases of tattoos we see a sort of opposite expression: people who are willingly doing it, not as victims, but as a way of recognition, continuation and appreciation," explained Porat.

"On a national level, it is difficult to come to grips again with the icons of victimhood and we must ask the question: Why return there?" continued the Holocaust scholar. "On a personal or literary level it is interesting and touching, but nationally it is still controversial." 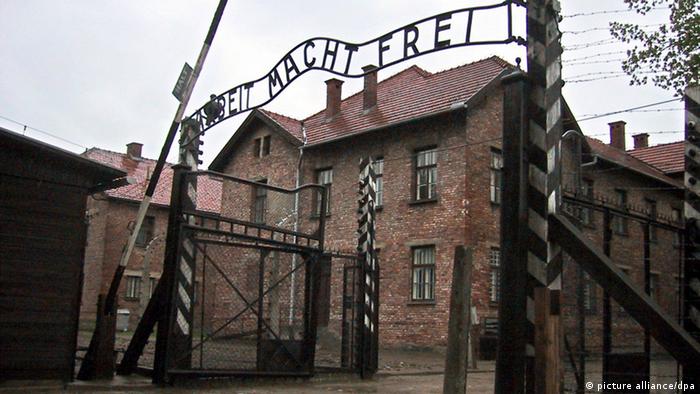 The tattooed numbers are the strongest symbol of the camps

Outdoing the rules of time

According to research conducted by the Brookdale Institute for the Foundation for the Benefit of Holocaust victims in Israel, there are currently 190,000 Holocaust survivors living in Israel. In 2025, that number will have dropped to 46,000. If the tattoo trend continues, the mark left by the Nazi concentration camps will long outlive the survivors themselves.

Diamant says he appreciates the fact that his tattoo starts deep conversations with those who notice it. And Gelles describes his tattoo as a refreshing departure from repetitive public discourse on the Holocaust.

"We're taking a detour," he said. "We're leaving the clichés behind and we're going back to the story from a different point. It's a different kind of memorial, and maybe it's what people need today."

Despite German Chancellor Angela Merkel's strong, traditional backing for Israel, some Germans are becoming more critical of the country and calling into question Germany's unequivocal support. (23.11.2012)

Sarah Diehl is a writer, documentary filmmaker and activist. She spoke to DW about her first novel, "Eskimo Limon 9," which tells the story of an Israeli family that moves to a provincial German town. (12.11.2012)