In the wake of the Russian Revolution, artist Marc Chagall created an avant-garde art school that drew in abstract art pioneers like Kazimir Malevich. Works from this People's Art School are now on display in Paris.

A resident of Petrograd (today Saint Petersberg), Russian-French artist Marc Chagall was greatly affected by the Bolshevik revolution that transformed Russia in 1917. The Jewish painter found himself liberated, thanks to a new law that banned religious and national discrimination. Now a full Russian citizen for the first time, this newfound freedom was visible in Chagall's art as he entered an especially productive and creative period. The 1918 piece "Above the City," for example, shows Chagall and his wife, Bella, flying freely into the clouds.

That same year, Chagall was appointed Fine Arts Commissioner for the Vitebsk region, a position that would allow him to realize his academic ambitions. Chagall felt inspired to help young artists, including those from humble Jewish backgrounds like his own, and decided to create the tuition-free People's Art School. The institution established the provincial city of Vitebsk as a vital artistic hub, despite being far from Russia's metropolises. 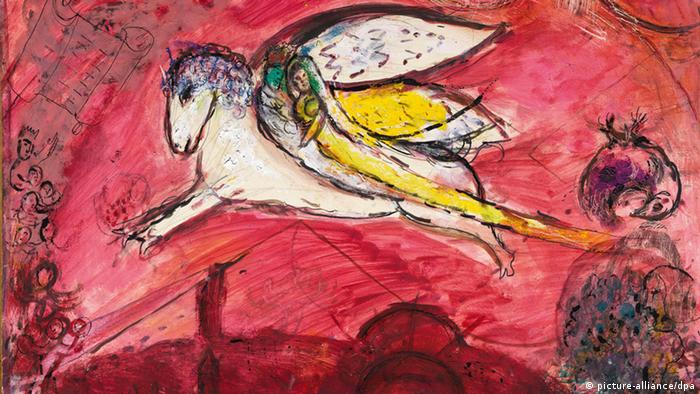 The People's Art School opened its doors in January of 1919. Although some of the initial teaching staff came and went, Chagall hired the artist El Lissitzky to organize printing, graphic design and architecture workshops. Lissitzsky's mentor, the radical artist Kazimir Malevich who founded Suprematism — an art movement that heralded abstract geometric shapes and bold colors — also soon joined the school.

As Suprematism took the world by storm, Malevich's teaching style and charisma slowly saw him win the favor of students and staff at the institution. Meanwhile, Chagall's classes began to empty. The latter eventually left, working at the Jewish theater in Moscow in 1920 — he also held a grudge against Malevich, whom he believed had plotted against him, according to the exhibition's organizers. 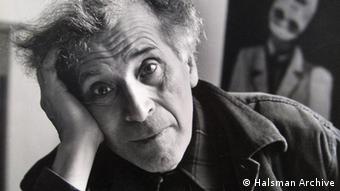 Yet, although its founder had moved on, the school remained a creative hotbed until it closed in 1922. Malevich's UNOVIS student group, for example, organized exhibitions all over Russia that promoted Suprematist art.

The exhibition at Paris's Centre Pompidou features over 250 works and documents from this dynamic period in Russian avant-garde art history. The works are on loan from museums in Moscow, St. Petersburg, Minsk, and museums around the US and Europe.

Produced in collaboration with the Van Abbemuseum in Eindhoven, a smaller version of the exhibition will be shown at the Jewish Museum in New York from 14 September 2018 to 2 January 2019.

"Chagall, Lissitzky, Malevitch, the Russian Avant-Garde at Vitebsk" runs March 28 through July 16, 2018, at the Centre Pompidou in Paris.

What characterizes Russian feminism? Should we fear Putin? DW talked to Maria Alyokhina, front woman of the feminist punk rock group Pussy Riot as they start their German tour. (09.01.2018)

The Russian avantgarde in Chemnitz

Kandinsky, Malewitsch and El Lissitzky were known for their experimental art Now an exhibition of their work is on show in Chemnitz. (23.01.2017)

From Berlin to Tel Aviv and back again

To mark the 50th anniversary of German-Israeli diplomatic relations, the Tel Aviv Museum of Art allowed some of its most precious works to visit Berlin. A bold metaphor for the ties between the countries. (27.03.2015)