Julia Ducournau, only the second female director to win the top prize at Cannes, beat out a stellar competition lineup with her provocative horror thriller. 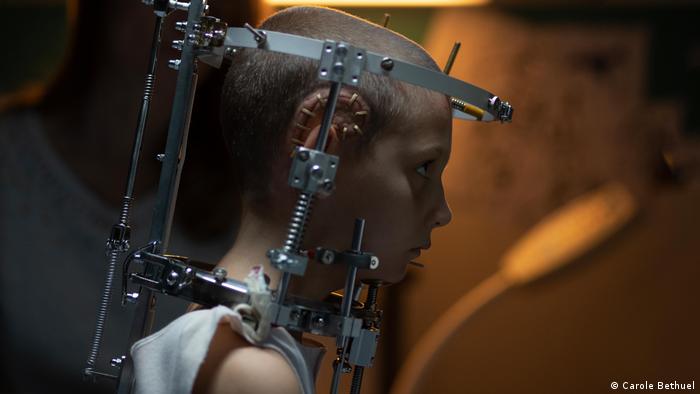 With 'Titane', her second film, Julia Ducournau become only the second women to win the Palme d'Or

The 74th Cannes Film Festival jury led by US director Spike Lee (Do the Right Thing) has awarded the Palme d'Or for best film to Titane, a high-octane horror thriller by French filmmaker Julia Ducournau.

"I know my film is not perfect," said the director when accepting the award. "But I think no film is perfect in the eyes of the person who made it. You could even say mine is monstrous."

Screen Daily called Titane "a deranged cocktail of outrage, excess, conceptual ferocity and sheer silliness," while the BBC dubbed it "the most shocking film of 2021" and "a nightmarish yet mischievously comic barrage of sex, violence, lurid lighting and pounding music."

The film was arguably a sleeper for the top prize, having made a mysterious entry into the competition with a synopsis that read: "After a series of unexplained crimes, a father finds the son who disappeared 10 years earlier. Titane, the French for titanium, is a highly heat- and corrosion-resistant metal that forms rock-solid bonds."

"It's the only film I've see where a Cadillac impregnated a women," said Lee of the winner after it was announced. "It was craziness and genius together."

The jury prize was won by Thai director Apichatpong Weerasethakul for Memoria, which was his English-language debut and stars Tilda Swinton as an orchidologist who heads into the Colombian jungle to discover the source of a sound that only she can hear. The Thai auteur was the winner of the Palme d'Or in 2010 with Uncle Boonmee Who Can Recall His Past Lives.

Also winning the jury prize was Israeli director Nadav Lapid for Ha'Berech, an autobiographical take on directing and censorship in Israel.

Before his faux pas, Lee promised a democratic decision would be reached with the other eight jury members, which included US actor Maggie Gyllenhaal and French-Senegalese director Mati Diop.

"I promised the guys on the jury that I won't be a dictator, that I'll be democratic," Lee told reporters. "But only up to a point." 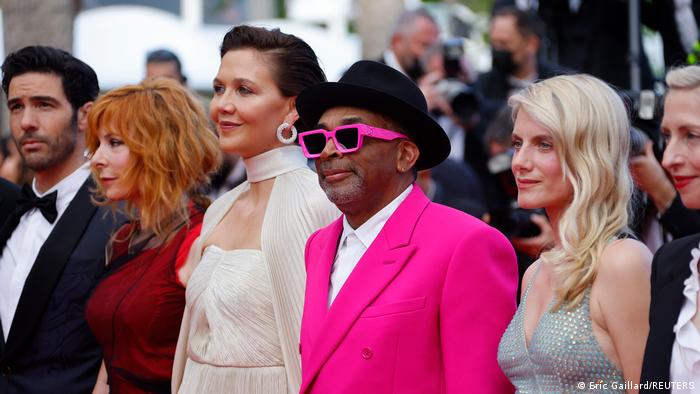 The jury awarded seven "Palms" across a truly global selection of 24 competition entries.

The award for best screenplay was won by Japan's Ryusuke Hamaguchi and Takamasa Oe for Drive My Car, a tale —inspired by a Haruki Murakami short story — of an actor and theater director grieving over his wife's death who must stage the Anton Chekhov play, Uncle Vanya, in Hiroshima.

French director Leos Carax, best known for 1991's Les Amants du Pont-Neuf starring Juliette Binoche, was awarded the best director gong for the drama, Annette. The film opened the festival and stars Adam Driver as a stand-up comedian and Marion Cotillard as his world-famous soprano wife whose newborn child has a mysterious gift that upends their lives.

Australian film Nitram, which took the best actor award, premiered at the Cannes Film Festival and portrays the events leading up to the 1996 Port Arthur mass shooting in Tasmania.

Back on the red carpet

The 74th Cannes Film Festival awards ceremony kicked off in blazing sunshine as film stars paraded down the red carpet into the Palais. Only a year before, the Palais was empty as the festival was canceled due to the pandemic.

The last winner of the Palme d'Or in 2019 was South Korea's Bong Joon-ho for Parasite, which went on to win best film at the Oscars.

But despite the pandemic, Cannes' legendary glitz and glamour was on full show with icons like Sharon Stone of Basic Instinct fame, Rosamund Pike of I Care A Lot, and Tilda Swinton, who starred in Memoria and also in Wes Anderson competition entry, The French Dispatch all in attendance.

In the early months of the pandemic, the Palais des Festivals, the main location of the film festival, had been filled with hospital beds; earlier this year, it served as a mass-vaccination center, the "Vaccinodrome."

Despite postponing the event from May till July, the organizers were determined that the show go on.

"Festivalgoers have been in France for 10 days to do the quarantine, journalists have taken their precautions," said film festival director Thierry Fremaux at the start of the festival. "It's all very moving. The cinema world is coming back together."

Indeed, the red carpet has seen an abundance of hugs, kisses and mask-free close contact, a fact that has drawn some criticism.

The film "Onoda" chronicles the story of a Japanese soldier who continued his assignment in the Philippines, for decades after WWII.

After a yearlong hiatus during the coronavirus pandemic, the Cannes Film Festival is set to return in July — as a socially distanced event.

'Where is Anne Frank': Animation debuts at Cannes