Palm oil: Too much of a good thing?

Palm oil can be used in everything from cosmetics to fuel, and is cheap and efficient to produce. But this versatile crop has a dark side — its incredible popularity has caused widespread environmental destruction. 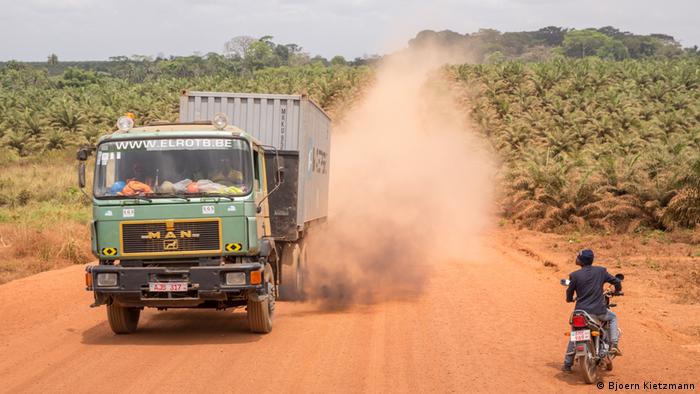 Ancient humans were buried with casks of it. In traditional African medicine, it's used to treat pain. It can be found in about 40 percent of everyday products on supermarket shelves, from donuts to shampoo, chips to ice-cream — and even appears in the gas tank of your car.

Palm oil is nothing if not versatile, and humans have known that for a long time. It's probably been on the menu since hunter-gatherers realized that the thick clusters of reddish, plum-sized fruits growing in the tropics on African oil palm trees (Elaeis guineensis) yield far more rich fat than any other plant.

Archaeological evidence shows we've been processing palm oil fruit for at least 5,000 years. Long a regional trade good in Africa, it rose to global prominence in the late 1800s when the British established the first commercial palm plantation in Indonesia. 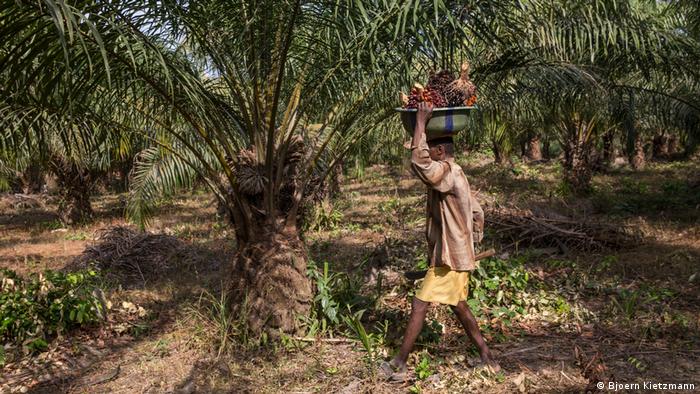 Palm oil cultivation doesn't have to be destructive. There are smaller-scale sustainable farms like this one in Sierra Leone

In the intervening years, palm oil production and demand have exploded. Between 1996 and 2017 global consumption more than tripled from just over 17 million to more than 60 million metric tons, according to the US government (see graphic). The boom is taking an environmental toll, wiping out tracts of forest to create space for sprawling monocultures.

"It creates immense pressure on land in the regions where they are grown. The pace of deforestation is blistering and it's really unnecessary," says William Todts, director of a Belgium-based nonprofit sustainable transportation organization, Transport & Environment.

A threat to species and the climate?

In many places oil palms are grown unsustainably on clearcut jungle. Globally, plantations now cover about 160,000 square kilometers (62,000 square miles) of tropical landscapes, an area larger than Greece, according to the Rainforest Alliance. By some estimates, 300 soccer fields worth of land are being cleared for the crop every hour.

In Borneo and Sumatra, that's wiping out habitat areas for rhinos, tigers and orangutans and driving those species toward extinction. One recent study found that more than 100,000 Bornean orangutans have been killed since 2009 - in part by hunters, but also by logging for paper mills and palm oil plantations.

Palm oil production is the leading driver of tropical deforestation, which accounts for 18 percent of all global human-caused greenhouse gas emissions. Clearing Indonesian forests is a particular problem, because they store more carbon per hectare than the Brazilian Amazon thanks to their "carbon-rich" soils, according to US-based Union of Concerned Scientists.

Land clearing for palm oil was also linked with giant fires in Indonesia in 2015 that became one of the world's biggest climate disasters in terms of greenhouse gas pollution. The fires released more heat-trapping gases than all of Germany's annual emissions from fossil fuels. 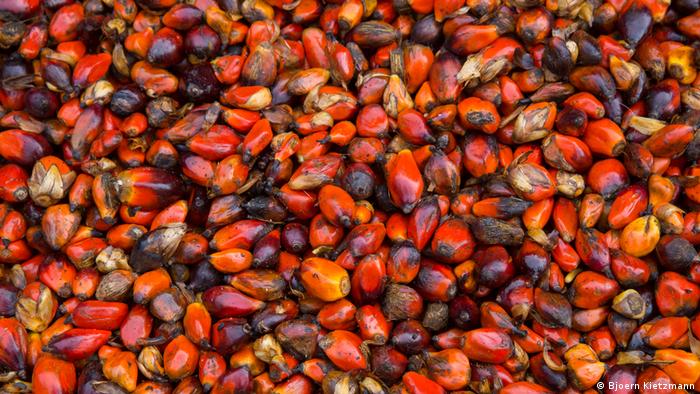 Palmoil can be used in anything from cosmetics and food to fuel for cars. This versatility drives the skyrocketing global demand for this simple product

Rod Taylor, director of the World Resources Institute forest program says Indonesia has been trying to prevent a repeat of that situation through national policies to promote sustainable palm oil production.

"There's a large push in Indonesia to avoid the peat soils, and to re-wet ones that were drained to restore their ability to capture carbon," Taylor tells DW. "The challenge is how far can you wind back the clock...to find some kind of balance between landscape and production."

Indonesia and Malaysia account for over 80 percent of global production. But as demand for palm oil grows, the frontiers are shifting and companies are increasingly moving into West African countries like the Democratic Republic of Congo. The Amazon isn't immune either, according to Dirk Embert, a biologist and South America spokesperson with environmental group, WWF.

"We are having reports from more and more countries that the first palm oil plantations are already installed and if you see other tropical forests, that has been the main cause of total deforestation," Embert told DW.

Why is palm oil so popular?

Oil palms are valuable because they are the most efficient oil-producing crop in the world. Producing a ton of palm oil requires significantly less space than producing the equivalent amount in soybean, sunflower or rapeseed (see graphic).

Its production contributes to gross domestic product in South Asia, Africa and increasingly South America, and fills a huge demand for cheap plant oil for cooking and fuel in developed and developing countries, including China, India and Europe.

It's commonly found in lipstick, for example, because it holds color well, and has almost no taste. Manufacturers of shampoo use it to restore oil that's stripped away by other chemicals in the product. Even bakers use it widely because it's solid at room temperature, inexpensive and easy to bake with.

As palm oil can be an economically beneficial and sustainable product, nobody wants to ban it completely. The long-term goal is to lessen its environmental impact, says Frans Claassen, chair of the trade group European Palm Oil Alliance.

"Global sustainability means we do not want to have any more deforestation of land. The question is how to do that as palm oil production increases," said Claassen. More productivity on existing plantations is one answer, as is accountability and transparency in the entire supply chain, he added. 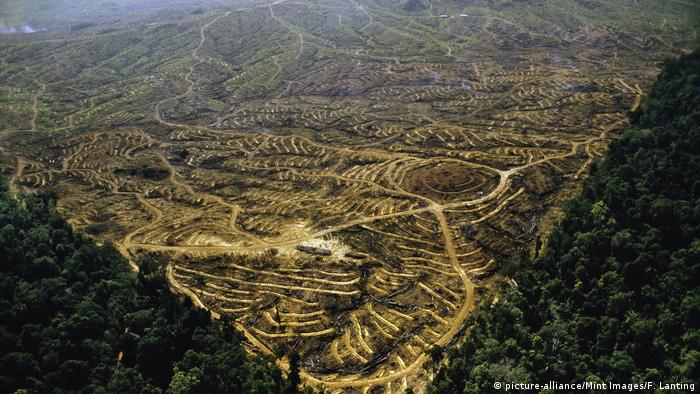 Industry-wide standards for "sustainably-produced" palm oil do exist. The Roundtable on Sustainable Palm Oil (RSPO), for instance, has established perhaps the most widely-used palm oil certification scheme for producers, processors and consumer-goods manufacturers. Only about one-fifth of the palm oil produced globally is certified by the RSPO. And the certification leaves loopholes by only protecting old-growth forests, leaving others vulnerable, according to watchdog groups like the UCSUSA.

Taylor, who worked on sustainable forestry issues in Indonesia for 12 years, says the RSPO is a serious attempt to distinguish the bad practices from the good ones. And there are a lot of good tools out there to help consumers do that, including a recently launched smartphone app that scans barcodes on products to help identify sustainably sourced palm oil.

"I'm definitely in the camp that thinks boycotts 'don't help'. Trying to reward good practice is the better way. The best option for a consumer is to be part of the solution," he says.