In recent years, Peru's sprawling jungle has been cleared for palm oil and cocoa plantations. Conservationists say the land is controlled by private companies who acquired it through corrupt means. 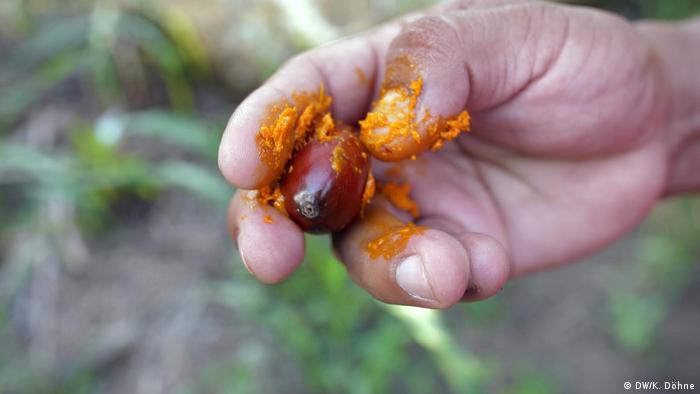 The Peruvian rainforest isn't what it used to be. Land that just a couple of years ago was covered in the thick foliage of the Amazon jungle has been given over to oil palms. Row upon row, as far as the eye can see. From above, these lucrative trees might give the impression of vast areas of healthy green, but close up, virtually nothing grows between one trunk and another. The indigenous plants are gone, and with them, the animals for whom they provided food and habitat.

The fruit of palms provides oil used in a vast range of products — from cosmetics to biofuel, potato chips and sandwich spread — all over the world.

The situation is particularly drastic in the Ucayali region. Some 13,000 hectares have been cleared for monocultures — largely oil palm and cocoa — in recent years. That's more than anywhere else in the country. Locals living in the heart of the Amazon jungle talk in terms of a massive sell-off that has violently disrupted their once-peaceful lives.

Investigating how this massive shift in land use came about, Proética, the Peruvian arm of the anti corruption NGO Transparency International, repeatedly came across the name of Dennis Melka, a Czech-US investor. 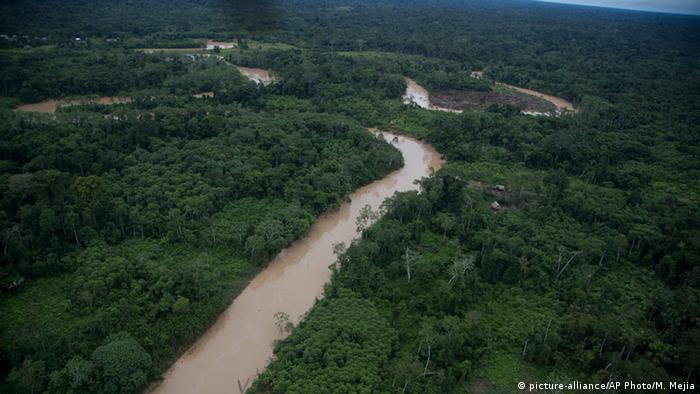 They connect Melka, who made a fortune with palm oil in Malaysia, to a network of 25 companies in which he plays many different roles. The so-called "Melka Group" is complex. According to Proética, the firms in it change their names, are shut down and split up as part of a strategy to get a hold of as much land as possible.

"There is a connection between deforestation, illegal land trade and the corruption of officials," Magaly Avila who runs the climate policy program at Proética, told DW. When she and her colleagues began to explore exactly how the rights to such large areas of land are allocated in Peru, their conclusion was corruption.

In a report on their findings, Proética said there had been a significant spike in the number of land rights documents regional authorities awarded to private people in Ucayali between 2011 and 2014. A total of 3,500 certificates were granted during that period.

Proética also identified a strategy used by large companies. Politicians who were bribed by companies had often promised land rights to private individuals who then, acting as middle men, sold them on until they were in the hands of the firms. Elsewhere, valid land rights were taken away and farmers were persuaded under false pretences to sell up. 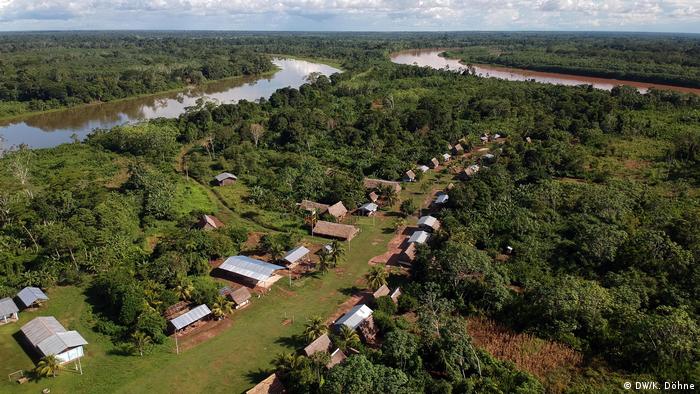 "They told me if I didn't sell my land, the state would take it away from me," farmer Walter Muñoz Quiroz said. "They justified it by saying I was not cultivating all the land they'd given me in the way I should have. I didn't know what to do, and I was afraid."

Quiroz ended up selling his land under value. He received around 25 euros ($30) per hectare. Only later did he find out that he was not required to farm his land in a particular way, and that he had been lied to. But it was too late. His land was gone.

In the year 2000, the Peruvian government declared palm oil plantations a "national interest," both because they were seen as an alternative to coca, which as in Bolivia and Columbia, is a dominant crop in Peru, and because of impending fuel-mix legislation under which diesel would be required to contain 5 percent plant oil.

Policymakers planned 50,000 hectares of plantations. But there are now 80,000, and Oxfam fears that by 2021, oil palm monocultures could cover 250,000 of the 1.4 million hectares that offer the right conditions for the crop's growth.

To prevent indigenous communities from becoming overrun by these developments, Proética communicates with members of the judiciary and government representatives and holds workshops for local populations. 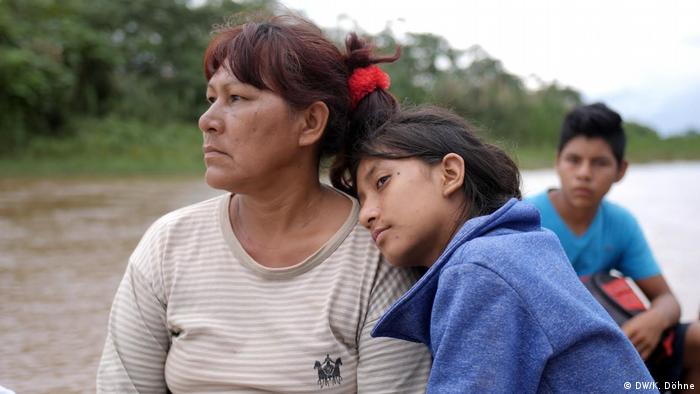 The indigenous communities are losing more and more of their native lands to companies. NGOs blame corrupt politicians.

"We want to explain the processes to those who are affected, so we can help them to protect themselves in the future," Magaly Avila says.

Read more: Orangutan population plunges due to hunting and deforestation

One of their workshops was held at Santa Clara de Uchunya, a 200-strong indigenous community on the frontline of the simmering conflict. The Melka oil palm plantations are visible at the far side of the Rio Ucayali, on land the local population once used for hunting. It is now closed to them entirely.

Residents of Santa Clara are asking the regional government for 20,000 hectares of forest they regard as their ancestral lands. They are supported in their struggle not only by Proética but also Robert Guimaraes, president of Federation of Indigenous Communities, who says his fight against palm oil and cocoa companies has put him at serious risk.

Others in Santa Clara say violence is not uncommon. They talk about threats, attacks and even murders in the context of the land conflict. In December 2017, six farmers were found shot dead in a field. There has been no official verdict on whether they were killed for their resistance to palm oil giants, but people come to their own conclusions. 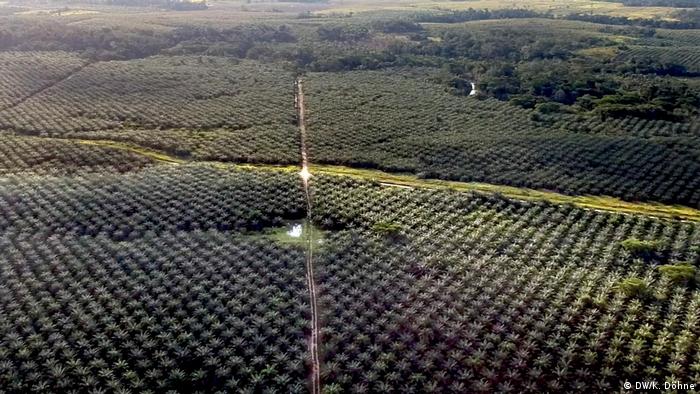 From a height, monocultures look like healthy green foliage, but these neat rows of plants are grown at a huge cost to wild flora and fauna

"The culprits were locals paid by the respective companies," one inhabitant told DW. "If you offer enough money, you'll always find someone."

Despite the climate of violence, the population of Santa Clara de Uchunya is determined to keep fighting until the government awards them the land rights that would save their jungle from complete destruction.

But given that palm oil demand has increased three-fold since 2002 — to a global consumption of around 62.6 million tons — and how lucrative it is for the Peruvian government, that could be a long time coming.