Orangutan population plunges due to hunting and deforestation

Orangutan populations in Borneo are in steep decline and can not cope with with current levels of killing. Their jungle habitats are threatened by deforestation, driven by plam oil production. 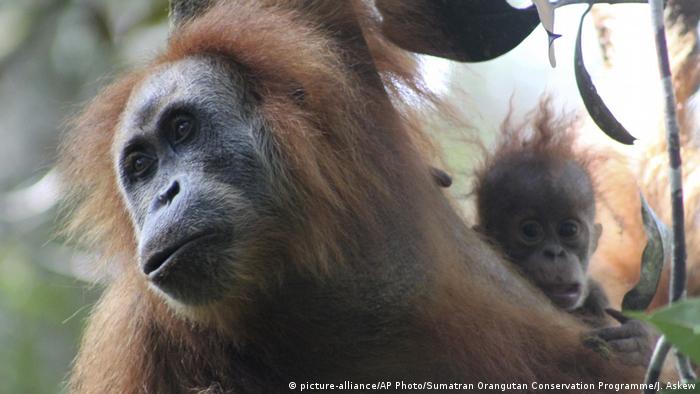 Orangutans are "highly likely" to become extinct if current trends continue, according to a study released Friday which found that the apes' population in Borneo had plunged by more than 100,000 in 16 years. The region's orangutans live exclusively on Sumatra and Borneo.

The widest study since 1999 was conducted by the Max Planck Institute for Evolutionary Anthropology in the German city of Leipzig and other institutions. The steepest declines on the Southeast Asian island were found in areas where tropical forests were cut down for timber and to make way for palm oil plantations, shrinking the jungle habitat of the apes. Other major factors were "conflict killing, poaching, and the collection of baby orangutans for the pet trade," the authors of the study said.

They also found the apes, known for their broad faces and dark-brown fur, may survive better than expected in smaller forests and fragmented landscapes because they walk on the ground more often than researchers realized. This allows them to survive on plants which are not part of their natural diet.

"The one thing they cannot cope with, however, is the high killing rates seen currently," said Serge Wich, one of the scientists.

"Orangutans are a very slow breeding species. If only one in 100 adults orangutan is removed from a population per year, this population has a high likeliness to go extinct." 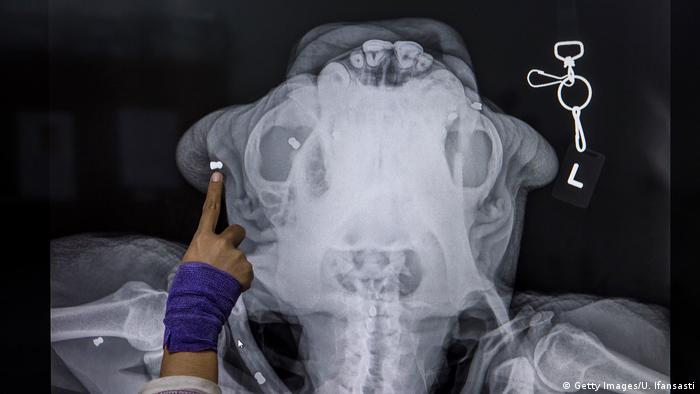 The researchers estimate Borneo's current orangutan population is between 75,000 and 100,000 — a decline of more than 50 percent since the start of the research period. That drop is in line with a 2016 designation of orangutans as critically endangered by the International Union for Conservation of Nature (IUCN).

The IUCN estimates the number of orangutans could further decline to about 47,000 by 2025 from their population estimate of 105,000 in 2016. The World Wide Fund for Nature (WWF) estimates there are 104,700 Bornean orangutans left in the world.

Both Sumatran and Bornean orangutans are listed as critically endangered by the IUCN.

Myanmar: Aung San Suu Kyi may be unaware of unrest amid additional charge 43m ago