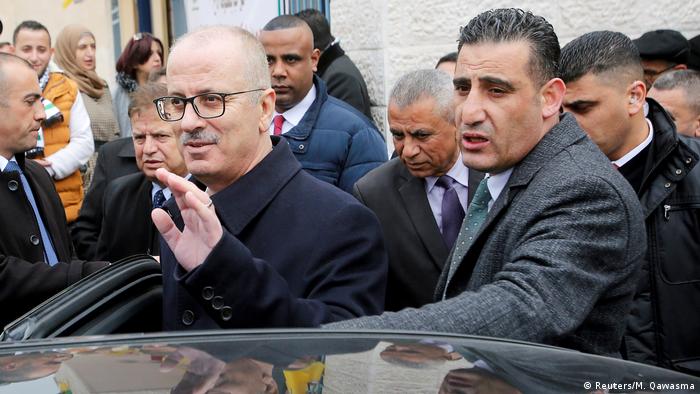 Palestinian Prime Minister Rami Hamdallah submitted his government's resignation on Tuesday, in a step that would likely end stalled attempts at reconciling with the rival Hamas movement.

Hamdallah's government "will continue to serve our people wherever they are and shoulder all its responsibilities until a new government is formed," the official news agency Wafa reported following a Cabinet meeting.

It was not clear how this will impact policy, as President Mahmoud Abbas still remains the main decision-maker and representative with the international community.

The new cabinet is expected to be comprised of parties aligned with the Palestine Liberation Organization, which does not include the Islamist group, Hamas, or its allies.

Hamas criticized the resignation, saying that Abbas was attempting to form a "separatist government" to serve his interests.

An end to a stalled government

The unity government was formed in 2014 as part of a power-sharing agreement with Hamas. The Islamist group gained control of the Gaza Strip in a violent takeover in 2007.

However, the government never assumed its responsibilities in the Gaza Strip, and Hamdallah was nearly killed in an assassination attempt in 2018 when an explosion hit his convoy during a visit to Gaza.

The Palestinian government accused Hamas of being behind the attack, claims that the group denies.

Palestinian politics have been essentially paralyzed since the Gaza Strip takeover in 2007, with Abbas' governments continuing to have limited self-rule in the occupied West Bank while Hamas has led a rival government in the Gaza Strip.

Hamas is regarded as a terrorist organization by the United States, the European Union and others.