Pakistan's Panama Papers ruling is a win for everyone

Pakistan's apex court has ruled there's insufficient evidence to remove PM Sharif from office in a corruption case. DW analyzes why the verdict is satisfactory for the ruling party, the opposition as well as the army. 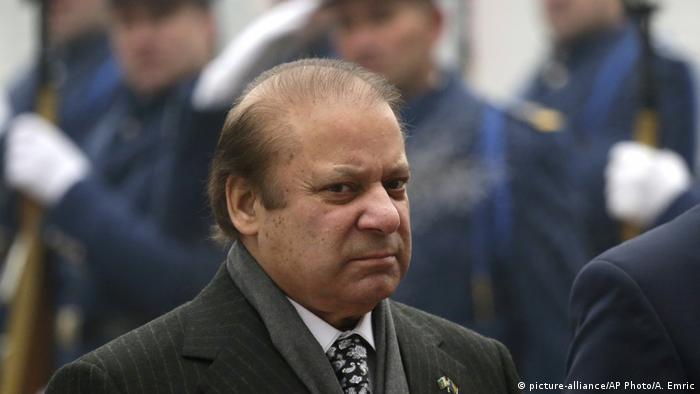 Pakistani Prime Minister Nawaz Sharif can breathe a sigh of relief now. For the past few months, the premier was troubled by the Panama Leaks trial, which could have cost him his post.

Prior to the Supreme Court's Thursday ruling, there had been a huge media hype in the South Asian country, with many people, particularly supporters of opposition leader Imran Khan, hopeful the judges would disqualify Sharif.

The Supreme Court issued a split decision - two judges in favor of the prime minister's disqualification, while the remaining three ordered further investigation into the corruption scandal that has kept Pakistani politicians on their toes for the past year.

"They (judges) have said what the PM already said in his letter - that a commission should be constituted to investigate the matter," Defense Minister Khawaja Asif told reporters outside the Supreme Court in Islamabad.

"We are ready for all kinds of investigation," Asif added. "It has been established today that any evidence or sacrifices given by our opponents in the Supreme Court were not enough. We have succeeded."

In April last year, the prime minister found himself in a precarious situation following the "revelations" made by the so-called Panama Papers. Leaked documents showed that three of the prime minister's children had links with offshore companies that owned properties in London.

Sharif and his family denied the allegations, but the local media and opposition parties, particularly Imran Khan's Pakistan Tehreek-e-Insaf (PTI) party, accused him of corruption and tax evasion.

"Nawaz Sharif should explain how his children made all this money," Khan said last year.

According to some legal experts, the papers are not necessarily evidence of corruption, as using offshore structures is entirely legal. But irrespective of its legality, the political repercussions of the scandal, dubbed "Panamagate" in Pakistan, were immense for Sharif. 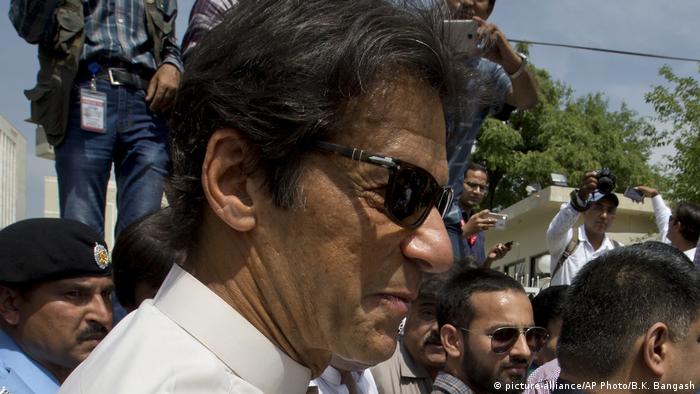 Opposition leader Imran Khan, a former cricket star, is likely to keep up the pressure on Sharif

The opposition parties have accepted the court's decision but have asked the prime minister to resign on "moral grounds."

"Not that the premier cares much about this kind of damage. In any civilized country, the head of government would have tendered his resignation in this situation," Nasir said.

But Nasir is of the view that the judicial commission would work under the Supreme Court's supervision and would be reporting to the judges' bench that is hearing the case.

"The ruling Muslim League party is celebrating the verdict prematurely. The sword is still hanging over the prime minister's head. I also think that Imran Khan should stick to his stance," Nasir underlined, adding the case is not over yet. PTI supporter Riffat Durrani-Moosa said the court could have asked for further investigation during the hearing. "The Supreme Court should also have ordered Sharif to step down as PM to allow independent investigations. Sadly, it didn't," said the Islamabad-based activist.

It was speculated in the local media that Prime Minister Sharif would've opted for snap elections had the apex court ruled against him. Is it still likely?

"No, I don't think so. Sharif won't call for early elections, and it has nothing to do with the Panama Leaks case; it is about the prevailing acute power shortage in Pakistan. Sharif would like to do something about the electricity crisis before the end of his tenure in 2018 and then go to the polls," said Nasir.

While Siddiqui is relieved the democratic system continues to work in Pakistan, he believes the government must hold snap elections and get a new vote of confidence from the public.

Despite the hype around the corruption scandal, some analysts say that Prime Minister Sharif is being "victimized" by the country's powerful military establishment, which is allegedly backing the opposition parties. The army leadership is very skeptical of Nawaz Sharif due to the premier's repeated attempts to improve ties with India and enhance trade between the two South Asian nuclear-armed archrivals. Also, a strong civilian government has always been a threat to the military's unchecked power.

Sharif's supporters say that corruption scandals involving politicians are not a new occurrence in Pakistan. Former President Asif Ali Zardari has been accused of massive corruption, and there are already court cases against him. There are graft allegations against the military generals as well, but hardly anyone from the army has ever been tried. 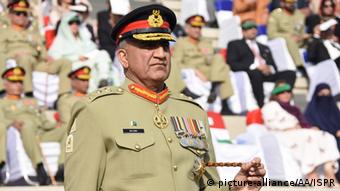 The activists decry the Pakistani military's alleged lack of respect for the rule of law. Last year, former military dictator Pervez Musharraf, who is facing multiple charges in Pakistani courts, was allowed to leave the country to seek medical treatment abroad. Considering the nature of the cases against Musharraf, it should not have been that easy for him to exit Pakistan. The former general is accused of treason, and involvement in the 2007 assassination of former Prime Minister Benazir Bhutto.

Analysts say it all comes down to the fact that Musharraf was a former military chief, and it was just a matter of time before he would be sent abroad. There are different sets of legal rules for the civilian politicians and for the army generals, they say.

"The Panama Leaks scandal in Pakistan is more a political issue than legal. There have been bigger corruption scandals in the country; none attracted that much attention," Ali K. Chishti, a Karachi-based security and defense analyst, told DW.

"Thursday's verdict in the case is, however, a victory for PM Sharif," Chishti added.

The ruling is actually a victory for everyone. The opposition can say that two judges on the bench asked for Sharif's removal, while the ruling party can rejoice that there is no immediate threat to the prime minister's job. And the powerful military establishment in Pakistan should be satisfied that it continues to keep PM Sharif under pressure.

Pandora Papers: How will the revelations impact Pakistan's politics? 05.10.2021

Several officials surrounding Prime Minister Imran Khan were named, but experts are skeptical of the possibility of a thorough investigation.