Pakistani support for extremists persists | Asia | An in-depth look at news from across the continent | DW | 29.04.2013

The killing of al Qaeda's former head Osama bin Laden in Pakistan two years ago embarrassed the Pakistani government and military. Experts, however, say Islamabad's policy to support extremists did not change. 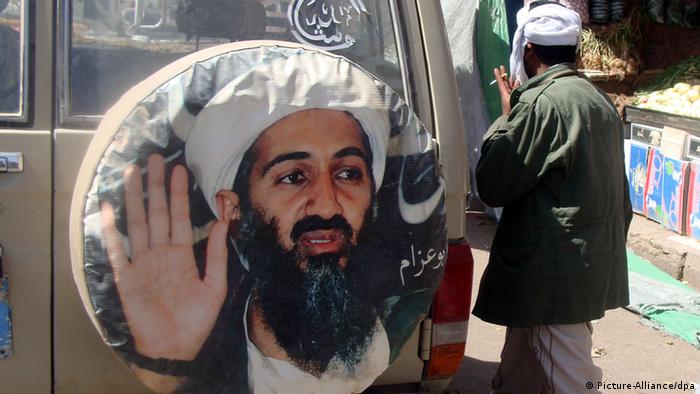 The West had long doubted Pakistan's commitment to the fight against the Taliban and al Qaeda.

It had often accused the Pakistani military's spy agency - the Inter-Services Intelligence (ISI) - of backing the Taliban militants. The discovery of al Qaeda's former head Osama bin Laden in the Pakistani garrison city of Abbottabad and his eventual assassination in a covert operation by US forces made the world all the more skeptical about Pakistan's intentions.

Western experts and officials questioned how it was possible that the world's most-wanted terrorist was living in Pakistan for more than five years and the country's ubiquitous military and its secret services did not know anything about him.

Experts say that Bin Laden's ideology of terror is very much alive in Pakistan, and that little has changed. 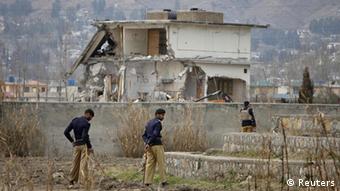 Pakistani officials insist they did not know about bin Laden's hideout

Matt Waldman, a researcher on the Afghanistan conflict at Harvard University, told DW that there was "evidence" that the ISI continued with its policy to support the Taliban and other Islamist organizations even after bin Laden's death.

"The evidence indicates that the ISI hasn't fundamentally changed its policy. The Afghan Taliban are in some ways stronger now. They launched twice as many attacks in 2012 than they did in 2008. They are able to sustain such a high level of attacks on Afghan and coalition forces by having quite an extensive network of bases inside Pakistan that deal with operations, logistics, training, recruitment and other matters."

Emrys Schoemaker, a communications analyst and researcher at the London School of Economics, is of the same opinion.

"All the evidence suggests that there are elements in the Pakistani military that continue to support the Taliban. And, if the West's expectation is that this support is going to stop, then the West is right to view aspects of the military and state do support the Taliban with suspicion."

"But I don't think that the Pakistani state is just a single entity that supports the Taliban. There are competing interests. There are those who would not want to support the Taliban."

Siegfried O'Wolf, a political science expert at Heidelberg University, said he was convinced that several elements within the Pakistan security apparatus still believed that the Taliban could be used as a strategic tool to counter Indian presence in Afghanistan.

"On one hand, Pakistan's recent rapprochement efforts with Afghanistan and the possible cooperation between the Afghan and Pakistani forces look quite promising, but on the other hand, the recent statements of the Pakistani military chief General Ashfaq Pervez Kayani about the vitality of Islam in Pakistan's policymaking can be interpreted as an indication that Pakistan will pursue the same old policies in future too," Wolf told DW via email. Can Pakistan use the Taliban after the NATO troops quit Afghanistan?

That the US and Afghanistan now want to negotiate with the Taliban without Islamabad's involvement is also not going down well with the Pakistani government, say experts.

The US is winding-up its operations in Afghanistan after a decade-long war against Islamist militants. NATO troops are scheduled to withdraw from war-torn Afghanistan in 2014. For more than a year, the US and the Afghan government have been trying to engage in "peace talks" with the Taliban to ensure a smooth transition of power in Afghanistan. They have so far been unsuccessful. Pakistan is not cooperating, some analysts believe.

"Washington and Kabul want to take Taliban on board, and there are reports that they are already conducting secret talks with some of their factions, but they want to exclude Pakistan from these negotiations. That, in my opinion, is the biggest hurdle in US-Pakistani relations and why Pakistan is sticking to its Afghanistan policy," Dr. Naeem Ahmed, professor of International Relations at the University of Karachi, told DW.

How to deal with Pakistan?

This leaves the West in a perpetual quandary on how to deal with Islamabad. It needs Pakistan's support in stabilizing Afghanistan yet at the same time it does not have full faith in its cooperation. 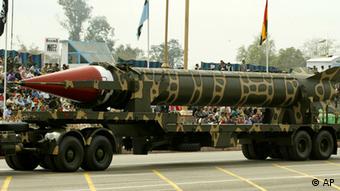 Pakistan's nuclear arsenal is a constant worry for the West

"So I think there is a huge desire to try and shape what happens in Afghanistan through the relationship with Pakistan. Secondly, there is still a very strong perception that the security of the West is influenced by the possibility of terrorism emerging from Pakistan, from training grounds, from secret training camps, etc. There are also concerns about Pakistan's nuclear weapons."

"There may have been an opportunity in the immediate aftermath of that operation for the Americans to pressure Pakistan on these policies," said Waldman.

"For whatever reasons, it decided against that. It may be that the US believed that it needed the cooperation of Pakistan in certain fields, for example the supply of goods to American forces in Afghanistan or the future withdrawal of troops from the country."

Certain Pakistani observers are of the view that no government in Kabul can function smoothly without Islamabad's support, and this leaves the US and other western countries in a dilemma.

Pakistani journalist Nasir Tufail is among them. "As we saw in the past, Pakistan can support insurgency in Afghanistan if its interests are not fulfilled. That doesn't augur well for Afghanistan."

Why Pakistan's nuclear bombs are a threat

Police has arrested former Pakistani President Pervez Musharraf in a case revolving around his decision to sack senior judges while in power. It is yet to be seen how the army will react to its former chief's arrest. (19.04.2013)

Malala a, 15-year-old Pakistani student, was shot by the Taliban in 2012 for her activism for girl's education. But as her struggle and commitment to equality continue, the issue has taken on a global dimension. (17.04.2013)