Why Pakistan's nuclear bombs are a threat 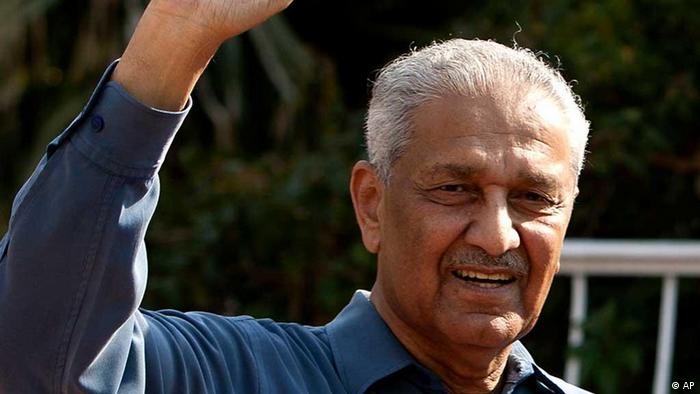 North Korea owes a great deal to Pakistan, in particular to its former nuclear chief Abdul Qadeer Khan, who, in 2004, confessed that he sold nuclear secrets to Pyongyang. Experts say that without Khan's help, North Korea would not be able to conduct nuclear tests.

Internationally, Khan is a controversial figure but in his country he is revered by millions and is fondly called the "father of the Islamic bomb."

Khan was removed from his post as head of the country's nuclear program by former military dictator and President Pervez Musharraf in 2001. Khan spent five years under house arrest after Musharraf had him arrested in 2004 for his alleged role in proliferating nuclear technology to "rogue states" like North Korea and Iran. The restrictions on his movement were relaxed after a court in Islamabad declared him a free man in 2009. The scientist now heads a political party and is preparing to contest upcoming parliamentary elections on May 11. 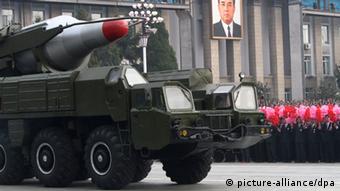 Although the nuclear controversy involving Pakistan and Khan has subsided, the Islamic Republic's nuclear arsenal is a constant source of worry for the international community. Though Pakistan's civilian and military establishments claim that their nuclear weapons are under strict state control, many defense experts fear that they can fall into the hands of terrorists in the event of an Islamist takeover of Islamabad or if things get out of control for the government and the military.

Pakistan, which conducted its nuclear tests in 1998, is battling with a protracted Islamist insurgency which threatens to paralyze the state. In the past decade, Islamists not only attacked civilians but targeted military installations and bases as well. Some international experts say that the Taliban and al Qaeda have their eyes on Pakistan's nuclear warheads.

"Nuclear programs are never safe. On the one hand there is perhaps a hype about Pakistani bombs in the Western media, on the other there is genuine concern," Pakistani journalist and researcher Farooq Sulehria told DW. "The Talibanization of the Pakistan military is something we can't overlook. What if there is an internal Taliban take over of the nuclear assets?" Sulehria speculated.

But it is not just militant Islamist groups that have an obsession with nuclear weapons. Even the moderate religious parties invariably use nuclear rhetoric against India and Western nations. Common Pakistanis, too, believe that nuclear weapons are "necessary" for the country. 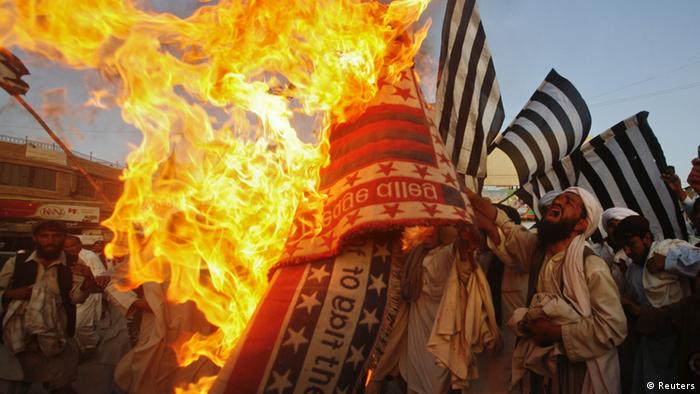 Religious extremists have gained more power in Pakistan than ever

"The atomic bomb is our protector. It guarantees our sovereignty. Nobody can harm Pakistan as long as we have this bomb, and that is the reason why the US, India and other Western countries are conspiring against it," Abdul Basit, a student at Karachi University, told DW.

Asim Uddin, a London-based Jamaat-e-Islami activist, told DW that Pakistan needed nuclear assets because it had a nuclear neighbor - India - against which it has fought three wars. "Pakistan needs nuclear weapons as a war deterrent," he said.

Sulehria, on the other hand, is of the view that Pakistan's nuclear obsession is more about domestic politics than external threats.

"Politicians use nuclear rhetoric to appease the public," he said.

Commenting on Khan, Sulehria said that the controversial scientist became a popular figure in Pakistan because his nuclear bomb fitted well into the jihadi doctrine of the Islamists. "Since the 1980s, jihad has been part of the state doctrine. And for jihad, one needs the 'ultimate weapon' -the nuclear bomb."

But not many people in Pakistan see a political role for Khan. Even his admirers like Uddin do not see him triumphing in upcoming parliamentary elections.

"This is Khan's first attempt at electoral politics. He can do well but it will depend on his selection of constituencies."

Experts say that no matter how Khan performs in elections, his nuclear ideology in Pakistan is a popular one, which is shared by Islamists and common Pakistanis alike.

Will Pakistan fail or find strength to start over?

As Pakistan gears up for elections, DW's Grahame Lucas analyzes a country at a crossroads. (14.03.2013)

North Korea seems to take confrontation with the United States and South Korea for granted. That hardline stance has German politicians worried the situation could escalate further. (05.04.2013)