Pakistani policewoman offers protection and understanding | Asia | An in-depth look at news from across the continent | DW | 16.04.2014

A police station run by women in Pakistan is filling an important role in a society dominated by men. Chief Bushra Batool says it's become a place of last resort for the desperate. 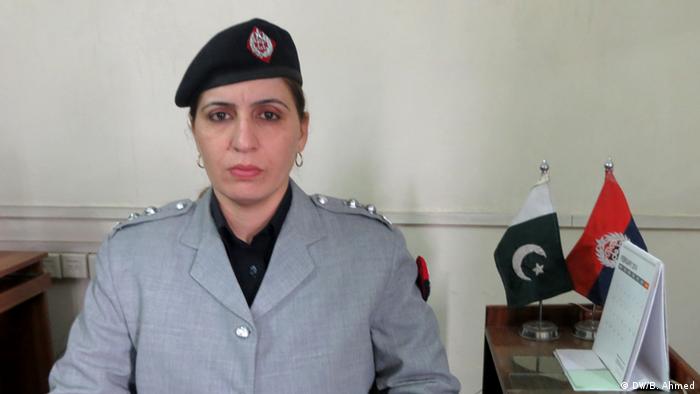 Bushra Batool, 36, clears her throat and adjusts the black beret atop her head. She heads up the women's police station in the garrison city of Rawalpindi.

Batool has just finished explaining to a man who came in to report that his maid stole his iPhone that she would have to file an investigation, despite his demands that she eschew legal procedures and bring the girl into custody to scare her into giving the phone back.

Police stations staffed by women officers were established to pursue cases filed against or by women as part of a frameworkinstituted in 1994 by the country's first female prime minister, Benazir Bhutto. In a society where everything from schools to wedding celebrations is segregated by gender, Batool says policewomen are essential in ensuring women see justice.

"Our female officers go on raids and sit with the women of the house to ensure their security and to search them," she says from her massive, glass-covered desk in her office. "If there's a woman accused of a crime, a policewoman has to be there to make the arrest. In our society, men can't do these things." 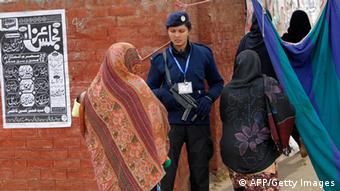 Batool says the need for women officers goes far beyond keeping men from checking purses in front of government buildings. The vast majority of cases her station handles are allegations of domestic abuse - which are not easy for women to bring.

"If a woman comes to the police station with a domestic violence claim, her in-laws might turn on her. They often say to her husband, 'Your wife has no respect for your honor.' Even if the woman is being psychologically tortured and physically abused, for a lot of families, that matters less than her husband's reputation."

Batool has seen the hard realities that follow these vexing social inequalities firsthand. Her officers provide escort to and from the courts for women who are staying in safe houses while their divorce proceedings are underway.

It's difficult for women to have their say in matters of marriage. According to the Human Rights Commission of Pakistan, more than 900 women and girls were killed in 2012 for dating or marrying against their parents' wishes. Ending a relationship can be just as risky.

"A woman only comes to the police station when she has no alternative," Batool says with a sigh. "It's an act of desperation."

That feeling is one that she says only a woman can understand. As the eldest child in her family, she felt the need to act when her father developed heart disease. 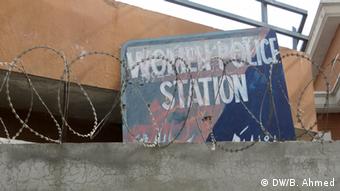 Batool had been working toward an MBA at the time, but postponed her studies to help the family when she saw a job posting for policewomen. "If I left my home and took this job, it was because of a need, or at least a desire to live an independent life."

That's not so dissimilar to the motivations that land many women in her station, whether they are accused of crimes, or filing cases against others.

"Not everyone we deal with here is a bad person," Batool says. "More often, they have a whole story behind them that pushed them to the point of getting into trouble with the law."

One such case is that of Hina Naheed*, who was brought in during a night raid on a brothel. Standing in a shadowy cell in the station where accused women are held until their cases are processed, she says she has been a sex worker for the last five years.

"I tried to do all kinds of things to improve my situation in life. I worked as a maid. I even got married again, but nothing changed for me and I ended up here."

On a mat in the cell is the three-and-a-half-year-old girl who she's taken care of as her own since the child's mother died. Caring for her and her older son pushes her to keep up this work, despite the pain it's caused her. 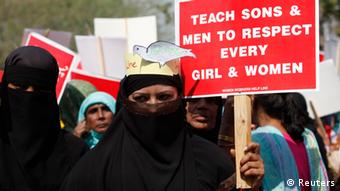 Women continue to struggle for their rights in Pakistan

"When I was a maid, the men of the houses I worked in would harass me," she says. "Eventually, I figured, if they're violating me, then I might as well take up sex work myself. It was very difficult at first. I cried a lot and became depressed, but now, I've accepted prostitution as a part of my fate."

Naheed has had to fend for herself and her small family since she left her husband several years ago. He had wanted to take a second wife - which is legal to in Pakistan but was unbearable to her at the time. Instead of accepting another woman into her husband's life, she got a divorce.

In a safe place

Bushra Batool hears these sorts of stories on a daily basis. She takes seriously her task to provide all women with protection while the law works its course.

"I can understand that [Naheed] is doing what she does because of some real need - one that my [female] officers will also understand and believe," she says. "Maybe if a male police officer were to speak to her, he would just degrade her."

Batool struggles with negative stereotypes about working women in a place where, she says, male chauvinism sometimes forces women to struggle or even starve instead of allowing them to work outside of their homes.

Her own engagement was broken off because her fiancé wanted her to leave her job. But, Batool says, being a policewoman has gave her financial stability and a sense of her self-worth, neither of which she's willing to compromise for any man.

"This station has taught me how to handle the ups and downs of my life," she says. "I can't leave it now."

*This name has been changed to protect the woman's identity.

With no help from the government, survivors of acid attacks in Pakistan struggle to find new meanings in their lives. A beauty salon in Lahore is treating these women, while also encouraging them to smile again. (02.01.2014)