Pakistani activist Waqas Goraya: ′Progressive voices are more united than ever′ | Asia | An in-depth look at news from across the continent | DW | 16.02.2017

In an interview with DW, Ahmad Waqas Goraya, a blogger who went missing in Pakistan last month, says he has never been involved in any anti-state or anti-Islam activity. He also opens up about his ordeal in captivity. 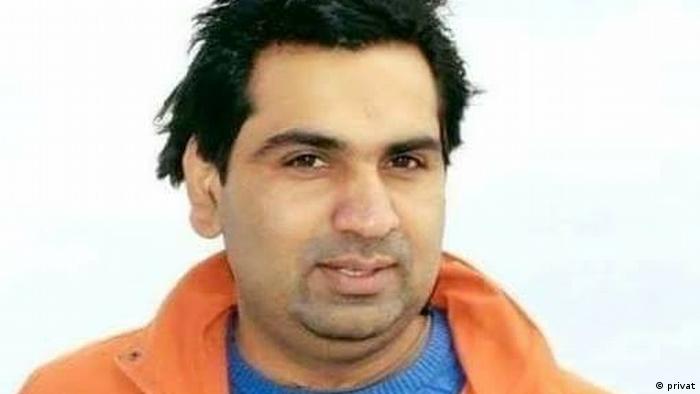 Amir Liaqat has been barred from his show after saying five secular activists who recently disappeared and other liberal Pakistanis should be killed for blasphemy. Local police have accused Liaqat of hate speech. (26.01.2017)

While the Pakistani civil society is campaigning for the recovery of secular activists, a blasphemy complaint has been put forward against the "disappeared" persons. Experts say this increases the risks to their lives. (16.01.2017)

Pakistani activist Salman Haider had gone missing from the capital, Islamabad, earlier this month, along with four other rights campaigners. Their disappearance sparked nationwide protests and military crackdown fears. (28.01.2017)

Pakistani activists and bloggers who went missing last month returned to their homes as mysteriously as they had disappeared. It is still unclear who had "abducted" these people. Some rights groups blame the South Asian nation's security agencies whereas others accuse militant groups for the disappearances. The government has denied the military's role in it, and no Islamist organization has claimed responsibility either.

Their disappearance sparked nationwide protests and military crackdown fears in the Islamic republic.

Renowned rights activist and university professor Salman Haider had disappeared from the capital Islamabad on January 6, according to his relatives and human rights organizations. At least three other secular activists – Ahmad Waqas Goraya, Asim Saeed and Ahmed Raza – had also gone missing. While all these people work in different fields, they have one thing in common: their consistent and sharp criticism of Pakistan's security establishment and conservative groups.

On January 16, the missing persons' case took a new turn when an Islamabad resident filed a complaint with the police accusing the missing activists of committing blasphemy. Blasphemy is a sensitive topic in the Islamic nation, where around 97 percent of its 180 million inhabitants are Muslim. Rights advocates have long been demanding reform of the controversial blasphemy laws, which were introduced by the Islamic military dictator General Zia-ul-Haq in the 1980s. Activists have said the implementation of these laws has little to do with instances of blasphemy and are often used to settle petty disputes and personal vendettas.

Pakistan has routinely ranked among the world's most dangerous countries for reporters, who find themselves caught between the powerful security establishment and militant groups such as the Taliban. Criticism directed at Pakistan's powerful military, which dictates the country's security and foreign policies, has often seen journalists detained, beaten and even killed.

In an interview with DW, blogger Ahmad Waqas Goraya, who is currently based in the Netherlands, talks about blasphemy allegations against him and why social media activism is important for the progressive voices in Pakistan. 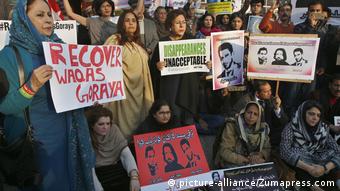 DW: How do you feel now after being freed from "abduction"?

Ahmad Waqas Goraya: While I was in captivity, I thought I would not come out alive. Now I am free but things are still not so good. The blasphemy allegations against me have jolted my family. Even in the Netherlands, I don't feel safe. Muslims are sensitive about the issue of blasphemy, and some people can be aggressive. The blasphemy backlash may not be as frequent in Europe as we see in Pakistan, but it does take place here as well because radical people can be anywhere. There is always a chance that a fanatic recognizes me from the media and attacks me.

Have you received any threats?

After my return to the Netherlands, my friends and people close to me advised me to be careful. There can be a crazy person anywhere.

While you were missing, a media campaign was launched in Pakistan showing images and screenshots of some Facebook pages that right-wing groups claimed carried blasphemous material. Did you have anything to do with those pages?

I don't care about the media campaign, as it is run by people who promote hatred and extremism. For example, TV host Amir Liaquat has incited violence through his shows. Another TV personality Orya Maqbool Jan has openly supported "Islamic State" (IS) and the Taliban.

About blasphemy allegations against me, I want to say that those who accuse me of that must produce some evidence. It has created a lot of problems for me and my family. 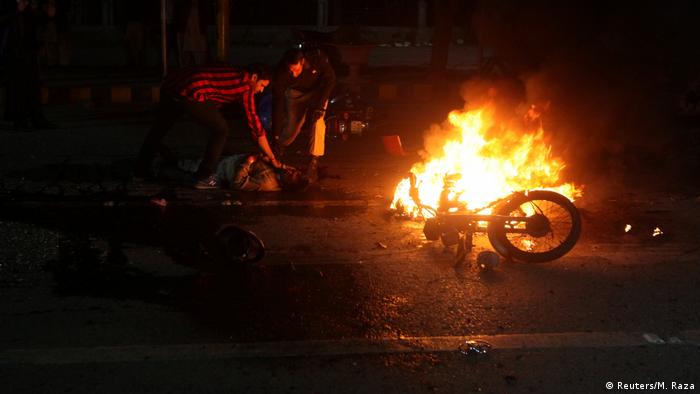 Why is social media activism important for a country like Pakistan?

Through social media, your message reaches a large number of people. If you are talking about an issue, your message reaches different sections of society. In my opinion, it has a bigger reach than traditional media. Also, on social media you can say whatever you want and you're not restricted by censorship, which is not the case with mainstream media. Traditional media promotes a particular narrative and a certain point of view. On social media, we see diverse opinions.

What do you want to achieve through your activism?

My activism is based on the universal declaration of human rights. This is the least we can achieve in Pakistan - the right to assembly, equal rights for all citizens irrespective of their gender, race and faith.

What prompted you to get involved in social media activism?

The assassination of the governor of Pakistan's Punjab province, Salman Taseer, by his bodyguard was a turning point for me. After that incident, I listened to the lectures of moderate Muslim scholars like Javed Ghamdi, who emphasize that extremism must be rejected by Muslims. Ghamdi also condemned Taseer's murder and denounced his assassin, Mumtaz Qadri. At that point, I thought we had to speak up otherwise Pakistan would suffer. 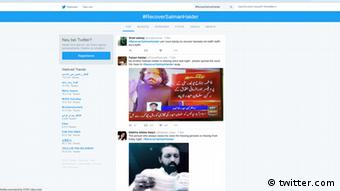 University professor and activist Salman Haider has also been released

Social media activism unites people. What happened to me and other bloggers has united people even more. But let me make it clear, I have never been involved in any anti-state or anti-Islam activity. I have been loyal to Pakistan even though I have been living in Europe for almost a decade. I never gave up my Pakistani nationality because I want to go back to my country and work for its progress.

I don't want to speak about that. However, I would like to say to the people who suspect that Pakistan's intelligence agencies picked me up, they should know that they also freed me, which means I had nothing to do with any blasphemous page. People should also know that I was not picked up for that reason at all.