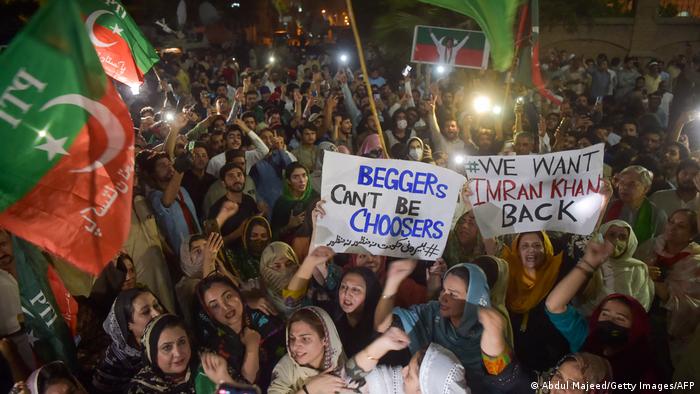 Following the removal of Pakistani Prime Minister Imran Khan in a no-confidence vote, experts say the political reset could usher in short-term stability, but the new leadership will soon face challenges inherited from the former government.

Khan had attempted to sidestep a no-confidence vote nearly two weeks ago by dissolving Parliament and calling for new elections, sparking a constitutional crisis.

Pakistan's Supreme Court ruled that unconstitutional on Thursday, and ordered lawmakers to reconvene.

"Today, I congratulate the entire country," said Maulana Fazalur Rehman, head of the opposition alliance the Pakistan Democratic Movement (PDM). "This is the victory of our constitution and the entire nation," he added.

Shahbaz Sharif told journalists that it was a landmark day for the country.

"This alliance will rebuild Pakistan, and we will not indulge in the political victimization of the opponents," he said after Sunday's vote.

Angry supporters of Khan's Tehreek-e-Insaf (PTI) party shouted anti-American slogans in response. Khan had made unfounded allegations that the US had colluded with opposition parties to have him removed.

Khan had called for demonstrations against what he called an attempt to "install" a new government by "foreign powers."

Police dressed in riot gear had to intervene and separate the sides.

What is next for Pakistan?

Some analysts and legal experts say Khan's removal  is a victory for the constitution and democracy in Pakistan. However, whether a new government will bring stability is an open question. 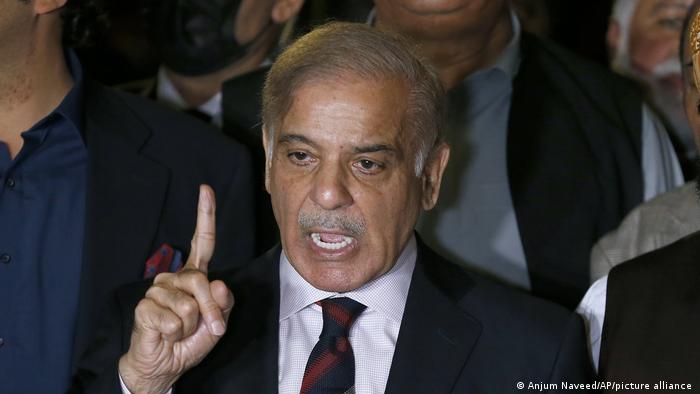 "This ruling has delivered a major triumph for Pakistan's democracy and constitution, and understandably the opposition is delighted that it will now have a chance to take power," Michael Kugelman, a South Asia expert at the Washington-based Woodrow Wilson Center for Scholars, told DW.

"But, after the euphoria subsides, it's likely in for a rude awakening. ... It will inherit a terrible economic mess," he said.

Under Khan, Pakistan entered an economic crisis, with inflation and unemployment skyrocketing.

The political instability has exacerbated Pakistan's economic woes, as the rupee plunged to an all-time low against the US dollar Thursday.

"As the US dollar continues to soar, a massive economic meltdown is staring the country in the face," Sharif wrote on Twitter.

"The court's verdict sets Pakistan back on course towards having a functional government. This is a good signal for the markets that were jittery due to the uncertainty in recent days. But the road to stability is still a long one," economic expert Khurram Husain told DW.

"A new government has to come in, and quickly seek a resumption of the IMF [International Monetary Fund] program, and along the way it has to make the tough decisions required to make this happen. The road ahead is not an easy one, but at least it is opening up now," said Husain.

Other experts said Khan's ouster could trigger a new round of political instability in a nation with a history of military intervention in politics.

Pakistan has seen four military coups since it declared independence in 1947.

"The opposition will also face the ire of an angry PTI, which will hound it relentlessly," Kugelman said.

"Khan will be able to trot out a narrative of victimization, rooted in the idea that an international conspiracy removed him from power, and use this to rally his base and prepare for his next big political move," he added. 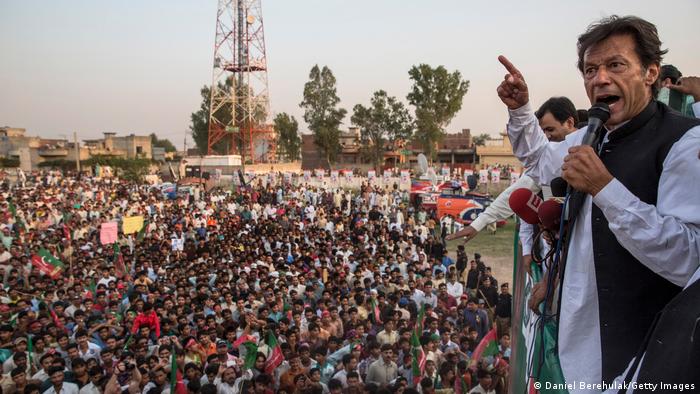 A constitutional victory for Pakistan?

"In a system where a trichotomy of powers exists, when the executive branch attacks the legislature, it becomes the duty of the judiciary to protect the legislature. The chief justice and his fellow judges have fulfilled that duty and provided support to Pakistan's nascent democracy," he said.

Atika Rehman, a journalist with the Pakistani newspaper Dawn, told DW that the Supreme Court's ordering the no-confidence vote was a "landmark decision" that upheld the "supremacy" of Pakistan's constitution.

"In the past, there have been dark chapters that have been a blot on our democracy. The court proved that those days are indeed in the past. It's a very welcome verdict," he added.

"The challenge for the new prime minister is serious and multipronged," Rehman said.

"Political instability will further plunge the economy into a downward spiral, and, with the prices of commodities already as high as ever, it can create public unrest," Rehman added. "The situation is becoming untenable and requires both immediate and farsighted action to give relief to members of the public."

Pakistan's embattled prime minister says he accepts a Supreme Court decision overturning his attempt to avoid a no-confidence vote. He insisted that Washington was behind the step to remove him from office.

'Pakistan's constitutional crisis is spiraling out of control': Shamil Shams