Opinion: Political chaos doesn′t augur well for Pakistan′s democracy | Asia | An in-depth look at news from across the continent | DW | 08.04.2022 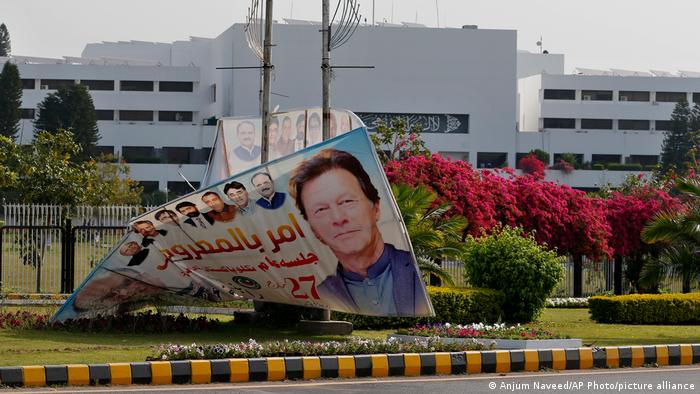 Pakistan's Supreme Court dealt a severe blow to Prime Minister Imran Khan and his Pakistan Tehreek-e-Insaf (PTI) party on Thursday by ruling that his maneuver to dissolve parliament — to avoid a vote of no-confidence in his leadership — and call early elections was illegal.

It's not clear what Khan's next steps would be, but the opposition was ecstatic after the verdict.

As per the court order, lawmakers are to convene at the National Assembly in Islamabad on Saturday for a no-confidence motion.

It's highly likely that the prime minister will lose the vote. Opposition parties say they have enough support in the 342-seat house to oust Khan.

If Khan is removed from power, Pakistan would witness the failure of yet another government to complete its full five-year term.

It is democracy that has suffered the most in the ongoing political chaos in the country.

Khan's rift with the military

After coming to power in 2018, Khan launched an array of projects to alleviate the suffering of Pakistan's impoverished and marginalized communities. His multibillion-rupee initiative to issue health insurance cards immensely helped the poor, along with projects that provided shelter to the homeless, scholarships to impoverished students and quarterly financial aid to extremely poor sections of society, among other things. 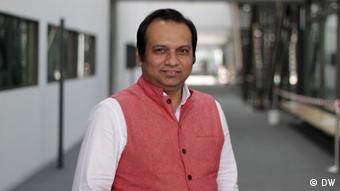 During his initial days in office, it was evident that Khan had the backing of the military, Pakistan's most powerful institution. When some opposition parties began criticizing the army, Khan was quick to defend the generals and maintained a healthy relationship with the men in uniform.

But relations between the prime minister and the military seem to have soured since then. There was a weekslong standoff between Khan and the army chief, General Qamar Javed Bajwa, over the appointment of a new head of the Inter-Services Intelligence(ISI) spy agency last year.

'Pakistan's constitutional crisis is spiraling out of control': Shamil Shams

And Khan's positioning of himself as an "anti-West" leader and his increasingly strident criticism of the US and the EU did not go down well with the army, which views the West as key to Pakistan's economic and security interests.

The US and the EU are among Pakistan's largest economic partners, with huge influence over global financial institutions, whose assistance Islamabad desperately needs to get out of the economic mess it finds itself in.

Furthermore, Pakistan has always tried to maintain a balance in its strategic relations, with the West on one side and China and Russia on the other. Khan disrupted this balance by veering heavily toward Beijing and Moscow, triggering concerns among the Pakistani military establishment over how his actions would affect Islamabad's ties to Washington.

Khan has little to show in terms of performance

Khan claimed that his defiance of "US dictation" and following an "independent" foreign policy infuriated Washington and its EU allies and that's why the US wants him gone.

With his rhetoric, Khan has been successful in promoting an anti-American and anti-West narrative while declaring his political opponents as stooges of foreign powers. This seems to have increased his popularity among conservative and right-wing voters, including those in Punjab, the country's most populous province, which decides the fate of politicians during elections.

The anti-US narrative is a tried-and-tested formula in Pakistan. Most political parties and religious factions keep the tactic up their sleeve in case things get out of hand. In 2017, when the Supreme Court ordered the removal of then Prime Minister Nawaz Sharif from office because of corruption accusations, Sharif said it was part of "an international conspiracy."

Khan is now using the same tactic as he needs to prepare for the elections and has very little to show in terms of performance.

There has been a sigh of relief after the top court's verdict to restore Parliament, with many believing that it would restore a modicum of political stability. But things don't appear optimistic for Pakistan.

Khan and his PTI party will most likely take to the streets and resort to protests and agitation, heightening political tensions and instability in the nuclear-armed Islamic nation.

The prime minister once said democracy functioned on moral authority. We keep hearing this statement from opposition political parties as well. But when it comes to their interests, all the nation's political actors trample on moral and democratic values.

Whatever has happened in the past few days will not benefit Pakistan's democracy and democratic values.

Some politicians may get temporary benefits from this fiasco, but the forces that have not allowed any Pakistani prime minister to complete a full term in office will once again be the ultimate long-term beneficiaries.