The IMF's executive board released a stalled tranche from a $6-billion bailout package to Pakistan. It warned the South Asian country's economy remained vulnerable, not least because of the pandemic. 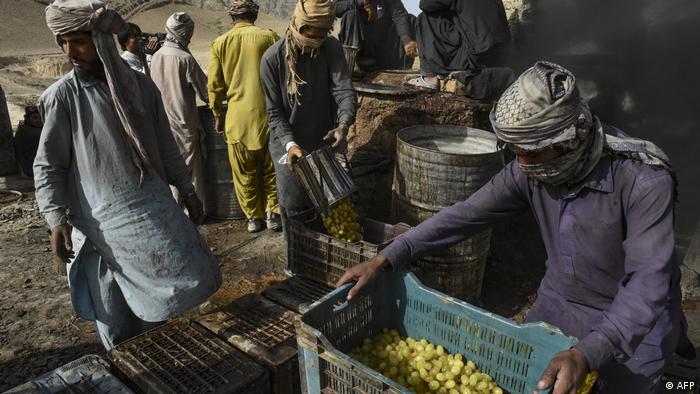 The International Monetary Fund on Wednesday approved a $1 billion loan to Pakistan, reviving a bailout package that had been suspended due to a delay in Islamabad's compliance with the terms.

The disbursement is part of a $6-billion (€5.34 billion) bailout package secured by Pakistan in May 2019 after difficult negotiations.

The 39-month loan program — meant to help cover for major shortfalls in government coffers — is subject to regular reviews of its economic policy and growth by the IMF.

The latest tranche of the so-called Extended Fund Facility (EFF) was released after the decision by the IMF executive board at a meeting in Washington.

However, a subsequent tranche meant to be paid later in the year was held back because of the Imran Khan government's failure to implement an economic reform agenda.

With this disbursement, Pakistan has been loaned $3 billion from the total $6 billion package so far.

The development is a shot in the arm for Pakistan's crumbling economy which is struggling due to rising global energy and commodities prices. Attempts to increase tax revenues have probably only helped fuel inflation as a side-effect.

"The Pakistani economy has continued to recover despite the challenges from the COVID-19 pandemic, but imbalances have widened, and risks remain elevated," the IMF said in a statement.

The executive board called for increased focus "on measures to strengthen economic productivity, investment, and private sector development, as well as to address the challenges posed by climate change."

Pakistan is witnessing an unprecedented economic turmoil, with the inflation rate rising exponentially. DW spoke to some locals who say it has become impossible for them to make ends meet.

The Pakistani government's recent flip-flop on the partial resumption of trade with India highlights how geopolitical considerations — rather than economic or rational — drive policymaking.