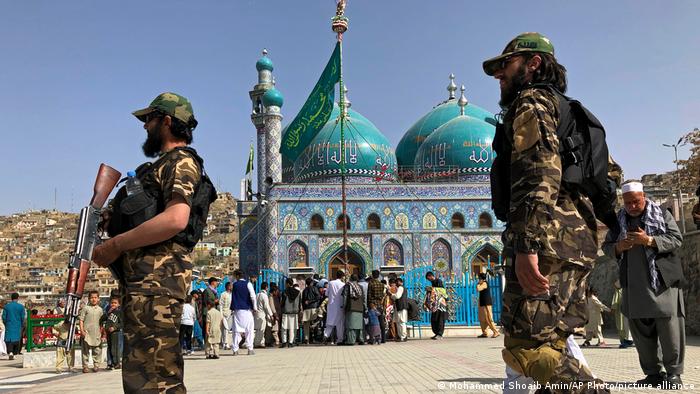 Tensions between Pakistan and Afghanistan have been on the rise since the ultra-religious hardline Taliban seized Kabul last year.

Islamabad claims that regular attacks are being carried out by militant groups operating from across the border.

What did the Pakistani government say?

In its statement on Sunday, the Pakistani Foreign Ministry gave an unusually direct assessment of the situation.

"Pakistan, once again, strongly condemns terrorists operating with impunity from Afghan soil to carry out activities in Pakistan," it said in a statement on Sunday.

Pakistan was itself often accused of harboring the Afghan Taliban before the hardline movement returned to power last August. Islamabad has since been at the forefront of efforts to have the world engage with the new Afghan government.

It remains unclear if Pakistan's new Prime Minister Shahbaz Sharif will offer as much support to the Taliban as his predecessor Imran Khan. Under conservative Islamist Khan, who was ousted in a no-confidence vote earlier this month, Pakistan has drifted away from US influence and closer to Russia and China.

The Taliban claimed that at least 45 civilians had been killed, including at least five children and a woman, in the air assaults. There were protests in Khost on Saturday in response to the attacks. 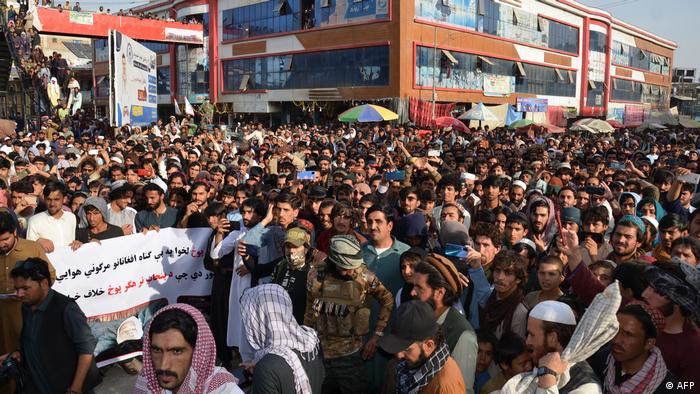 The Pakistani Foreign Ministry has not confirmed the air strikes, and Pakistan's embassy in Kabul denied the country had carried them out.

Taliban spokesman Zabihullah Mujahid urged Pakistan "not to test the patience of Afghans on such issues and not repeat the same mistake again otherwise it will have bad consequences.''

The United Nations Assistance Mission (UNAMA) in Afghanistan voiced its concern at reports of the raids and casualties.

"UNAMA is deeply concerned by reports of civilian casualties, including women and children, as a result of airstrikes in Khost and Kunar provinces," the body said.