Pakistan submits to Turkey′s ′authoritarian demands′ on Gulen | Asia | An in-depth look at news from across the continent | DW | 16.11.2016

Authorities have ordered teachers with alleged links to Turkish cleric Gulen to leave the country as Turkey's President Erdogan visits Pakistan. Experts say the move is aimed at appeasing Ankara. 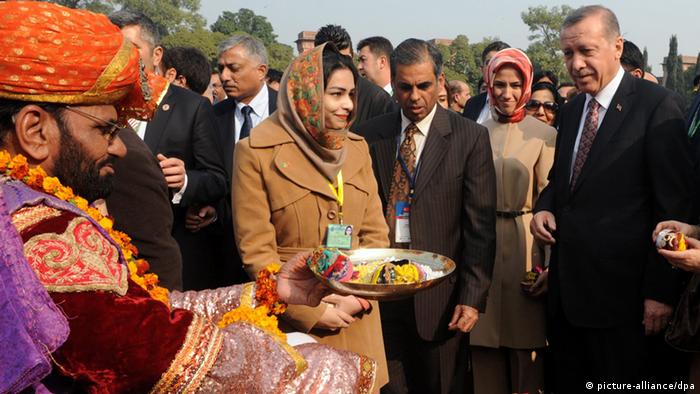 Turkish teachers and their families in Pakistan were given a three-day notice by authorities to leave the country, PakTurk International Schools and Colleges said in a statement on Tuesday.

"PakTurk International Schools and Colleges are deeply concerned over the abrupt decision of the government requiring the Turkish teachers, management and their family members...to leave the country within three days," the school said.

It added that the staff were asked to leave because of "non-approval of their requests for extension of visa."

The PakTurk Foundation said the schools would continue operating across Pakistan despite the expulsion of Turkish teachers.

In July, Turkey asked Pakistan to crack down on institutions run by US-based cleric Fethullah Gulen, who Ankara believes was behind the failed coup against President Recep Tayyip Erdogan. Sadik Babur Girgin, Turkey's ambassador to Islamabad, had explicitly asked Pakistani officials to shut down such organizations in their country. 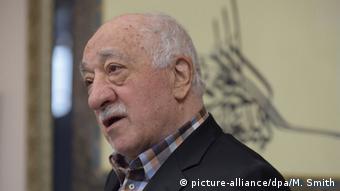 There are 28 institutions in Pakistan administered by Gulen's PakTurk Foundation, which is also planning to open a university in the country. Operating there for decades, the Gulen movement's supporters also have business stakes in Pakistan.

"We have called on all friendly countries to prevent activities of this (Gulen's) group," Girgin said at a media briefing on July 23 in the Pakistani capital Islamabad. He noted that Turkey was in close contact with Pakistani authorities, adding, "We have had good cooperation with Pakistan in every field."

Pakistan's English-language Dawn newspaper, citing sources, said Ankara wants Islamabad to transfer the schools' management to an international non-governmental organization with links to Erdogan's administration. This claim has not been verified.

Erdogan is due to arrive in Pakistan later on Wednesday, November 16, and will address the Islamic country's parliament on Thursday.

Before his departure from Ankara, Erdogan praised Pakistan's actions against Gulen-linked organizations.

"Pakistan's decision to have people linked to FETO leave the country by November 20 is very pleasing," Erdogan said, referring to what his government calls the Gulenist Terror Organization (FETO).

"Just like Turkey, Pakistan is carrying out a relentless fight against terror. Turkey supports Pakistan's battle until the end," the Turkish president added. 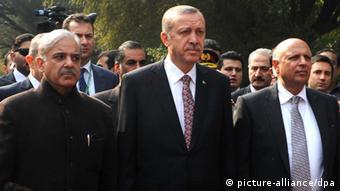 Sattar Khan, DW's Islamabad correspondent, says the students of the PakTurk school network and the staff of the institutions administered by the organization have vowed to protest the government's move against them.

"There are many Turkish people living in Pakistan. Are they all Gulen followers?" an official of the PakTurk school network told DW on condition of anonymity. "We have a staff of around 1,500 people in Pakistan, and more than 8,000 students are studying in our 22 campuses across the country."

Cricketer-turned-parliamentarian Imran Khan also indicated that his opposition Pakistan Tehreek-e-Insaf (Movement for Justice) party would oppose the closure of PakTurk schools. Sources claim that Khan has stakes in the PakTurk foundation. Earlier he said his party's lawmakers would boycott Erdogan's speech in parliament, but on Tuesday media reports suggested that Khan was ready to revise his decision on request from the Turkish ambassador in Pakistan.

Some analysts also say that Khan is opposed to the Turkish government because of Erdogan's close ties with Pakistani Prime Minister Nawaz Sharif. At a time when Sharif is under immense pressure due to his alleged links with offshore companies, Khan considers Erdogan's Islamabad visit as an endorsement of PM Sharif's government.

Pakistan's proponents of secularism are angry about Ankara's demands to crack down on Gulen institutions. They are also opposed to PM Sharif's close ties with President Erdogan, whom they consider an "authoritarian ruler."

The Islamic country's activists believe Erdogan is using the failed coup to impose his totalitarian rule in Turkey. They say Ankara is cracking down on dissidents, secular and Kurdish activists and journalists, and has introduced controversial terror laws - something, they say, is a bad example for Turkey's ally Pakistan.

Some say that Pakistanis can share a thing or two with the Turkish people about their disastrous experience with Islamism.

The rise of Islamic extremism in Turkey as a result of the Syrian conflict and the way President Erdogan is using the war to silence dissent against his authoritarian rule and crush Kurdish separatists are some of the factors that are likely to shape Turkey's future. Pakistan underwent a similar transformation in the 1980s and is still struggling to come out of it.

The Afghan war of the 1980s dramatically changed the political landscape of Pakistan. Like Ankara, Islamabad decided to become a party to the war at the behest of the West to achieve its own strategic goals - to expand its area of operation in Afghanistan to counter Indian influence. 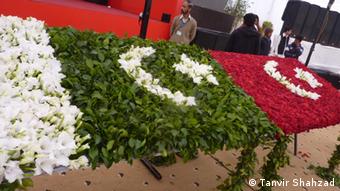 Michael Kugelman, a South Asia expert at the Woodrow Wilson Center for Scholars, believes it is risky to compare Turkey with Pakistan under Zia ul-Haq, as there are many differences in their situations. But he noted that there are some striking convergences as well: "The main one is the overall volatile dynamic - a strongman-type government presiding over an environment of growing instability and terrorist threats. There is also a level of deepening Islamization in Turkey today that bears uncanny resemblances to what happened in Pakistan in the 80s," Kugelman said.

Pakistani liberal activists say Islamabad should not encourage Erdogan by obliging his government's unlawful and authoritarian demands. Promotion of secular and democratic values is the only way forward, they say.