Pakistan refuses self-examination over Peshawar attack | Asia | An in-depth look at news from across the continent | DW | 17.12.2014

Scores of children were killed in a recent Taliban attack on a school in Peshawar. But instead of re-evaluating its own flawed security policies, Pakistan's establishment is pointing fingers at neighboring Afghanistan. 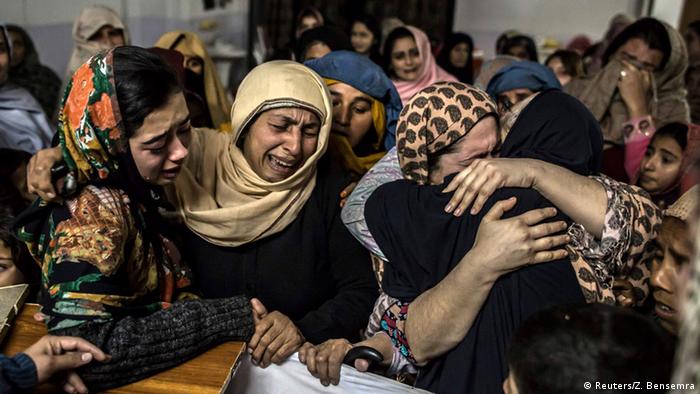 Those who were expecting a drastic shift in Pakistan's security policies after the heinous attack by the Taliban on a school in Peshawar will have to wait some time. The assault, in which 141 people were killed, provided a great opportunity for the Pakistani authorities to do some introspection and re-evaluate the country's decades-old security policies. Islamabad, however, chose to put the blame on "external elements," yet again.

The chief of Pakistan's ubiquitous army, Raheel Sharif, flew to Afghanistan on Wednesday, December 17, to meet the top military and civilian leadership in Kabul and discuss the Tuesday massacre. The Pakistani media claimed that Sharif demanded the Afghan government to extradite the head of the Tehreek-e-Taliban Pakistan (TTP), Mullah Fazlullah, who is wanted in terrorism cases in Pakistan. 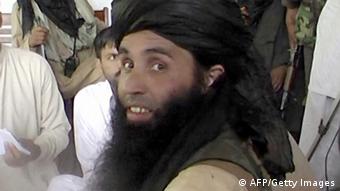 Fazlullah took over the TTP in November 2013

Pakistan's Dawn newspaper has cited the country's security sources as claiming that a Taliban commander, Umar Naray, had masterminded the Peshawar attack from Afghanistan.

"His (Naray) communications have been intercepted as well which helped security agencies in tracing his location and whereabouts which was urgently shared not only with the Afghan army but also with NATO forces," a security source told Dawn.

Over 130 children were killed in an army-run school in the capital city of the northwestern Khyber Pakhtunkhwa province on December 16. The Pakistani Taliban claimed the responsibility for the school siege and attack and said the assault was a "response to military's 'Zarb-e-Azb' offensive, the killing of Taliban fighters and the harassment of their families."

The attack led to widespread condemnation of the Taliban both locally and internationally. A large number of Pakistanis demanded the government take decisive action against all Islamist groups in the country once and for all.

Prime Minister Nawaz Sharif, who declared a mourning period after the kilkings, also pledged to step up efforts against the insurgents. "The fight will continue. No one should have any doubt about it," Sharif warned. "We will take account of each and every drop of our children's blood."

The Pakistani military controls the security and defense matters

On Wednesday, Sharif convened a conference of the country's main political parties to devise a strategy against the militants. But before the civilian government reached a political consensus on how to deal with home-grown Islamists, a number of conservative political commentators, religious parties, and members of the security establishment had begun talking about the alleged role of New Delhi and Kabul in the attack.

"Pakistan needs a long-term policy to eradicate terrorism. It might be true that Fazlullah was behind the Peshawar attack, but Islamabad needs to look internally as well," former DW Urdu journalist and Islamabad based analyst, Agha Sattar, told DW.

Sattar added that earlier this month when US officials in Afghanistan handed over the Taliban commander Latif Mehsud to the Pakistani authorities, many hoped that Washington, Kabul and Islamabad were finally on the same page over the Taliban issue. "But the recent surge in attacks in the Afghan capital, and the insistence of the Afghan government that the attackers were backed by the Pakistani spy agency, the Inter-Services Intelligence (ISI), showed that the conflict was far from over," Sattar said.

The Hague-based Pakistani human rights activist, Kamal Ayoub, says that India and Afghanistan too react to terror attacks by blaming Pakistan. "That's how all these countries try to conceal their own shortcomings and responsibilities," he told DW.

Zeenia Shaukat, an activist working for a labor rights institution in Karachi, does not find the Pakistani reaction surprising. "The 'Indian agents' thinking is deeply entrenched not only in the mindset of our policy-makers, but also among the general public. Unfortunately, the media too promotes the 'foreign forces-did-it' narrative," she told DW. 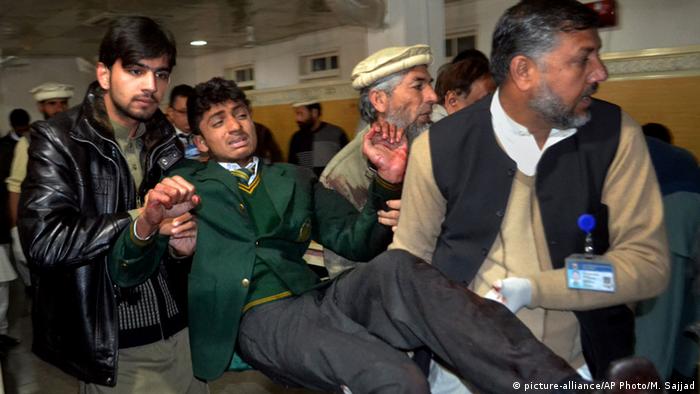 The fact remains that most Pakistani politicians and military officials normally do not condemn the Taliban unequivocally. A number of them do not use the term "the Taliban" or "TTP" while commenting on terror attacks.

On Wednesday, Altaf Hussain, one of Pakistan's anti-Taliban politician who is currently in self-exile in London, lashed out at PM Sharif for "avoiding to hold the TTP directly responsible" for the Peshawar massacre.

Some experts say that Islamabad wants to use the Taliban in Afghanistan after the NATO drawdown in the coming days, while others assert that the Pakistani military hopes to regain the influence in Kabul it once enjoyed before the US and its allies toppled the pro-Pakistan Taliban government in 2001.

However, Pakistani analyst Abdul Agha is of the view that his country's powerful army is responsible for the continuing strength of the TTP. "They are nurturing and supporting a number of militant groups. The result is that they are still very active," he told DW.

Commenting on the Zarb-e-Azb army operation in Waziristan, Agha said that "the government is going after the [militant groups] that have turned against the state, or who don't agree with its long-term plans vis-à-vis Afghanistan. Pakistan wants to eliminate some and will preserve some for the future." 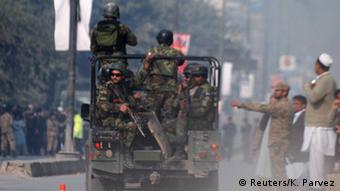 Maqsood Ahmad Jan, an analysts based in Charsadda near Peshawar, criticized the government of the northwestern Khyber Pakhtunkhwa government, headed by cricketer-turned-politician Imran Khan's conservative Pakistan Tehreek-e-Insaf (PTI) party, for its pro-Islamist stance. "Khan has a soft spot for the Taliban. His party's provincial government has failed to protect the common people from the extremists. The school siege is proof," Jan commented.

Since August, the PTI has been holding country-wide demonstrations to topple PM Sharif's central government, which Khan and his party officials claim came into power in May 2013 through rigged parliamentary elections. Experts say that since the embattled premier is busy fighting a political war in the capital Islamabad, he is not in a position to focus on the terrorism issues.

"It is no secret that the PTI is a sympathizer of the Taliban insurgency as the party has repeatedly denounced military action against the extremists on the pretext of opposing American interference. Since Khan started demonstrations against Sharif's government, his party has remained largely silent on Zarb-e-Azb," Islamabad-based political commentator, Khayyam Mushir, told DW, adding that the ongoing anti-government protests were a major distraction for the PM Sharif who is further conflicted on what position to take on the terror issue.

Taliban gunmen have killed dozens of children after storming a military-run school in Pakistan. But the attack will only intensify the hunt for the militants who are now fighting for survival, says analyst Omar Hamid. (16.12.2014)