More than 130 children have been killed in a Taliban attack on a school in the Pakistani city of Peshawar. Analysts say the school siege proves the country's counter-terrorism policies have failed. 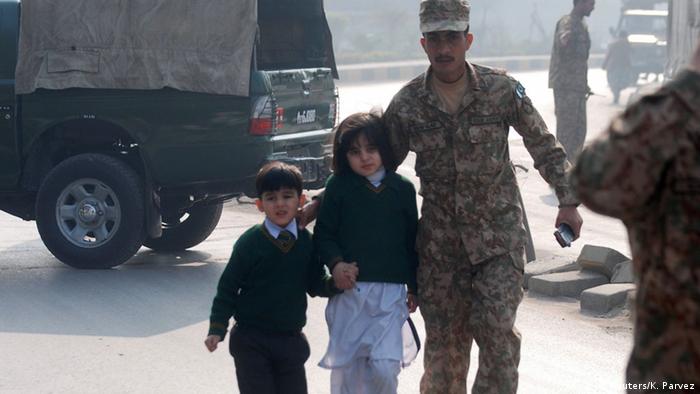 For months, Pakistani army officials, including Army Chief Raheel Rharif, claimed that the military's operation against the Taliban – known as Zarb-e-Azb – in the country's northwestern areas had been extremely successful in destroying the militants' sanctuaries. But the Islamists' attack on an army-run school in Peshawar, the capital city of the Khyber Pakhtunkhwa (KP) province, on December 16, tells a completely different story. 141 people, mostly children, were slain in the attack. All six attackers were also killed.

The Islamist Tehreek-e-Taliban Pakistan (TTP) outfit claimed responsibility for the assault as a military operation to rescue the hostages ended after several hours. "This attack is a response to Zarb-e-Azb military offensive and the killing of Taliban fighters and the harassment of their families," TTP spokesman Muhammad Khorasani told AFP news agency. 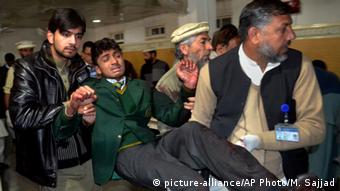 PM Sharif: 'The students who died in the attack are like my own children'

The gunmen stormed the Army Public School in the morning hours and started firing at random, according to police officer Javed Khan. Army commandos quickly arrived at the scene and exchanged fire with the gunmen, he added.

"They (the assailants) include target killers and suicide attackers. They have been ordered to shoot the older students but not the children," said Khorasani.

The siege is over

DW correspondent in Islamabad, Shakoor Rahim, says the gunmen held pupils and school staff inside the principal's office for many hours after the attack. "The security forces and extremists traded gunfire until the army finally managed to end the siege," Rahim said, adding that Prime Minister Nawaz Sharif immediately went to Peshawar to oversee the rescue operation.

Rahim quoted an eyewitness as saying that the gunmen were clad in white dresses and were speaking Arabic. Omar Hamid, head of Asia Pacific Country Risk at the global analytics firm IHS in London, told DW that the school represented a soft target that directly impacted the Pakistani army. "As the TTP spokesperson has said, he wanted the military to feel their pain," Hamid said.

Maqsood Ahmad Jan, an analysts based in Charsadda near Peshawar, says that despite the ongoing military operation in the North Waziristan - close to the Afghan border - the Taliban still have the capacity to launch large attacks. "I don't think that any military offensive can fully eliminate the Islamists. They just change positions," Jan told DW. 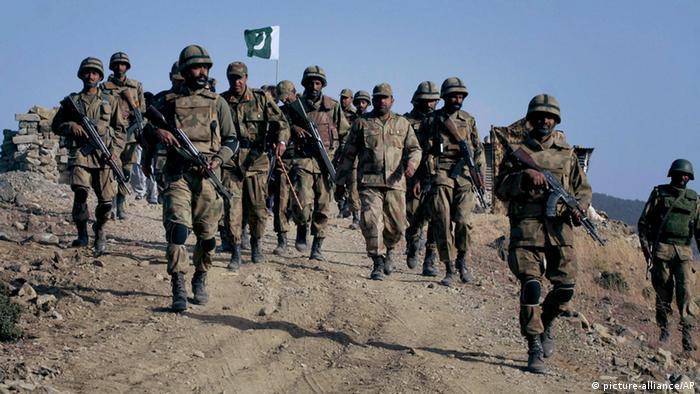 There had been a relative lull in terrorist attacks in Pakistan since June when the South Asian country's army began an offensive against militants in its restive Waziristan area. Since then, the government has been claiming that operation "Zarb-e-Azb" has crippled the Pakistani Taliban and the numerous al Qaeda affiliated groups. It also says that the capacity of these banned outfits to launch attacks - which have lost 1,100 militants over the past six months - has also been significantly reduced.

"The TTP has been weakened, but retains the ability to carry out attacks like this. it would probably be harder for them to launch attacks further away from their area of operations, say in the eastern Punjab province, but Peshawar is very accessible from the tribal areas and would be an obvious target, as the army formation running the operation is based there," Hamid pointed out.

Islamabad-based journalist for Dawn newspaper, Irfan Haider, says that the North Waziristan military offensive has not been effective due to a lack of coordination between the civil and military intelligence agencies.

"The militant organizations are operating with different names, making it difficult for the federal and provincial governments to deal with them," Haider told DW.

However, Pakistani analyst Abdul Agha is of the view that his country's powerful army is responsible for the continuing strength of the TTP. "They are nurturing and supporting a number of militant groups. The result is that they are still very active," he told DW.

Commenting on the army operation, Agha said that "the government is going after the [militant groups] that have turned against the state, or who don't agree with its long-term plans vis-à-vis Afghanistan. Pakistan wants to eliminate some and will preserve some for the future."

Jan criticized the KP government, headed by cricketer-turned-politician Imran Khan's conservative Pakistan Tehreek-e-Insaf (PTI) party, for its pro-Islamist stance. "Khan has a soft spot for the Taliban. His party's provincial government has failed to protect the common people from the extremists. The school siege is proof," Jan commented.

Since August, the PTI has been holding country-wide demonstrations to topple PM Sharif's central government, which Khan and his party officials claim came into power in May 2013 through rigged parliamentary elections. Experts say that since the embattled premier is busy fighting a political war in the capital Islamabad, he is not in a position to focus on the terrorism issues.

"It is no secret that the PTI is a sympathizer of the Taliban insurgency as the party has repeatedly denounced military action against the extremists on the pretext of opposing American interference. Since Khan started demonstrations against Sharif's government, his party has remained largely silent on Zarb-e-Azb," Islamabad-based political commentator, Khayyam Mushir, told DW, adding that the ongoing anti-government protests were a major distraction for the PM Sharif who is further conflicted on what position to take on the terror issue. 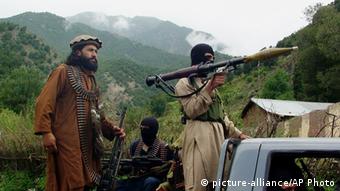 Islamist militants demand the imposition of Shariah Law in Pakistan

"In the past, the military launched several offensives against the Taliban, but we know that the militants are still operating in the country," Agha said, underlining yet another opinion analysts hold, namely that there has never been any clear-cut strategy to uproot terrorist organizations from the country because the Pakistani establishment still considers Islamist extremists an important ally.

Islamabad wants to use them in Afghanistan after the NATO drawdown in the coming days, some say, while others assert that the Pakistani military hopes to regain the influence in Kabul it once enjoyed before the US and its allies toppled the pro-Pakistan Taliban government in 2001.

IHS analyst Hamid believes the Taliban issue in Pakistan is tied up to Afghanistan. He argues it is likely that Islamabad will demand US and Afghan action to target the TPP leadership in eastern Afghanistan, as a quid pro quo to supporting or pushing the Afghan Taliban towards peace talks.