The Pakistani army has killed a senior al Qaeda leader wanted in the US over a foiled plot to bomb the New York City subway. Analyst Ali K. Chishti says al Qaeda and other terror groups are in retreat in the country. 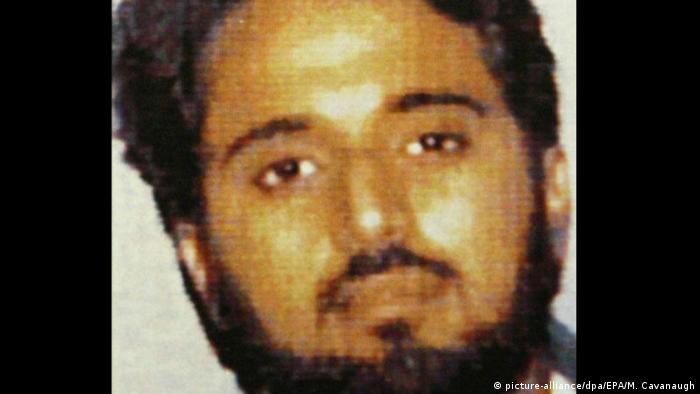 The offensive in which el Shukrijumah was killed was a part of the army's "Zarb-e-Azb" operation to wipe out the militant Islamist groups from northwestern tribal areas that border Afghanistan. Islamabad claims the offensive has killed more than 1,100 militants so far.

El Shukrijumah, a Saudi national who lived in the US for several years, was an important al Qaeda leader who controlled all external operations for the terror organization. His post had earlier been held by Khalid Sheikh Mohammed, the man who masterminded the 9/11 terror attacks. The US had placed a 5 million USD bounty on his head. El Shukrijumah is also believed to have plotted bombings in several locations in the UK. 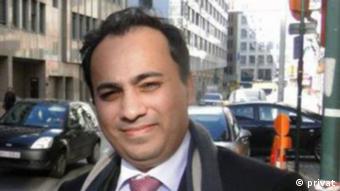 Chishti: 'Al Qaeda's operations had already been severely affected due to the United States' drone strikes'

In a DW interview, Ali K.Chishti, a Karachi-based security and defense analyst, says el Shukrijumah's death deals a psychological blow to al Qaeda, and that the "new resolve" of the Pakistani military to act against all militant groups is marginalizing the international terrorist outfit in South Asia.

DW: How big a blow is Adnan el Shukrijumah's death for al Qaeda, particularly for its South Asian branch and its operations in Afghanistan and Pakistan?

Ali K. Chishti: It is quite significant, mainly psychologically, for the group. But al Qaeda's operations had already been severely affected due to the United States' drone strikes in Pakistan's northwestern Waziristan region and along the Afghan border.

Is a sudden surge in Pakistani military's attacks on al Qaeda operatives linked to Pakistan's army chief Raheel Sharif's recent visit to the United States and the promises he made there?

The increase in Pakistan's attacks on al Qaeda commanders has nothing to do with General Sharif's visit to the US. Al Qaeda and the Tehrik-i-Taliban Pakistan (TTP) are responsible for the murder of more than 50,000 Pakistanis, and al Qaeda's chief Ayman al Zawahiri has openly called for attacks on Pakistani soldiers and army commanders.

So what you see is a continuation of Islamabad's policy towards these groups. But I would add that since Sharif took over the reins from former military chief Ashfaq Pervez Kayani, we have seen more direct action on this front. We must not forget that it was General Sharif who finally launched the long-delayed military offensive in North Waziristan this year.

Some analysts claim that el Shukrijumah's death shows Pakistan is changing its position on al Qaeda. Is it a prelude to Pakistan's 'new resolve' to fight terrorism?

Islamabad has always been against al Qaeda; its policies are dubious only in relation to the militant Haqqani network and the Gul Bahadur group in Waziristan. However, the new army chief thinks that it is high time Pakistan act against all militant organizations regardless of their affiliation with the military and the Pakistani state. I can say with full confidence that the operation in Waziristan has been a huge success and its credit goes to the new military leadership.

Last week, for the first time, the Pakistani forces targeted the Gul Bahadur group. The Haqqani network is frequently bombarded too. Obviously, there is room for suspicion considering Pakistan's previous actions against these outfits. But I would only comment on what is happening on the ground and refrain from speculation. The reality is that the Pakistani government and the army are trying to make up for some of their mistakes, and this should be welcomed.

Is Pakistan's latest offensive against al Qaeda and the Taliban commanders aimed at improving ties with the new Afghan government?

Partly, yes. But the new onslaught has largely been initiated for domestic reasons. Afghan-Pakistani ties are improving, and for the first time in many years, the two countries as well as the US are on the same page over a number of issues. Islamabad is trying to bring the Taliban leadership to negotiations with Kabul whereas the Afghan government has recently handed over the TTP leaders, including Latif Mehsud, to the Pakistani authorities.

For the US, it is an ideal situation. Pakistan has to play a key role in ensuring peace in the region. It is in everyone's interest. Al Qaeda and the Haqqanis, however, are likely to strain Pakistani-Afghan relations by launching attacks in Kabul and elsewhere in Afghanistan. 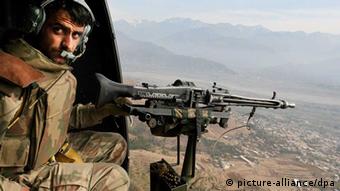 Chishti: 'The new operation has largely been initiated for domestic reasons'

If al Qaeda is weakened in the Af-Pak region, is there a possibility of 'Islamic State' (IS) taking its place?

We all know that the region is quite vulnerable. However, realistically, IS can't infiltrate in Pakistan, barring some pockets.

How do you foresee the ties between Afghanistan and Pakistan developing in 2015?

Islamabad has already established a working relationship with Kabul and I can tell you that the intelligence organizations of both countries are collaborating for the first time in years. The security situation in Afghanistan will gradually improve, and in the long run it will depend on Pakistan's ability to strike militant organizations in the border areas and NATO's willingness to keep supporting the Afghan government.

Ali K.Chishti is a Karachi-based security and defense analyst, researcher and journalist.