The Pakistani Taliban, also known as TTP, are the militant organization that claimed responsibility for a recent school massacre in Peshawar. Analyst Michael Kugelman talks to DW about their goals, tactics and structure. 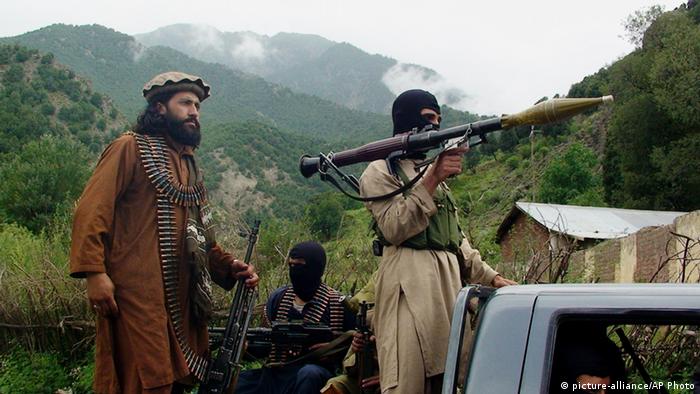 DW: Who are the Tehreek-e-Taliban Pakistan or TTP?

Michael Kugelman: The TTP is essentially an umbrella group of militant groups originally based in Pakistan's tribal areas. They are rooted in the networks of militants that Pakistan had sponsored in the 1980s and 1990s to fight in Afghanistan and Kashmir. When the Pakistani government decided to throw its support behind the US government after the 9/11 attacks, many of these militants turned against Pakistan and quite a few of them would later form the TTP.

The TTP was officially born in 2007. Many of its members - including Baitullah Mehsud, its first supreme leader - had had long associations with the Afghan Taliban and Haqqani network before joining the new TTP enterprise.

Kugelman: 'Little has been done to develop a counter narrative against the extremist Islamist ideologies on which the TTP thrives'

What are their goals?

Their goals are simple: They want to overthrow the Pakistani state and replace it with a hard-line Islamist system governed by the most rigid interpretations of Islamic law. In essence, it wants Pakistan to have a system akin to the one imposed by the Afghan Taliban on Afghanistan in the 1990s.

They are led by Mullah Fazlullah, who took over when Hakimullah Mehsud was killed in a drone strike in November 2013 - and in fact Mehsud replaced Baitullah Mehsud, who was also killed in a drone strike several years earlier. Fazlullah, because he is not a member of the Mehsud tribe that had long led the TTP, has had trouble asserting his authority over the group, and this is one reason why the TTP has experienced many divisions and splits in recent months.

Fazlullah has an interesting background - he once held a blue-collar job - he operated a chairlift in the mountainous region of Swat - before becoming the commander of the Swat-based Taliban in 2009. It was he that led the Taliban offensive in Swat that so terrified Pakistan - and the world - because he brought the Taliban within 60 miles of Islamabad. More recently, Fazlullah is also believed to have been behind the shooting of Malala Yousafzai.

How are they structured?

Opinion: The cynical logic of the Pakistani Taliban

The brutal attack on a military-run school in Peshawar killing scores of children proves that even conservative Islamic countries like Pakistan cannot escape the threat of militant Islamism, says DW's Florian Weigand. (16.12.2014)

More than 130 children have been killed in a Taliban attack on a school in the Pakistani city of Peshawar. Analysts say the school siege proves the country's counter-terrorism policies have failed. (16.12.2014)

Taliban gunmen have killed dozens of children after storming a military-run school in Pakistan. But the attack will only intensify the hunt for the militants who are now fighting for survival, says analyst Omar Hamid. (16.12.2014)

It's very difficult to know how they are structured, though they are a very decentralized organization. They have chapters in all of the tribal areas, and several other chapters dispersed throughout the country. Theoretically, they all report to Fazlullah. But this has not happened. One thing that does stand out is how all of the various TTP factions--including the various splinter groups - assert their allegiance to Mullah Omar, the supreme leader of the Afghan Taliban.

How do they finance themselves?

We can expect that they make a lot of money through criminal acts such as abductions and extortions. Like the Afghan Taliban next door, they likely also get money from the drug trade. They have also been involved in other rackets, including timber operations, which have garnered revenue. And one can also assume that they are getting funding from certain wealthy sources in the region and also in the Gulf region.

They are supported by some of the most brutal and vicious militant organizations in the world. They get help from al Qaeda, the IMU - a sadistic Uzbek militant group that helped the TTP carry out a terror attack on the Karachi airport earlier this year - and also the Afghan Taliban.

Additionally, they get help from Pakistan's sectarian militant groups, such as the Lashkar-e-Jhangvi. The TTP has actually partnered operationally with LeJ (as it has with al Qaeda, the IMU, and the Afghan Taliban).

How and where do these militants usually operate?

For a number of years, they were based in the tribal areas, and mainly the two Waziristans along with surrounding tribal regions. However, in recent years, as military offensives have proceeded apace, they have fled to Pakistan's "settled" areas. They have developed a large presence in Karachi and Peshawar.

One can assume that at any one time, there are some TTP members in all four of Pakistan's regions - including in some of its biggest cities. Until recently they kept a low profile and didn't stage attacks outside of the tribal areas, but this has changed in recent years as they have developed a stronger presence and greater capacities elsewhere in the country. Outside of the tribal areas, they are most active in Karachi and Peshawar. 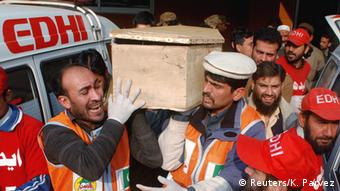 How strong is the TTP?

The TTP is a bit of a paradox. On the one hand, it has been degraded by drone strikes and Pakistani military offensives, and weakened by internal divisions and splits. And yet on the other hand, it remains capable of launching huge attacks, even as it is targeted by Pakistani military offensives. This is because the TTP is resilient and has a strong presence in areas of the country that aren't being targeted by the military. And it's also because it has very strong militant networks that allow it to count on the support of powerful friends like al Qaeda, the Afghan Taliban, and the sectarian militant groups.

What has the Pakistani state done to stop the group?

It has launched military operations for a number of years. But that's it--other than the use of force, not much has been done at all. And that is the problem. Little has been done to develop a counter narrative against the extremist Islamist ideologies on which the TTP thrives - a narrative, it should be said, that is very prominent in Pakistani society thanks to what is propagated on TV channels, by religious leaders, and even at times by the security establishment itself.

The Pakistani state has also done little to target the sources of the TTP's financing. Targeting its funding could go a long way toward weakening the group's capacities. These are tough, controversial, but necessary steps. Unless something is done in this regard, the TTP will be around for a very long time - no matter how many of its fighters and leaders are killed.