Pakistan journalists face charges for criticizing military | Asia | An in-depth look at news from across the continent | DW | 18.01.2021 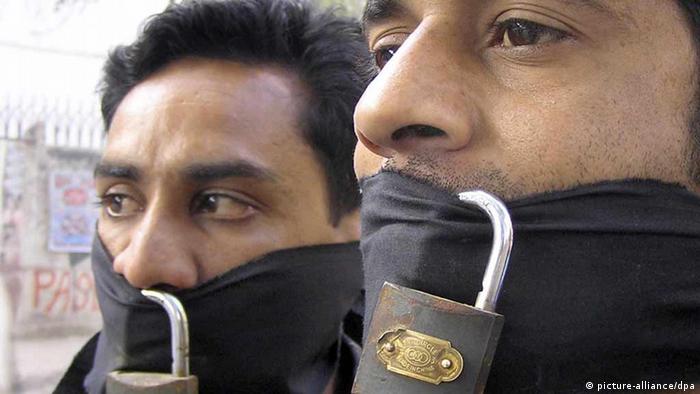 An archive photo of Pakistani journalists protesting against censorship

It was a normal day in September 2020 for Pakistani journalist Asad Ali Toor, who started his morning with a fresh newspaper and a cup of tea. But when Toor turned to page three, he was shocked to see a so-called First Information Report (FIR) had been registered against him.

Toor was being charged with spreading "negative propaganda" against the Pakistani state and its institutions through social media under the Pakistan Electronic Crimes Act 2016 (PECA).

Since it was passed in 2016, PECA has been heavily criticized by civil society in Pakistan as a draconian tool used to muzzle free speech. The act criminalizes speech considered "blasphemous," along with speech that criticizes state institutions, which are colloquially referred in Pakistan as "the establishment."

Authorities are attempting to extend PECA's reach with a new section inserted into Pakistan's penal code stipulating up to two years in prison and a fine of over €2,500 ($3,018) for anyone that "intentionally ridicules, brings into disrepute or defames the Armed Forces of Pakistan" or its members.

Toor has been working in Pakistani digital media since 2005, and says he has witnessed the erosion of journalistic freedom and a simultaneous strengthening of censorship with each successive government.

"Traditional media has had to bow down to governments and censorship. Social media is not as censored, so they are now introducing these laws to scare people into silence," Toor told DW.

A week before the FIR was registered against him, Toor was let go from his longtime job at Samaa TV, a major Pakistani broadcaster. The journalist says he had not backed away from his reporting on the government and military.

Toor said the most frustrating part of the three-month judicial process was that he was never told which of his tweets were deemed illegal, or who had filed the FIR.

"I was not told even during the hearings at the High Court in Lahore. It is very frustrating when you are standing trial for a crime you don't understand you committed," Toor added.

In addition to Toor, two other journalists were charged with "spreading hatred" against the state and its institutions in the same week. Free speech activists say the charges are intended as a warning that the state is willing to enforce PECA. 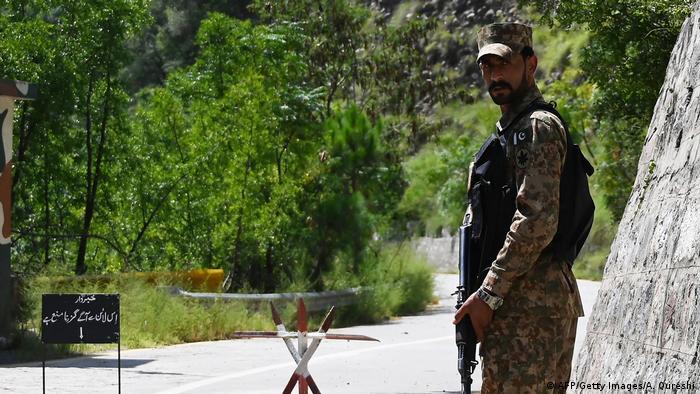 Criticizing Pakistan's military has become riskier over the past couple of years, say journalists

In November 2020, Toor was cleared of charges by the Lahore High Court. He wrote on Twitter that the Lahore High Court judge ruled there was not enough evidence, and he gave credit for the dismissal to the overwhelming support he received from lawyers and free speech activists.

Toor's case was taken up by the non-profit Media Matters for Democracy and the Pakistani Bar Council's "Journalists Defence Committee," which provides free legal assistance and services to journalists.

Imaan Zainab Mazari-Hazir, a committee member who worked extensively on the case, told DW that the journalists were targeted because the Pakistani state wishes to avoid the accountability and criticism brought on by free and independent media.

Mazari-Hazir said she worries the PECA's amendment into the penal code will weaponize the act against journalists.

"It will impact freedom of expression and journalism by curtailing this right, and intimidating and punishing those who exercise it," she said.

"We are already not able to discuss many issues that relate to the military and intelligence agencies, including enforced disappearances," she added.

Since PECA was passed, many activists and journalists have been subject to arrests and sedition charges.

However, there has also been a countermovement seen in digital activism that safeguards people's right to freedom of expression. This pushback has allowed for journalists like Toor to challenge claims made against them under the PECA.

Their most reliable estimates show that from 2006 to 2020, there have been 84 incidences of content blocking and takedown requests.

It is also estimated that the Pakistani government has allocated an estimated budget of $10 million towards internet filtering tools and blocking systems to control data.

According to Bolo Bhi, there have been a total of 36 "government announcements to crackdown and regulate social media" between 2016 and 2020.

Between 2017 and 2019, the organization has recorded at least 51 incidents during which

legal action was taken against individuals based on their social media posts.

"The Federal Investigation Agency is not transparent and many accusations seem baseless and frivolous. When freedom of speech is criminalized, we cannot have a free, critically thinking society or government," Toor said.

A movement of millennials in Pakistan is dubbed the Pashtun Spring

The Pashtun Tahafuz Movement (PTM) began as a civic grassroots initiative in Pakistan. Its use of digital media to speak truth to power has made the group one of the most powerful human rights voices in the country.