How Pakistan is trying to boost industrial hemp production | Asia| An in-depth look at news from across the continent | DW | 31.12.2020

How Pakistan is trying to boost industrial hemp production

Pakistan's government is optimistic that hemp production could help farmers tap into the lucrative global cannabis market and earn some foreign exchange. 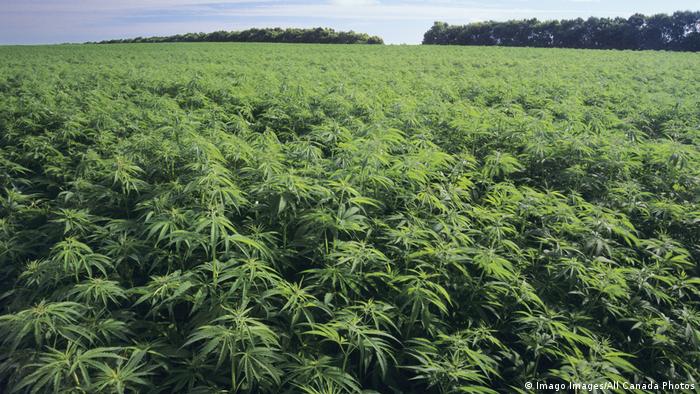 Pakistan's government announced in September that it would allow the industrial production of hemp, a type of cannabis plant containing cannabidiol (CBD) that advocates say has numerous medicinal and relaxing properties. Hemp, however, does not contain significant quantities of high-inducing tetrahydrocannabinol (THC).

Prime Minister Imran Khan's government has struggled to boost the country's foreign exchange coffers, which have been drained by a struggling economy, fiscal deficits and inflation.

Fawad Chaudhry, the science and technology minister, said Pakistan could rake in about $1 billion (€820 million) in revenue over the next three years by capturing a share in the booming CBD market. Chaudhry said the industrial hemp market was worth about $25 billion globally and several countries were relaxing laws targeting cannabis-based products such as CBD oils.

The government's decision came after a UN commission voted to remove the cannabis made for medicinal purposes from a category of the world's most dangerous drugs. Experts view this change as a "watershed moment" for greater medical research and legalization globally.

CBD: Is cannabidiol a miracle cure or fad?

CBD: Is cannabidiol a miracle cure or fad?

Hemp production could open up new opportunities for farmers in Pakistan at a time when they're struggling with the slowdown in the cotton industry. Cotton accounts for 8% of the South Asian nation's GDP and 64% of exports, but production dropped by a staggering 20% in 2019, slashing growers' incomes.

Hemp grows almost as a weed in parts of Pakistan — including in great abundance in the capital, where huge bushes can be seen sprouting at traffic roundabouts.

"Hemp is highly resistant to bad weather. There are no pesticides needed in its production, which makes it eco-friendly and safe. It can also be grown in abundance on little land and requires less water than cotton," Helga Ahmed, a German environmentalist who has been living in Pakistan for the past 60 years, told DW.

Ahmed has been actively lobbying for the legalization of hemp production in the country and noted that the applications of hemp go beyond consumer products like textiles and CBD oils. She shared that greener hemp production practices can be leveraged to tackle climate change and promote sustainable social housing.

In conservative Pakistan, where the consumption of alcohol is strictly forbidden for Muslims, many people are surprisingly open to using cannabis, with the spongy, black hash made from marijuana grown in the country's tribal belt and neighboring Afghanistan the preferred variant of the drug.

Across the subcontinent people have been cultivating cannabis and smoking hash for centuries. The plant predates the arrival of Islam in the region, with reference to cannabis appearing in the sacred Hindu Atharva Veda text describing its medicinal and ritual uses. 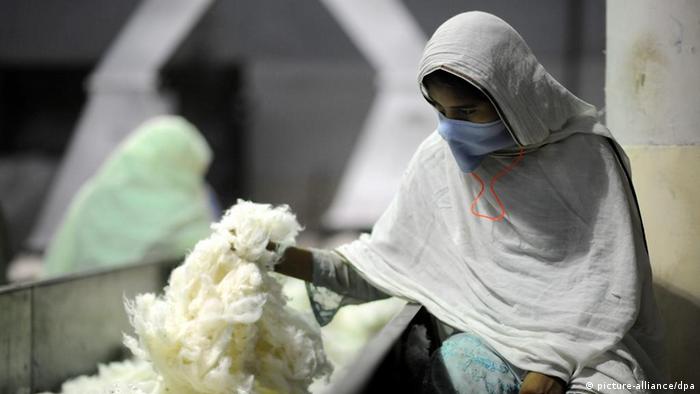 Cotton accounts for 8% of Pakistan's GDP and 64% of exports, but production dropped by a staggering 20% in 2019, slashing growers' incomes

Despite its potential socioeconomic benefits, Pakistan faces bottlenecks in ramping up hemp's production. Environmentalists who have been lobbying for hemp's legalization are worried about the vertical integration model the government may adopt.

"Hemp is an inherently carbon negative plant, but if the government goes solely with vertical integration, it will become carbon positive," Mo Khan, Green Gate Global, UK, told DW. "Technology needs to be brought in but also the indigenous knowledge base of farmers that have been tending hemp over the past 2,000 years," he said.

Khan, who has been working with grassroots farmers, said allocating at least 25% of the hemp production to small-scale farmers was the only way to ensure its sustainable production. He also noted that there are significant logistical challenges involved even if the climate and landscape are ripe for hemp, pointing to the lack of adequate infrastructure and onerous licensing and certification requirements in the country.

Junaid Zaman, the CEO of Shamanic Biohacker, launched a successful CBD e-commerce venture in 2020. His operation does not have a local supply chain, and the CBD extract used is sourced internationally through reputable biotech lab partners that adhere to the US Food and Drug Administration regulations.

The carrier oil used in the finished product, however, is sourced and made locally. Zaman plans on moving this supply chain in-house once the locally grown crop is available in March next year in Pakistan.

But such startups worry that major contracts will be allotted to existing big players. "As per my understanding, the approved license to grow industrial hemp as a crop in three districts has gone to existing and established players from the tobacco industry," Zaman told DW. "The multinational organizations concerned will this year apparently grow the crop instead of tobacco in those districts with the approval."

Observers, however, remain optimistic and believe that Pakistan has the potential to emerge as an industry leader in this sector if the government avoids repeating the mistakes of other countries and actively engages local and foreign experts to ensure sustainability.