The former human rights minister of Pakistan was arrested, prompting protests from her supporters before she was later released. She was a close aide of ousted Prime Minister Imran Khan. 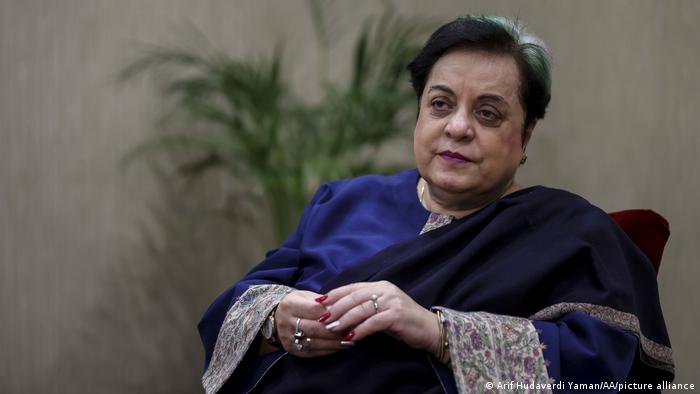 Former Human Rights Minister of Pakistan Shireen Mazari was arrested on Saturday, according to her daughter and a fellow former minister.

"My mother was illegally abducted," said told reporters. "If they the government think that the women are soft targets, they are mistaken," she said.

Later on Saturday night, Shireen Mazari was released from police custody and the Islamabad High Court instructed the government to conduct an inquiry into her arrest.

Mazari was a cabinet-level minister in the administration of ousted Prime Minister Imran Khan.

Local broadcasters aired footage of female police officers detaining Mazari. Pakistani police confirmed she had been arrested, but said: "news of any mishandling is baseless."

Chaudhry claimed that her arrest was politically motivated and that she was targeted by the new administration of Prime Minister Shahbaz Sharif.

She was reportedly arrested over a land dispute dating back to the 1970s.

The Human Rights Commission of Pakistan condemned the arrest and alleged manhandling, saying it "smacks of political victimization, which has regrettably become an entrenched practice and is deplorable no matter which party is the perpetrator."

Senator Mustafa Nawaz Khokhar, whose party aligns with Sharif, said the arrest was the "worst form of political oppression." 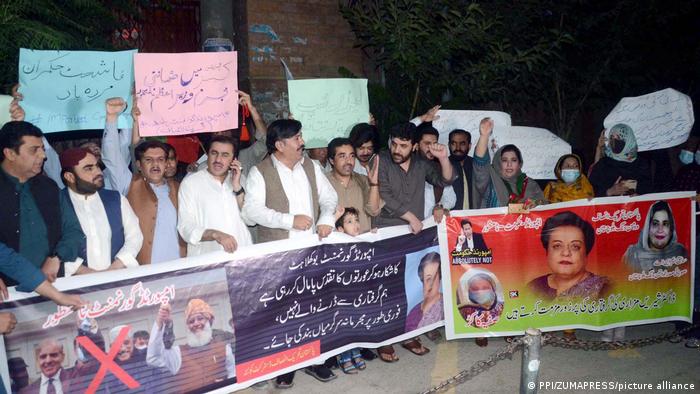 Mazari has been critical of Sharif's new government ever since a no-confidence vote in parliament led to the toppling of Khan's government last month.  She is also a fierce critic of Pakistan's powerful military.

Khan said he would protest the arrest, and that he would announce a march against the new government.

In a 2019 interview, Mazari told DW that Pakistan had a long way to go before improving the lives of many citizens.

Shahbaz Sharif was turned back despite a court ruling on Friday that the ailing opposition leader could go abroad for medical treatment.

Ousted Prime Minister Imran Khan is not the only Pakistani politician who has tapped into public resentment against the US. Blasting Washington is an evergreen strategy for Pakistan's leaders.

What can be expected from Shahbaz Sharif? DW's Shamil Shams