Authorities are investigating whether a doctor in the Pakistani district of Larkana deliberately spread HIV. More than 500 people, including 410 children, have been diagnosed with the virus in the past few weeks. 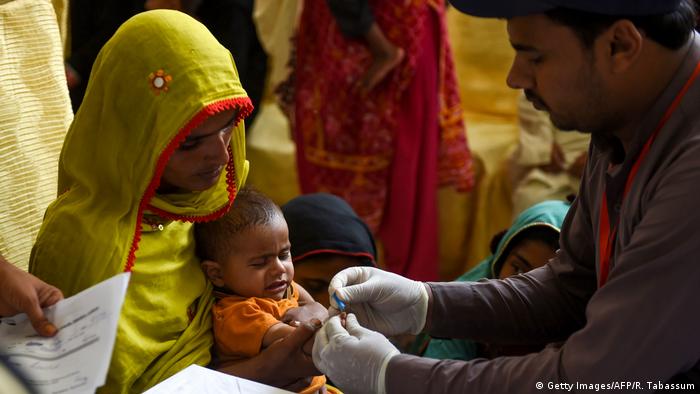 Sikandar Memon, head of the AIDS Control Program in Pakistan's southern Sindh province, said earlier this week that 410 children and 100 adults had tested positive for HIV in Larkana.

Pakistan's Health Ministry has registered 23,000 HIV cases across the country. Officials said the use of unsterilized syringes causes most HIV infections in the country.

The HIV cases in Larkana, a home district of former Prime Minister Benazir Bhutto, started emerging in early April. Local physician Muzaffar Ghangharo, who has AIDS, was arrested on suspicion of intentionally infecting his patients.

HIV's spread in Larkana was "due to a quack" reusing syringes with "no care in regards to infection control measures," the National AIDS Control Programme Pakistan (NACP) claimed.

The HIV epidemic in Pakistan highlights the poor state of health care in the South Asian country, particularly the Sindh province, which has been governed mostly by the Pakistan People's Party (PPP) of slain PM Benazir Bhutto since 1971.

The provincial government has come under sharp criticism from civil society for its inability to improve health conditions for the rural population and not acting swiftly to tackle the spread of HIV in Larkana.

The NACP said its team of health officials is working closely with experts from UN agencies following the outbreak.

The organization said it has been directed by the government to support patients by providing all possible treatment facilities along with prevention and control measures.

Read more: WHO: 'China is witnessing an evolving HIV epidemic'