Oxfam: Richest one percent banked 82 percent of wealth created in 2017

Oxfam's latest report on wealth inequality describes how a wealthy elite accumulates vast fortunes while the poorest go without. But the charity has been criticized as offering a too simplistic view of the imbalances. 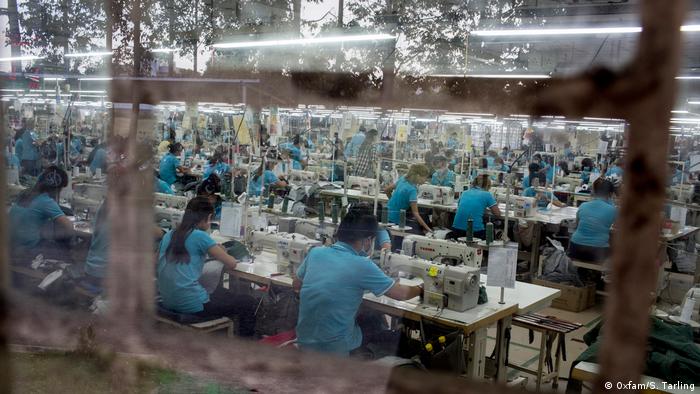 Oxfam on Monday detailed how the richest one percent grew its wealth by $762 billion (€620 billion) in 2017, which it says was enough to end poverty seven times over.

In its annual report on wealth inequality, the UK-based poverty and disaster relief charity said a booming global economy had allowed a small elite group of rich families to grab 82 percent of the new wealth created last year, while the poorest 50 percent saw no increase in their prosperity.

The "Reward Work, Not Wealth" report revealed that 2017 saw the biggest increase in the number of billionaires in history, at 2,043, and challenged the narrative that billionaires are created through talent, hard work and innovation, something that is claimed benefits humanity as a whole.

The profits of privilege

Instead, Oxfam said there is growing evidence that the richest often grow much of their wealth by way of inheritance, monopoly or crony connections to government.

"The billionaire boom is not a sign of a thriving economy but a symptom of a failing economic system," said Winnie Byanyima, Executive Director of Oxfam International.

"The people who make our clothes, assemble our phones and grow our food are being exploited to ensure a steady supply of cheap goods, and swell the profits of corporations and billionaire investors.”

The charity called on governments to commit to reorganizing the economic system to work for humanity as a whole rather than a tiny elite, describing how 42 people now own the same wealth as the bottom 3.7 billion people.

The report also cited the increased rewards for shareholders and corporate executives at the expense of workers and criticized how the wealthy are able to exercise excessive influence over government policy-making.

It estimated that $2.4 trillion will be inherited by the heirs of billionaires over the next 20 years, an amount larger than the GDP of India, a country of 1.3 billion people.

At the other end of the scale, billions of people are forced to work long hours, often in dangerous conditions and without rights, but are still unable to afford their basic needs, including food and medicine, the report said.

Globally, women are usually in the lowest paid and least secure forms of work, and consistently earn less than men.

As in previous years, Oxfam's study was rounded upon as offering too simplistic an analysis of wealth inequality, focusing on net wealth rather than gross wealth, which excludes debt. 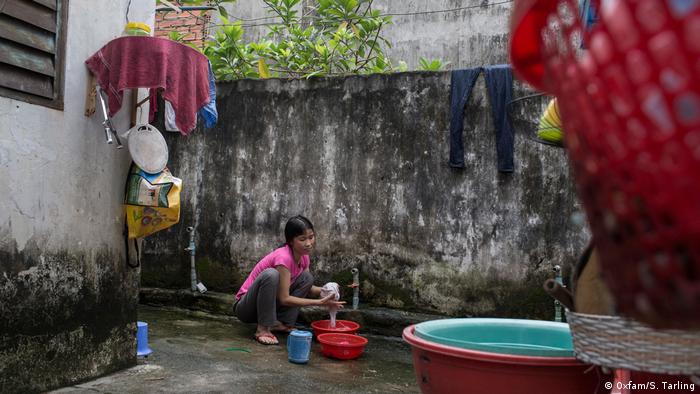 Critics said while the charity's claims make for attention-grabbing headlines, they ignored how global poverty levels have fallen from 75 percent in 1929 to 10 percent in 2015.

"Oxfam's mistake is to see wealth as a fixed pie," said Sam Dumitriu, Head of Research at the London-based neoliberal think tank, the Adam Smith Institute.

"More wealth for Zuckerberg and Bezos does not mean less wealth for you or me. In fact it's the opposite; in a free market individuals can only amass wealth by fulfilling the wants and needs of others. Work and trade does pay out for everyone involved."

Dumitrui said it was more important to reduce poverty than inequality, and singled out Venezuela as rejecting free markets in recent years under Hugo Chavez and Nicolas Maduro, a move which has forced more than 80 percent of the population into poverty, despite the South American nation having the world's largest proven oil reserves.

But economist Gabriel Zucman, who sits on the executive committee of the World Inequality Report, a separate study published last month by the Paris School of Economics, insisted that the future of poverty depends on what happens to "within-country inequality."

"If all countries follow the inequality trajectory that the US has followed since 1980, then we will have a hard time further alleviating global poverty. To reduce poverty, growth needs to be equitably distributed," Zucman told DW.

The World Inequality Report revealed that the bottom 50 percent of US income earners have seen zero wealth growth over the past 37 years, the bottom 90 percent have seen very limited growth, while the earnings of the top 1 percent has tripled to $1.3 million per annum.

Oxfam's latest report was released to coincide with the annual meeting of the business and political elite at the World Economic Forum, which begins on Tuesday in Davos, Switzerland.

The charity recommended that governments set specific and measurable targets to reduce wealth inequality, and called for world leaders to commit to ending extreme wealth, by imposing higher taxes on millionaires and billionaires and limiting executive pay and bonuses.

As well as clamping down on tax havens, the charity called for new legislation that forces companies to adopt fairer business models, where they ensure even their outside suppliers pay workers acceptable living wages.

Some 70,000 people in 10 countries were interviewed for Oxfam's report, three-quarters of whom agreed strongly that the gap between the richest and poorest was too wide. Nearly two-thirds think the issue should be addressed urgently.

Although global wealth has grown substantially in the past decade, the so-called millennial generation is finding it harder to excel financially than previous generations due to greater inequality and joblessness. (14.11.2017)