In the mountains of Armenia, a previously bucolic spa town is home to a goldmine locals say threatens the country's biggest source of freshwater, and with it, an entire ecosystem. 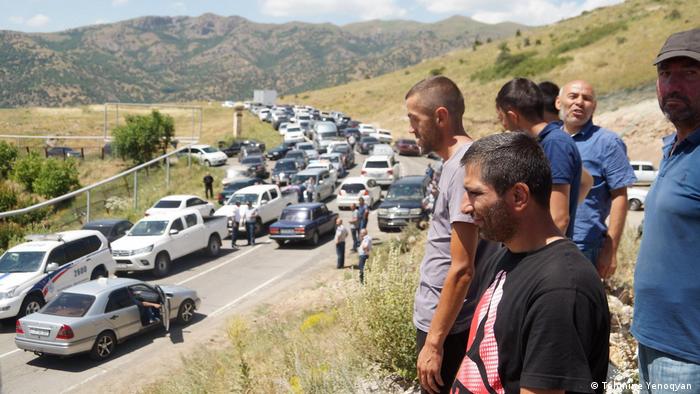 Jermuk in southwest Armenia has long been renowned for its hot springs, soothing mineral water treatments and impressive waterfalls. But since mining company Lydian International moved in on a gold deposit upstream from the spa town on Mount Amulsar, it has become famous for something else.

Since June 2018, protestors have gathered from across Armenia to oppose a mine they say is fouling their land and water. Manned day and night, their blockade has succeeded in completely halting construction.

On one side, a popular protest movement sees the mine as a symbol of the corrupt regime it has just overthrown; on the other is a company — registered in the UK tax haven of Jersey — responsible for Armenia's biggest foreign investment.

Before construction of the Amulsar mine even began, Lydian relied on the notoriously corrupt government at the time to clear farmland. Locals say they were given a choice between selling the pastures they relied on for a living, and having them expropriated.

"Villagers don't know where to send their cows, or their sheep, so they have to stop agriculture," Jermuk resident Aharon Arsenyan, who has been resisting the company since 2012, told DW.

Once the diggers arrived in 2017, locals say things got worse. Whenever the wind picked up, "there was dust," Arsenyan says. "Every time. We have never seen — never! — such amounts of dust." 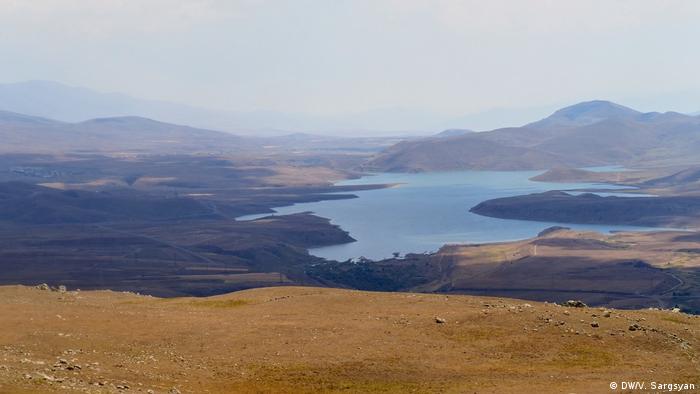 The landscape around Mount Amulsar in southwest Armenia, which locals say is at risk from a polluting goldmine

As construction progressed, residents of Jermuk and the nearby village of Gndevaz say dark, muddy water ran from their faucets. A local fish farm, meanwhile, reported the unusual death of hundreds of their fish.

Others say the farmland they hadn't been forced to give up wasn't productive anymore, as cattle refused to eat the dust-covered grass or drink contaminated water.

Read more: All that glitters is not gold: Indigenous communities in Peru protest mining

The biggest controversy, though, is over what might happen if the mine actually starts operating, and whether Armenia's biggest source of freshwater will be safe.

Arsenyan calls his hometown "the capital of water." Jermuk — and the mine — sit on the source of the Arpa and Vorotan rivers, which in turn feed Lake Sevan. The lake supplies much of the Armenian population with drinking water, and many with fish. 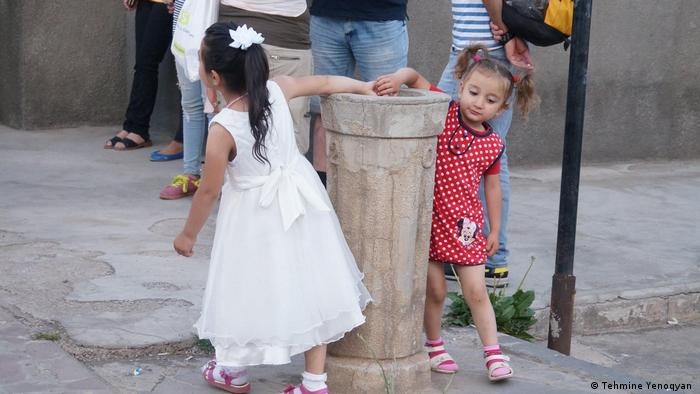 The entire country of Armenia is peppered with small fountains called pulpulaks. People rely on them for fresh, clean drinking water, and they’re especially beloved during Vardavar, the country’s water festival

"The entire ecosystem of the country depends on it," Arpine Galfayan, a Yerevan resident and member of activist group Armenian Environmental Front (AEF), told DW.

According to Lydian's first environmental impact assessment, published in 2016, waste water discharge would be minimal and treated to comply with water quality standards. Other disruption — noise, dust, pollution — would also be kept to manageable levels. The company said it would offset any remaining environmental damage by helping fund a new national park.

But when it approached Armenian-American geochemical engineer Harout Bronozian as a potential investor in the project, he had doubts — and commissioned his own environmental assessment.

Bronozian's consultants said Lydian had hugely underestimated the environmental impact of the project, which would almost certainly contaminate Lake Sevan and other water sources — with chemicals including arsenic and cyanide — for centuries to come, risking both aquatic life and human health.

A study by environmental NGO the Balkani Wildlife Society, meanwhile, found that the project could potentially infringe on the habitat of endangered species such as the vanishingly rare Caucasian leopard. It called Lydian's promised park "a very negative example of biodiversity offsetting," and said the mine failed to comply with Armenian and European environmental regulations. 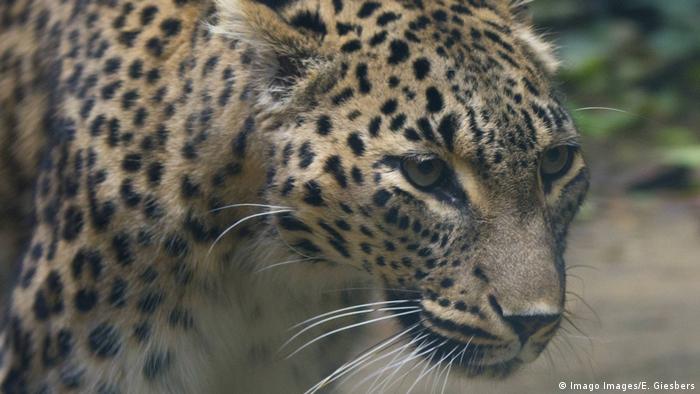 'Water is our gold'

Galfayan says although locals were concerned as soon as the company appeared more than a decade ago, few dared speak out. According to the AEF, members of government were among Lydian's shareholders, and since state forces shot at a crowd protesting over disputed elections in 2008, there had been an atmosphere of fear and oppression.

In April 2018, all that changed. Armenians took to the streets after then president Serzh Sargsyan tried to install himself for another term. Promising to bring an end to corruption, opposition leader Nikol Pashinyan won the country's first democratic elections and took prime ministerial office in May 2018.

Energized by this victory for public protest, residents of Jermuk and the surrounding villages began their blockade of the mine. Around the country "our water is our gold" became the slogan for the new frontline in the popular war on corruption. Each time Lydian tried a new legal mechanism to pressure government into breaking the blockade, a steady stream of vehicles arrived with reinforcements from around the country.

Pashinyan's government, however, failed to either revoke the license his predecessors issued Lydian, or to effectively clear the blockades, saying a fresh audit was needed to decide whether the mine should be allowed to operate. 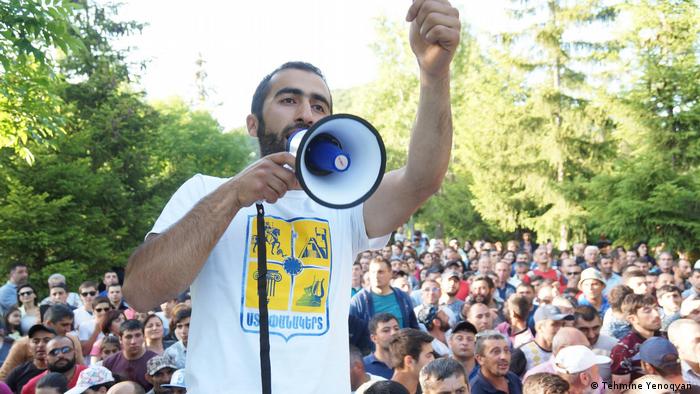 All this has hit Lydian where it hurts. In 2018, it reported "blockade expenses" of over $42 million (€37 million), and total losses of over $136 million, warning "there is a risk that the company will be in default under its agreements" to shareholders.

In March, Lydian submitted notice to the Armenian government that it planned to sue the government through corporate courts if the situation was not resolved. Rumours circulated in local media that the company could try to claim losses of $2 billion, or almost two thirds of Armenia's state budget.

On September 7, the prime minister convened a meeting with both activists and Lydian's interim, CEO Edward Sellers, who said the company would allow independent monitoring of the site. Two days later Pashinyan took to social media to ask protestors to clear the blockade.

Galfayan said protestors would not only continue the blockade but were also planning a wider campaign of civil disobedience, including marches on the capital. "This is a matter of life and justice for us," she said. "We are definitely fighting back."

"Corporate courts are a perfect tool for transnational corporations to bully governments," Blaylock said, adding that, "the payouts can be huge, the arbitrators take a very narrow perspective, and altogether it is a massive pressure on governments to back down."

Lydian did not respond to DW's request for comment on criticisms of its operations, or whether it was going ahead with corporate court proceedings.

Though a future in which all cars are electric is still decades away, carmakers such as VW, BMW and Daimler are busy showcasing their green models. The question is how ethically clean are they? (14.11.2017)