All that glitters is not gold: Indigenous communities in Peru protest mining | Global Ideas | DW | 14.06.2016

High up in the Andes of Peru, a battle is raging between foreign mining businesses eying gold, and indigenous communities who want to protect their clean water and way of life. 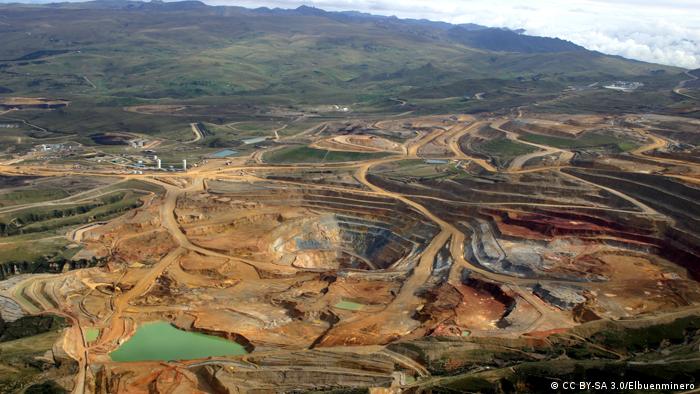 The Andean highlands of Peru have long drawn those in search of fortune. Centuries ago, Spanish conquistadors arrived to plunder the rough, jagged landscape of its gold and silver, effectively ending the Incan Empire. Today, multinational mining companies cut into the earth to extract its abundant resources.
For the past 20 years, Yanacocha - the world's second-largest gold mine - has been operating in the dizzying heights of the mountain region. Heavy machinery cuts deep ridges into the ground, leaving unmistakable scars behind. Trucks laden with ore snake down roads from the mine.

The operators, U.S.-based Newmont Mining Corporation and Peruvian company Minas Buenaventura, say it has boosted the economy of what is Peru's poorest province. But some locals in its region of Cajamarca disagree.

They say they haven't gotten a fair share of the area's spoils, and that the sprawling open-pit mine pollutes their rivers and irrigation canals through nitrates used in explosives, chemicals used for processing the ore and fuel residues. Even worse, some say they have been repeatedly threatened and when they demonstrate to draw attention to their cause, they face police brutality.

"I've been beaten twice just for a peaceful protest against one project that would drain our lake," says Eduardo Ramirez (not his real name*), a local activist who says runoff from the mine has already contaminated the waters he uses for farming. "We don't know who to trust, since Yanacocha has contracts with the police." 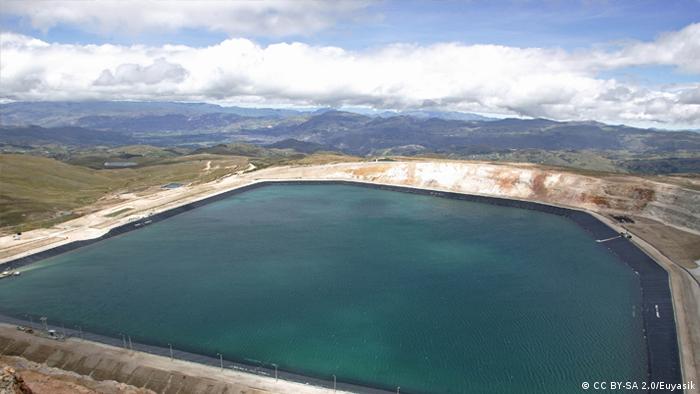 The mining company has built a water reservoir to supply drinking water year-round. However, it also drains natural lakes in the area.

In the area around Cajamarca, water is a particularly critical resource. That's because mining is a thirsty business that consumes massive amounts of that liquid of life, stripping soil and vegetation that help to replenish underground aquifers.
The population in the region is growing and in its capital city of the same name, water supply is already insufficient to meet need, says Robert Moran, a Colorado-based hydrogeology consultant who did an independent analysis of water in the region in 2012.

At the time of his visit, municipal water was available only a few times a day in many sections of Cajamarca. The other issue, he says, is the danger of contamination from chemicals released by mining and mineral processing.

"Roughly 70 percent of the city's water is supplied by the El Milagro facilities, which take water from the Rio Grande below the Yanacocha operation," wrote Moran.
That water is at risk of contamination from mining operations - some insist that mining activities have already polluted it. Moran says "the city has inadequate resources (analytical, financial, etc.) to strongly support these allegations."

Newmont: 'We are trying to help'

For its part, Newmont says it does what it can to mitigate the environmental impact of the Yanacocha mine. It says it invested more than $1 billion in environmental and social responsibility projects in the region between 1993 and 2012, such as health care, community infrastructure and facilities, agricultural support, and education. The local community also has better access to water, thanks to the company's efforts, says spokesman Omar Jabara.

A recently constructed water reservoir provides year-round water to a handful of smaller communities near the city of Cajamarca, even during the six-month dry season.

The region received more than 418 million soles (111.2 million euros) in mining royalties from 1996 to 2011, according to a 2014 report, co-authored by the Columbia University Law School Human Rights Clinic and local nonprofits - much of which goes to the local and regional government.

But that same report also notes that over half of Cajamarca residents still live in poverty. "Mining has not lifted the region out of poverty, and instead has produced social and environmental conflict for our communities," the report says. 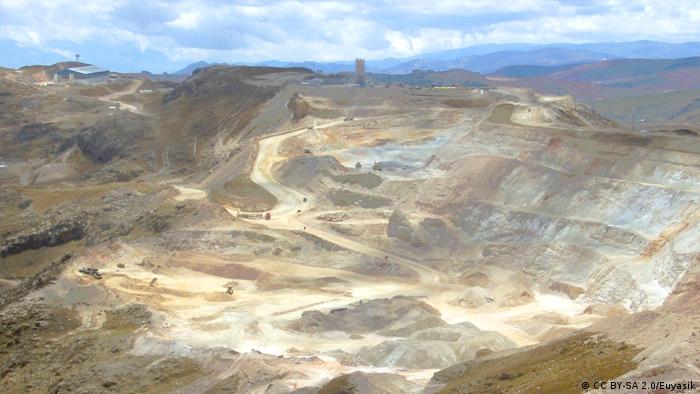 That conflict often plays out in the form of protests against the operations, particularly around lakes facing drainage for mining purposes. One such protest is being led by subsistence farmer Máxima Acuña, who has been resisting alleged attempts to force her off her land for years. Acuña and her family say they have withstood violent eviction attempts, including beatings that left her and one of her daughter's unconscious. The mining company denies any involvement.

Yanacocha claims it bought the land in 1997 from the local community, and that Acuña, who won the prestigious Goldman Environmental Prize in 2016, is illegally occupying it. A court case contesting her ownership is still pending. The joint venture that owns the Yanacocha mine wanted to set up a new project, the Conga gold mine, in the region but the project has been on hold since 2011, according to Newmont.

It's a dangerous time for environmental activists in the region. In 2012, four deaths in the nearby town of Celendin were linked to protests against the Conga project, says Maryum Jordan, a lawyer with the NGO Earthrights International in the Peruvian capital of Lima.

One farmer, Elmer Campos, is still seeking compensation for medical costs for when he was shot in the back while protesting expansion of the Yanacocha mine in 2011, according to Jordan.

But a law passed in 2014 freeing police from criminal responsibility if they kill or injure someone in the line of duty means protesters in the future would have no legal avenue to challenge police brutality. 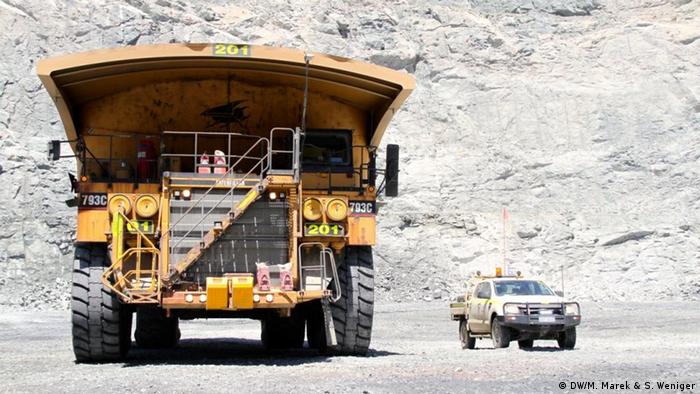 Some heavy duty machinery at a goldmine

Jordan added that she's also heard reports about activists facing criminal charges when they hadn't done anything, as retaliation for their activism. Some of them face up to 65 charges each, including things like kidnapping and public obstruction of roads, she says.

Still, as protests continue, the mining company is yielding to some of the demands from Cajamarca residents. It recently announced it would not forge ahead with the Conga project "for the foreseeable future." It's one small victory for communities there.

"When you stand up to mining interests, it feels like David battling Goliath," says Ramirez. "But Máxima [Acuña] shows us that the fight is not hopeless."

*Out of fear for reprisal, the interviewee requested his real name not be used