Twenty-five years after the Berlin wall came down, 'Ostalgia,' the longing for East German products like Spreewald gherkins and Halloren chocolate balls, is alive and well. And it's not just about childhood memories. 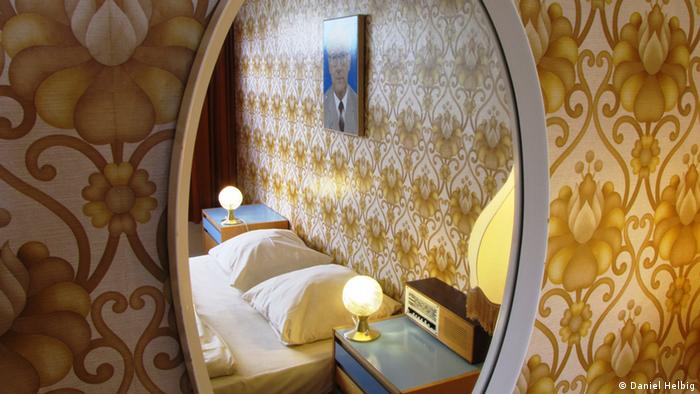 Spending a night in Berlin, GDR-style - the "Ostel" hotel in the capital's Friedrichshain district is the only place left for that if you fancy that kind of accommodation. It took founder Daniel Helbig a while to collect enough furniture and original wallpaper to recreate the East German look in the hotel's 60 rooms. But it's paid off, business is going well.

"Our guests just want to know how it used to be, they want that experience," Helbig says, adding that many people are looking for a slower lifestyle, without a TV, telephone and other luxuries.

However, only 10 to 15 percent of the former East Germany's 16 million people would want the old communist regime back, according to several German opinion polls. The vast majority are happy to live in a freer and wealthier unified Germany. But still - there is something odd going on here.

Silke Rüdiger, for example, is making a pretty penny selling products from the former East, which are still being made by a few select manufacturers. She offers clothes, music, films, food, even original banknotes and medals. One 100-Ostmark note now costs 25 euros ($32). 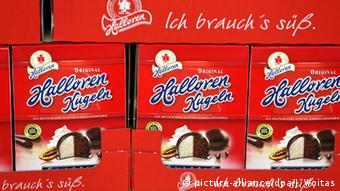 'Halloren-Kugeln' are still being sold today

A genuine medal of the kind that was only awarded by the government of East Germany very rarely for outstanding services, is almost a steal at 350 euros, complete with original packaging. This "Hero of Labor" medal is just a mouse click away.

"Our bestsellers are the food items from the former GDR," Rüdiger says. "Rotkäppchen" ("Little Red Riding Hood") sparkling wine from Freyburg, mustard from Bautzen, pickles from the Spreewald, "ImNu" ("ready in a flash") malted coffee, ClubCola. There are even mullet wigs on offer - a popular hairstyle back in the day, although admittedly not just in the GDR.

So, what is behind this nostalgia for GDR products?

"People like to be reminded of the past and its everyday items. They didn't perceive that as bad, and most of it disappeared when the Wall came down," Rüdiger explains.

She is quick to point out that neither she nor her clients are making a political statement. "When you eat a Halloren chocolate ball, it's a childhood memory."

David Grüner, founder of the "Ostalgie Kabinett" museum near Magdeburg, agrees. "When people see everyday items from those days, many have tears in their eyes."

Grüner has collected around 20,000 items from the former GDR for his museum. "People often ask us if they can buy things, especially the kitchen appliances, because they were such good quality and they liked that," he tells DW. Sadly, he has to disappoint them, as his museum would otherwise sell out in no time and have nothing left to show.

"A lot of people from the GDR still feel they don't belong or that they're strangers in unified Germany. Life in the GDR was just more manageable," Klaus Schroeder, sociologist and political scientist at Berlin's Free University. 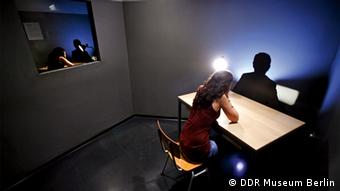 The GDR Museum in Berlin documents the Stasi's methods

Schroeder has done extensive research on the GDR and developments since reunification. His main theory is that the radical change from socialism to a free-market economy left many East Germans feeling that their biography and what they'd achieved was devalued and didn't count anymore. In 1990, scores of companies and their products disappeared practically overnight.

That's why, today, many people from the former GDR like to commemorate their former lives with products from those days. They want to demonstrate that they were not as bad as the West made them out to be.

"Forty percent of young people whose parents lived in the former East don't call the GDR a dictatorship, 50 percent even argue that democracy in West Germany was not flawless either," Schroeder says, adding that it's the desire to be perceived as on a par with the West that's behind these views.

He warns, though, that German society must watch out in case nostalgia turns into a distortion, a romanticization of the past. Ostalgia, he says, is not the problem, it's the more and more widespread political indifference.

Stefan Wolle, a historian who works at the DDR-Museum (GDR Museum) in Berlin agrees. That's why he tries to remind people of the harsh facts to avoid the rosy-eyed view some people have. 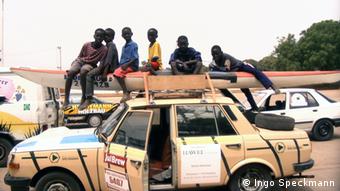 For example in a replica interview room of the Stasi (East German Staatssicherheit, or state security), which prosecuted and punished every attempt at resistance against the state. The visitors can hear original Stasi records via loudspeakers.

"Even the most precocious students suddenly go very quiet," Wolle says, adding that he is glad the wave of Ostalgia and its ideology seems to be past its peak.

"For the younger generation, the GDR is just history," he says.

The GDR lives on mainly on four wheels. The Trabant car, nicknamed "Trabbi" or simply "Pappe" ("cardboard") and the slightly bigger Wartburg were highly aspirational items in the former GDR. East Germans had to wait up to 10 years to get their hands on the wheel of one. Now they are still being spotted as souped-up versions at car rallies in Africa.

Or at weddings, if you hire one of Ingo Speckmann's cars, "people love it, and they often associate the cars with the sense of community in the GDR," he says. Knowing that others were waiting for their car, making spare parts yourself, all that brought people closer together. And all that has vanished, Speckmann says wistfully. And he doesn't seem to be the only one feeling that way.

Berlin celebrates the anniversary of the fall of the Wall

In November, Germany's capital Berlin celebrates the 25th anniversary of the fall of the Wall. Visitors can look forward to a mix of history, musical events, culinary delight and magic moments. (03.10.2014)