Berlin celebrates the anniversary of the fall of the Wall | Germany | News and in-depth reporting from Berlin and beyond | DW | 03.10.2014

Berlin celebrates the anniversary of the fall of the Wall

In November, Germany's capital Berlin celebrates the 25th anniversary of the fall of the Wall. Visitors can look forward to a mix of history, musical events, culinary delight and magic moments. 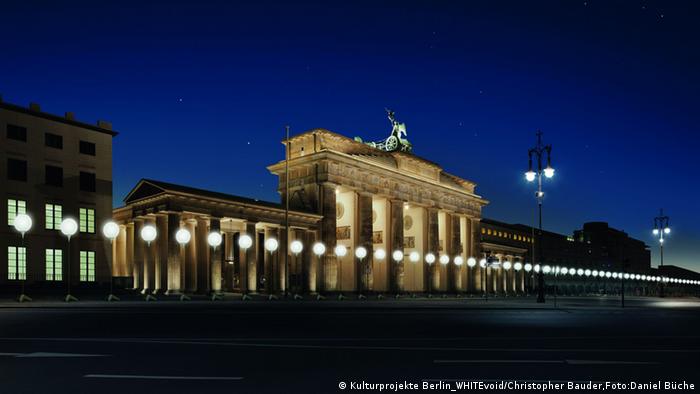 Berlin will soon be divided again - at least for three days in November. The highlight of the official commemorative events for the anniversary is a string of lights that will pass through the entire city where the wall once stood.

Some 8,000 white helium-filled balloons, illuminated, will be strung along the former no-man's land: from Bornholmer Strasse in the north, across the Mauerpark, past the busy Potsdamer Platz area, to the Oberbaumbrücke, the bridge spanning Friedrichshain in the east and Kreuzberg in the west. The lighted artwork will stretch across a total of 15 kilometers.

Brothers Marc and Christopher Bauder came up with the idea of the border made of lights. The film director and the lighting artist searched for a way to show people how vast the former barrier was.

"We want to make apparent the division left behind by the wall even long after the end of East Germany," Christopher said.

He came to Berlin from southern Germany in 1994, five years after the fall of the Wall. At that time, the division could not be overlooked. The former communist East Berlin differed significantly from West Berlin. Since then, the traces have become blurred, he said. "You can see it for example, if you have friends visiting. They ask, where was the Wall? Are we in the East or West? Sometimes you can't answer, because you've simply lost the awareness." 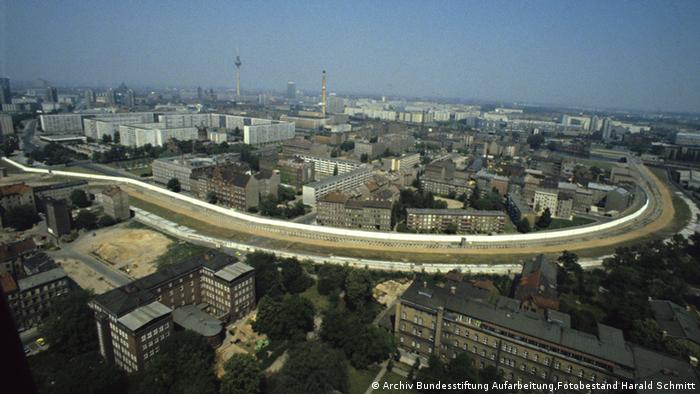 Now, commemoration of the fall of the Wall again highlights the decades-long division of the city. From November 7 to 9, visitors are invited to stroll along the former border, and take tours with detailed information at six different points.

Up to 100,000 visitors are expected for the Berlin anniversary weekend. To mark the occasion, tourism providers are offering a mix of new and existing packages. For example, the Kempinski Hotel Bristol on West Berlin's Ku'damm lets visitors drive a Trabant - East Germany's ubiquitous two-stroke car. According to the hotel, West German visitors have shown the most interest. 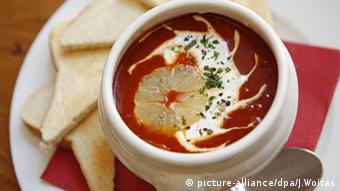 Will tourists stand in line for solyanka soup?

The Adina Apartment Hotel at Checkpoint Charlie has a special "Fall-of-the-Wall" package, and this year, in combination with a ticket for the GDR Museum, the hotel is offering traditional East German food.

For starters, there's solyanka, a spicy and sour soup originally from the Soviet Union. Königsberg-style meatballs - that is dumplings in a white sauce with capers - are the main course. East Germany's leadership actually renamed the traditional dish "cooked meatballs" because the city of Königsberg that gave the dumplings its name later became the Russian exclave Kaliningrad. The East German population, however, ignored the new name. For dessert, there's a rich layered cake called Cold Dog in German, made of plain butter cookies and chocolate. It remains to be seen whether the three-course dinner draws more curious tourists or nostalgic former East Germans.

Berlin theaters haven't waited around for the 25th anniversary of the fall of the Wall to stage Germany's division. For the past four years, the Kleines Theater in Friedenau has shown the "Oh, wann kommst du?" music revue, a humorous tribute to West and East German hit melodies from the 1960s to the 1980s. The successful musical "Hinterm Horizont", staged by the Theater am Potsdamer Platz, may not be a new production, either, but it is just as worthwhile and certainly befitting the anniversary. To songs by West German rock musician Udo Lindenberg, it tells the cross-border love story of a West German singer and an East German "Freie Deutsche Jugend" (Free German Youth) movement activist. 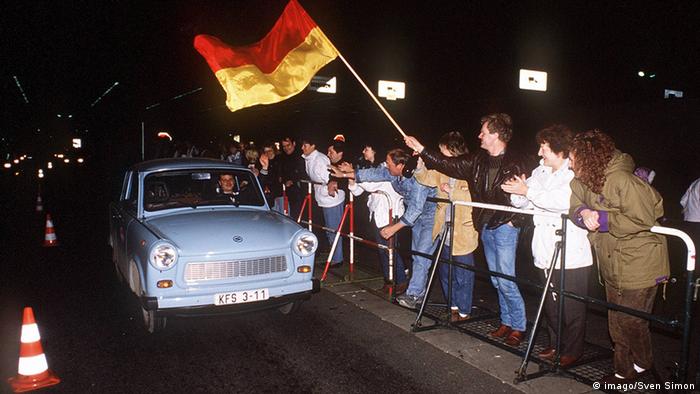 On November 9, leading politicians, among them Chancellor Angela Merkel, civic groups and witnesses to the era are invited to the central memorial service at the Chapel of Reconciliation at the Berlin Wall Memorial at Bernauer Strasse. This where a section of the wall was built 25 years ago, and today, visitors to the two kilometer long strip stroll past original sections of the Wall, reconstructions and a sector complete with watch tower, barbed wire and walls.

Visitors can thus experience recent German history in many different ways in Berlin.

What the tourists won't be able to experience is the unbridled joy people felt when finally, after 28 years, the wall fell on November 9, 1989.

But the Bauder brothers hope their light installation will create a magical moment of its own.

They plan a countdown by the Staatskapelle Berlin and then, at 7 p.m. that Sunday night, the thousands of illuminated helium-filled balloons will be released - and fly away, up into the night sky.

A former foreign minister of West Germany has met with 1989's East German refugees in Prague; and commemorated events that led to communism's collapse in Eastern Europe. (30.09.2014)

Poor lighting, bad sound, a half-finished sentence: Hans-Dietrich Genscher's balcony speech in Prague lasted only seconds, but it was an emotional Big Bang that culminated in the fall of the Berlin Wall. (30.09.2014)

On October 4, 1990, Helmut Kohl announced that it was in Hungary where "the first stone was knocked out of the wall." The first holes appeared in the Iron Curtain following an August picnic in Sopron. (19.08.2014)